Jay-Z is no stranger to big purchases, and his new watch may be the most expensive accessory he’s bought so far.

Not that long ago, he and wife Beyoncé commissioned a custom-made Rolls Royce, worth a whopping $28 million. In May, the luxury brand unveiled the model — called Coachbuilt Boat Tail — which comes with a fully customizable experience (perfect for a power couple like Jay and Bey).”Boat Tail is our most ambitious project yet,” Rolls-Royce CEO Torsten Müller-Ötvös said via the company’s website. “Coachbuild, in collaboration with its clients, has ignored all preconceived notions of possibility and set a new standard. This is Bespoke at its purest.”

Though Rolls-Royce didn’t disclose the “clients” behind the car, a few clues point at Jay and Beyonce. For example, the car comes with a double refrigerator storing “the clients’ favorite vintages of Armand de Brignac champagne,” per its description. Considering the fact that Jay-Z is part owner of the champagne brand, it may be safe to assume he requested such a feature.

As if that wasn’t enough, the mogul has recently commissioned a one-of-one luxury watch … which cost him a pretty penny. Scroll to find out more. 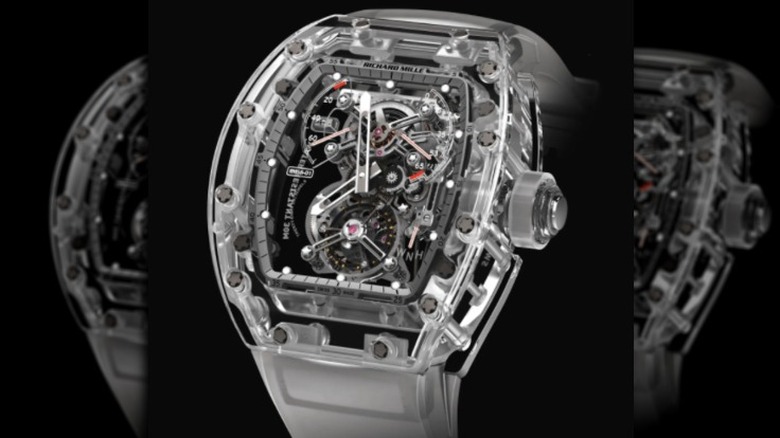 The watch, as seen on Jay-Z’s wrist in a recent Instagram post from Quavo, is a Richard Mille RM 56-01 Tourbillon in a new green sapphire version. As Insane Luxury Life noted, this custom version is one of the most expensive Richard Mill watches ever, with a price tag of $3 million. The customizer, Alex Todd, posted the aforementioned watch via Instagram Stories, adding that Jay-Z’s model is a very rare edition. “1 of 1 Non Before Non to Come #MilleSeason,” he wrote (via Complex). And according to Todd, although the retail price is $3 million, its actual value is “way more.”

Jay-Z’s latest Richard Mille timepiece may be his most expensive yet, but this isn’t the first time he has gotten his hands on a customized watch from the same brand. In 2019, for example, Jay-Z purchased a $2.5 million Richard Mille 56 in a custom blue sapphire edition, per GQ.