Earlier this month, James May made his return with his new Amazon Prime series, Our Man in Italy. Following the success of his first series, Our Man in Japan, The Grand Tour host was back as he travelled across Italy trying his hand at a number of challenges. However, speaking in an exclusive interview with Express.co.uk and other press, James admitted there was one scene in particular which didn’t make the final cut.

The former Top Gear star went on to recall “the most embarrassing” challenge he had to take part in,

“Well, there was a really embarrassing bit that hasn’t made it which was some dressing up…” James began referencing the cut scene.

“The crew like dressing me up for some reason, they’re almost a bit kinky about it.

“The bits that are in…I think if you could have seen the whole thing, that most embarrassing thing would be canoe polo because I don’t fit in the canoe.” 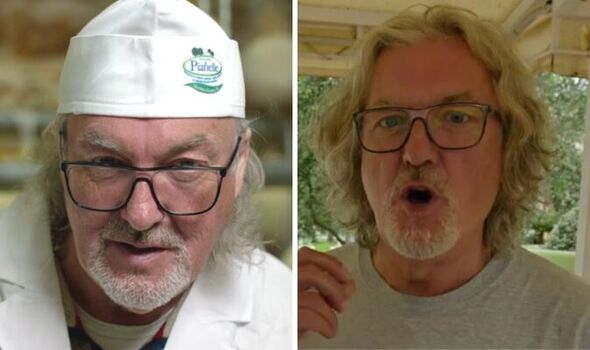 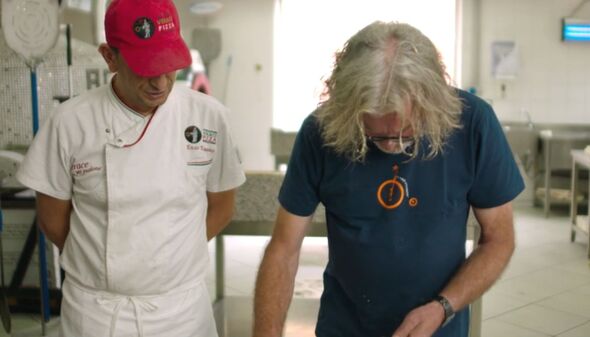 He continued: “I’ve only ever paddled a canoe twice in my life and that was many years ago.

“To be honest, I felt a bit pervy… maybe because I’ve become a province of the woke age, but it just didn’t seem right.

“I looked terrible in the…not a wetsuit…those legging things. I just looked like a really bad ballerina.” 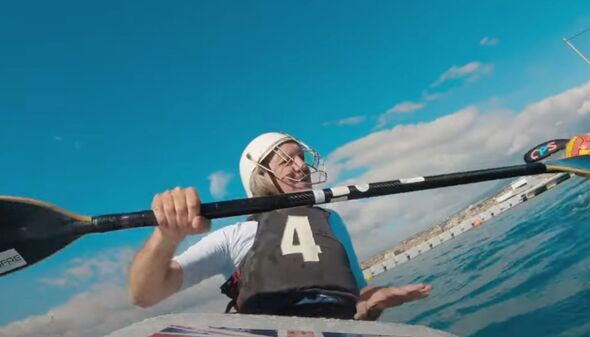 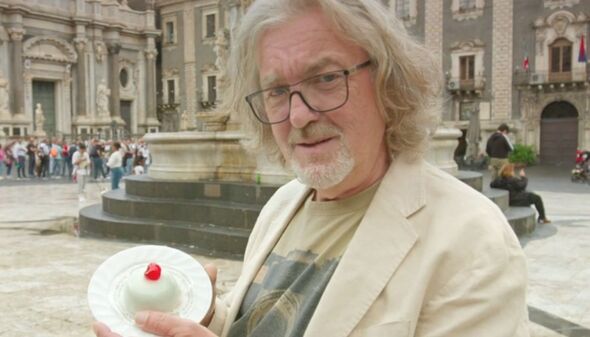 When asked about refusing to take part in something bosses have asked him to do, the 59-year-old admitted: “Oh, God yeah, all the time.

“I always say, ‘I’d like to do this, this and this’ and they rather begrudgingly allow me to do those things but then the crew and producers come up with some surprises.

“It just makes better tele if I don’t know what is coming up.”

“If I was left to my own devices I would do craft, art, I’d look at some famous buildings and I would explore some spas,” James went on to say.

“The crew and producers basically want me to be uncomfortable, dress, up have a terrible time and hurt myself.”

Throughout Our Man in Italy, James visited some of the country’s iconic landmarks, as well as trying out some of its traditions.

During his trip, he also set out to explore Italy’s culture, food, industry, and even a bit of sport.

During one segment, James left an Italian chef horrified when he made a full English breakfast pizza.

“I am speechless,” the chef sighed as he watched the presenter crack an egg on top of his pizza.

When James’ show was renewed last year, the series was thrown into jeopardy because of the coronavirus pandemic.

He was initially meant to take viewers to America, but because of restrictions, show bosses had to change their plans at the last minute.

Despite the setback, the car fanatic has reassured fans that he hopes to take his show to the US very soon.

James May: Our Man in Italy is available to watch on Prime Video.