This Morning: James Martin prepares a sausage and apple pie

James Martin’s Saturday Morning airs every week between 9.30am and 11.40am as he kick-starts the weekend with a selection of culinary classics and celebrity guests. However, the ITV cooking programme was cancelled today as ITV paid tribute to Prince Philip after it was revealed the Queen’s husband had died yesterday.

The broadcaster continued its coverage of the Duke of Edinburgh’s death this morning with ITV News airing until 10.30am.

This was followed by Prince Philip: A Royal Life which saw ITV News Royal Editor Chris Ship reflect on the Duke’s most significant moments.

Chris looked at how the son of a Danish prince ended up marrying the Queen and how he has been a pillar of support ever since.

The special news programme will be followed by the live royal salute in memory of the Prince. 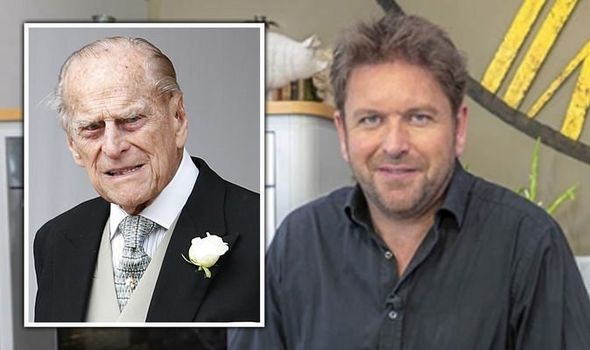 Fans of TV chef James will still get their slice of the kitchen action this weekend as his show has been postponed until tomorrow morning.

The Saturday Morning instalment which would have aired today will broadcast on ITV on Sunday at 9.30am.