JAMES Argent was spotted arriving in Manchester this afternoon in the wake of his split from Gemma Collins.

The GC is also in the northern capital this weekend but James is avoiding a run-in with his ex after she called him an "embarrassment to be around". 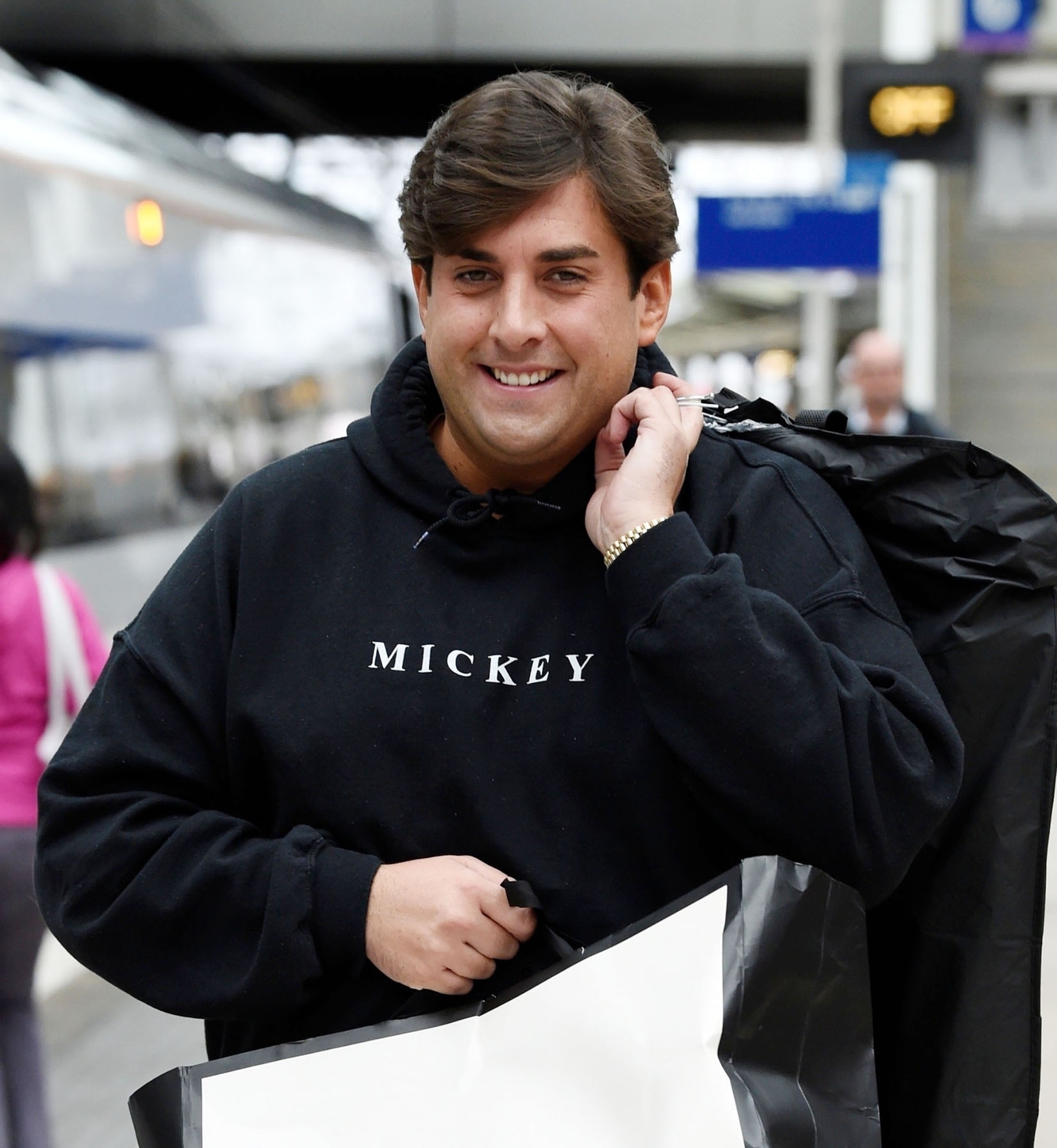 James was all smiles as he got off the train clutching a Gucci bag and wearing a Mickey Mouse sweatshirt while carrying his suit.

The crooner is booked to perform at the second annual Twinkle Ball arranged by Christine and Paddy McGuinness to raise money for the National Autistic Society.

A source close to the Towie star said: "He is in Manchester for the Twinkle Ball that is being hosted and arranged by Paddy McGuiness and invited Arg to perform."

Meanwhile, Gemma was back to her glamorous and smiling self this evening as she prepared to film Stephen Mulhern's new game show with Joel Dommett. 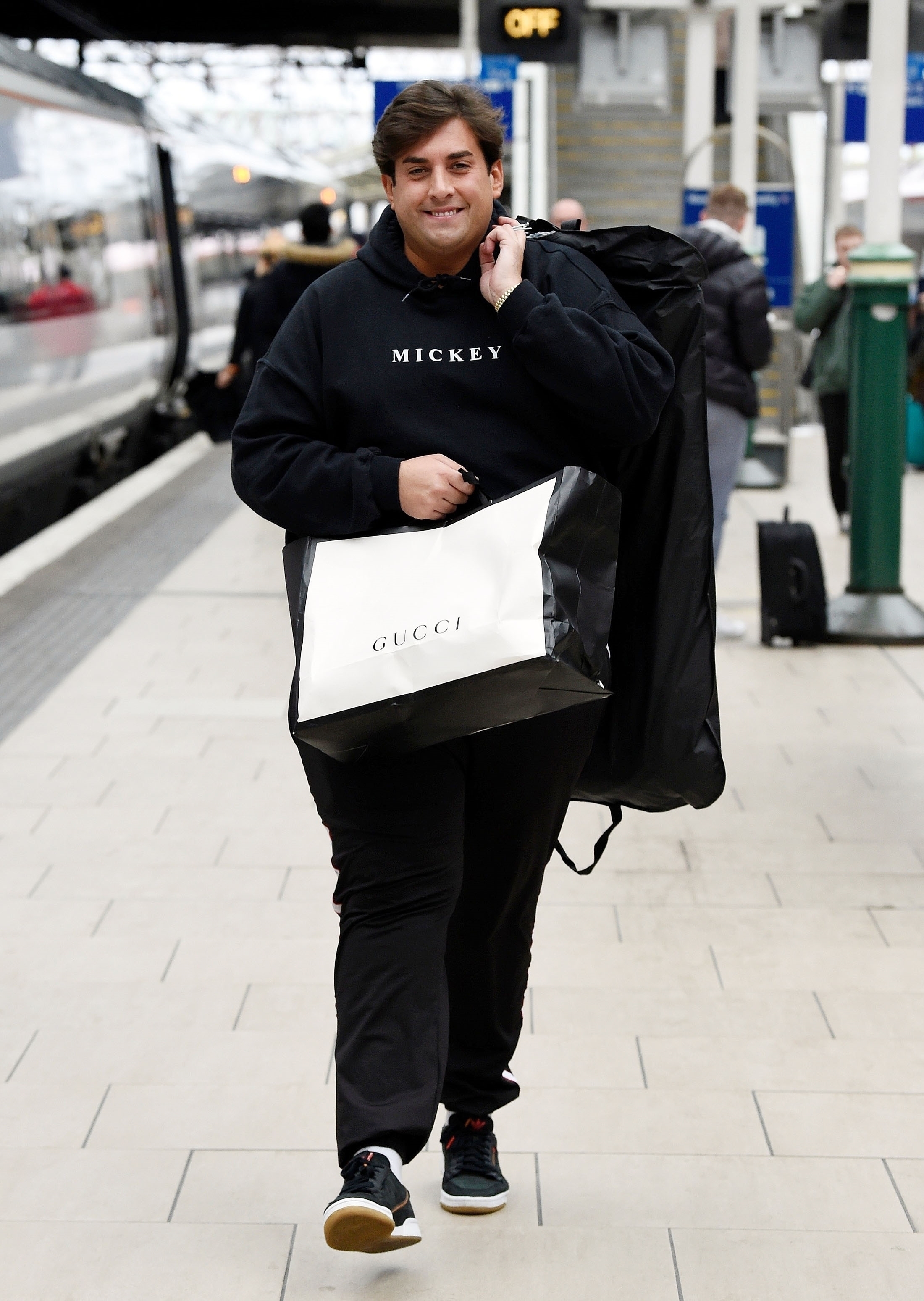 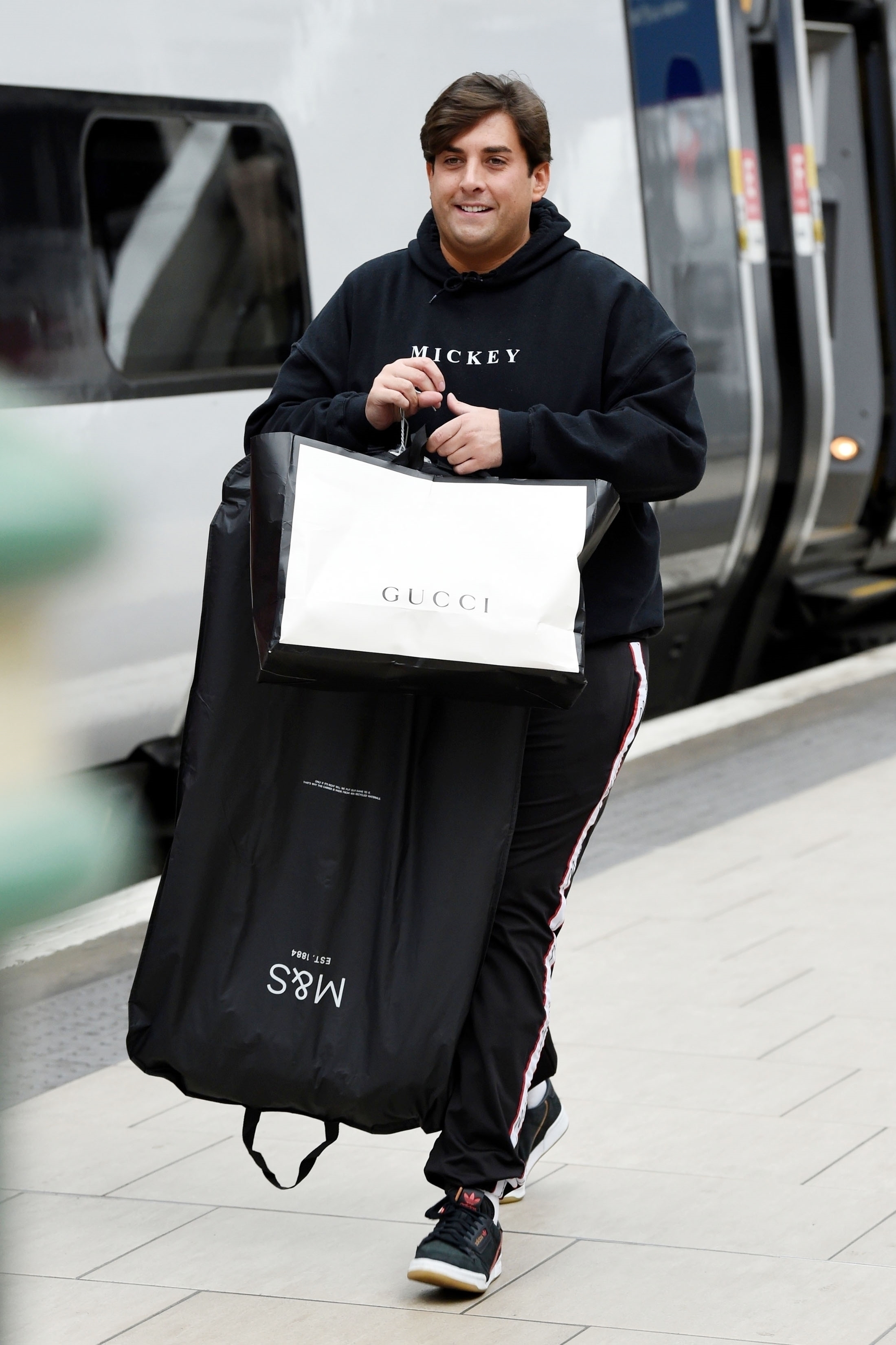 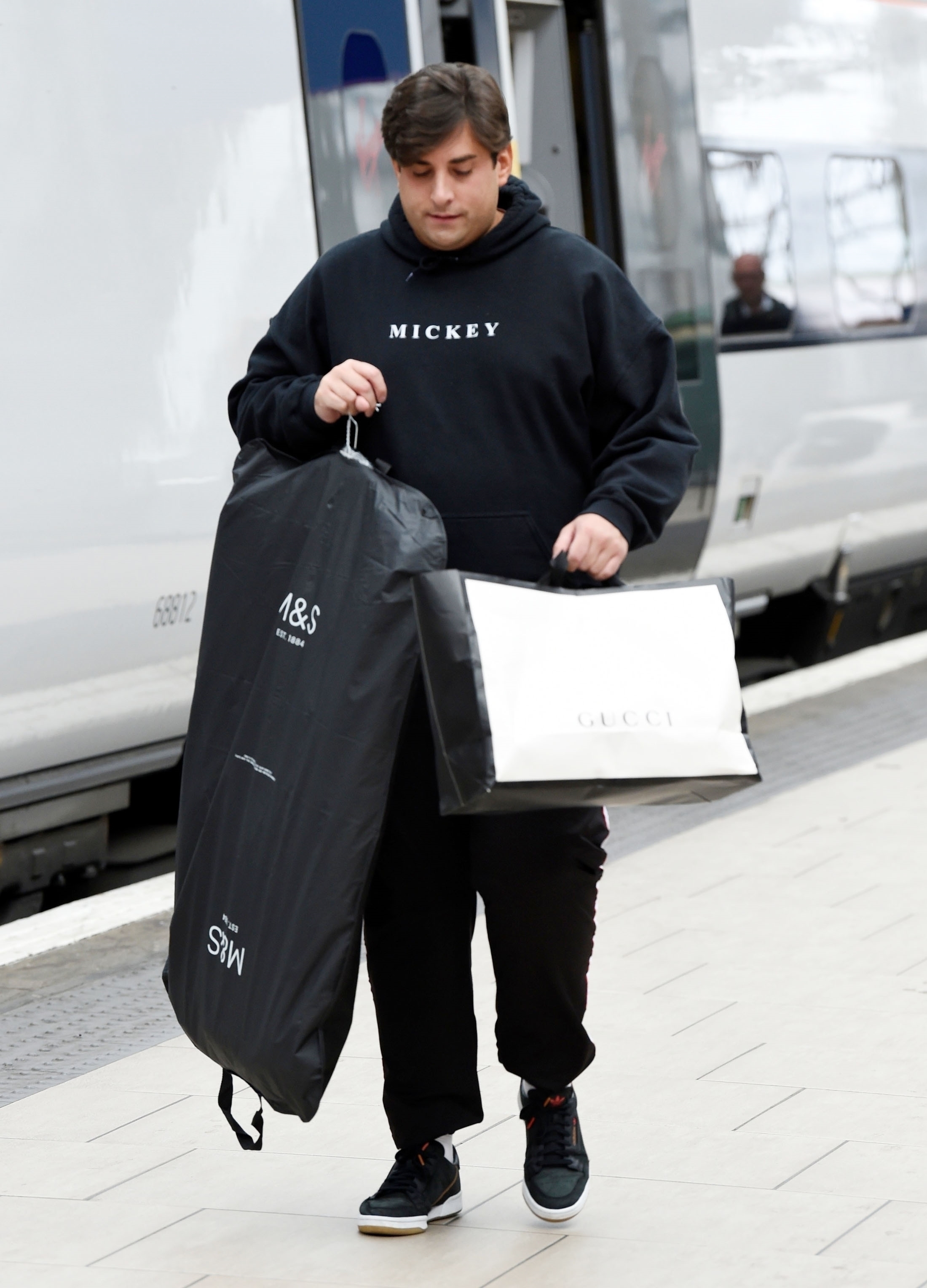 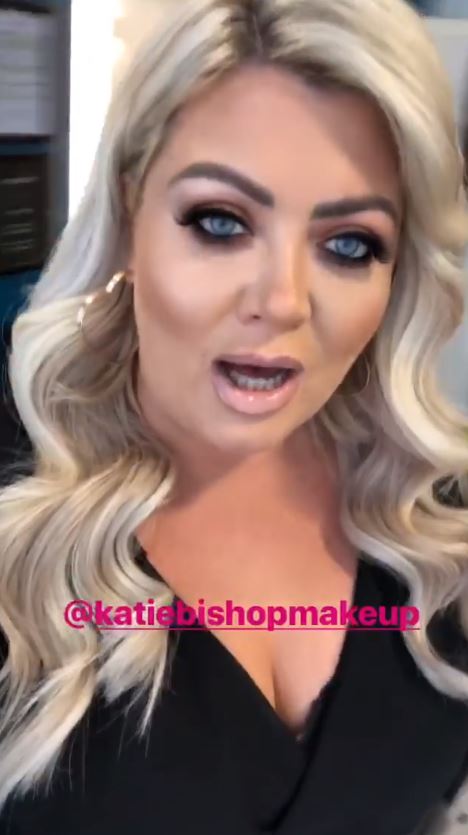 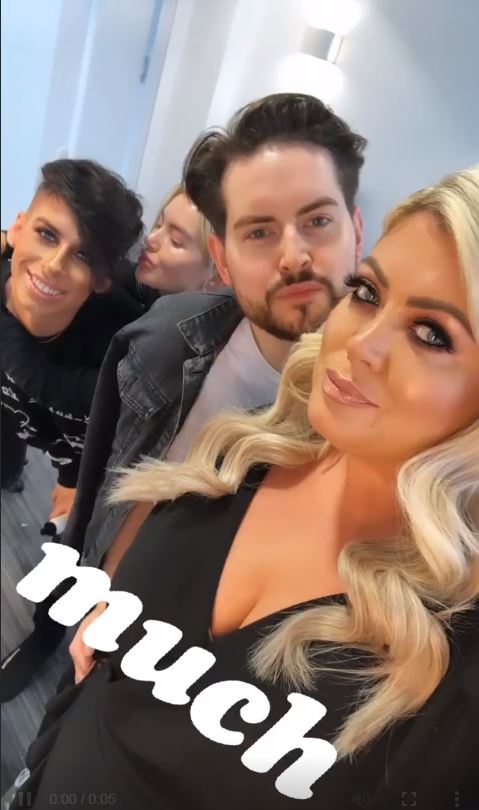 Earlier today we revealed Gemma and James have split and unfollowed each other after a row where the Dancing on Ice star branded him an "embarrassment to be around".

Gemma also blocked James from calling her after the bust-up. 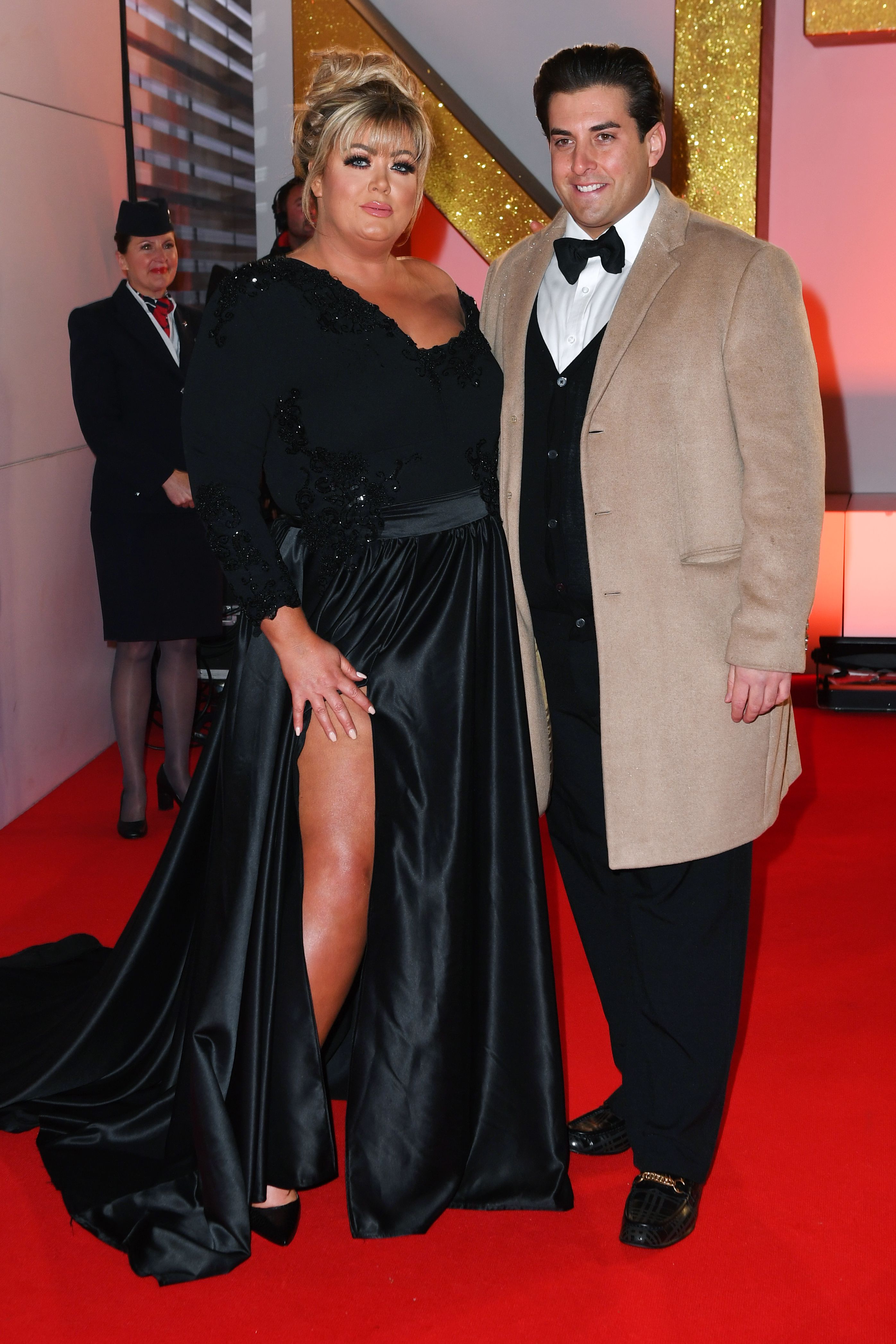 Sources close to the couple told The Sun the argument stemmed from an argument over James' recent weight gain which led to their break-up.

A source said: "They had a big bust-up and Gemma said James was an embarrassment to be around after he began putting on a lot of weight again.

"At the moment Gemma is determined to get on with her life and wants to be alone without any visits from James."

Gemma was seen in Manchester this morning arriving for filming looking downcast. 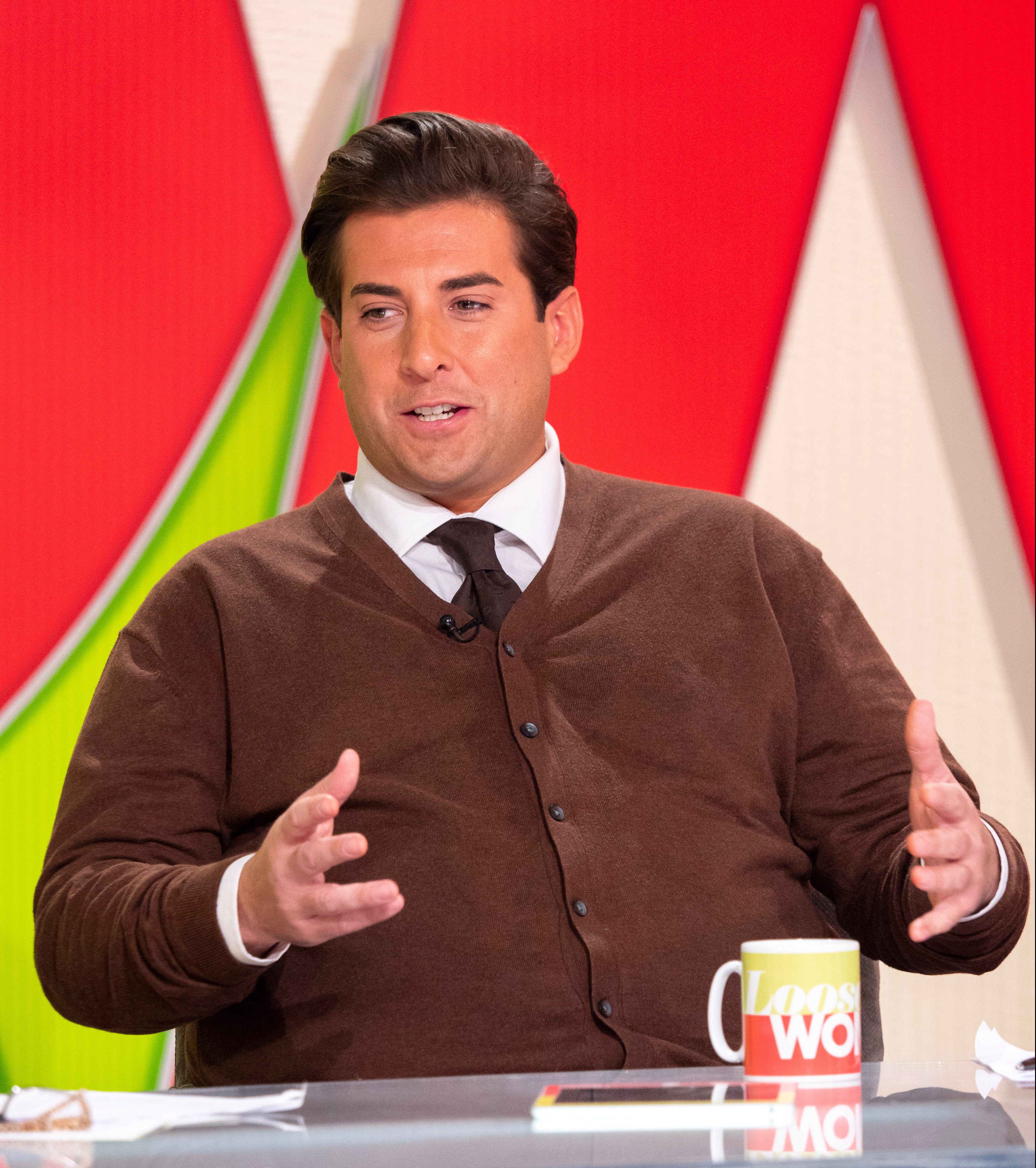 The source added: "She's pretty cut up about it but friends are saying that they wouldn't be surprised if they got back together, considering their history."

Gemma dumped James back in February after he posted a video of her snoring, then told her she had “more rolls than Greggs”.

The mortified Dancing On Ice star was also called a “fat joke” by long-term lover Arg.

She kicked the Towie star out of her Essex home after he shared a clip online of her fast asleep – and pictures later emerged of him desperately trying to get back in.

Arg then blitzed Gemma with a string of messages about her weight, telling her: “You are a fat joke of a woman. An absolute car crash! You’re nearly 40 f***ing years old, you embarrassment.”

But he continued: “You fat horrible lump. Nasty mean woman. Who the f*** do you think you are? You’ve got more rolls than Greggs.”

The pair got back together at the start of last month after a trip to Paris.