Tony Slattery is part of one of Britain’s golden generation of comedians, having gone to university with the likes of Stephen Fry, Hugh Laurie and Emma Thompson.

The star has gone through serious mental health struggles over the years, becoming addicted to drugs along the way, but Tony was welcomed to the This Morning sofa with a smile on his face.

The comedian admitted he felt nervous about his upcoming interview to hosts Phillip Schofield and Holly Willoughby, but as he shared his battles and getting started at Cambridge University, both the presenters praised him for opening up on the ITV programme.

Despite this, some viewers were left incredibly shocked by how different the comedian looked, saying they could “barely recognise him”.

Taking to Twitter to comment on the segment, one person wrote: “F*****g hell I never even recognised him then #ThisMorning.”

A third agreed: “So unrecognisable now. Very funny fella in his prime. Good to see that he is still with us and getting better. #ThisMorning.”

While a fourth shared a picture of Tony in his younger days, saying: “Granted this is years ago but what a difference #shocking #ThisMorning.”

“I would’ve never recognised Tony Slattery proving once again that no matter how much money you have or how happy you appear to be depression/bipolar [disorder] can hit anyone at any time #ThisMorning,” a fifth added.

Others shared their support for the star, with one person praising: “Tony Slattery’s interview on this morning is absolutely wonderful. such an open conversation about mental illness and how it doesn’t discriminate. Glad to know he’s doing better now #thismorning.” 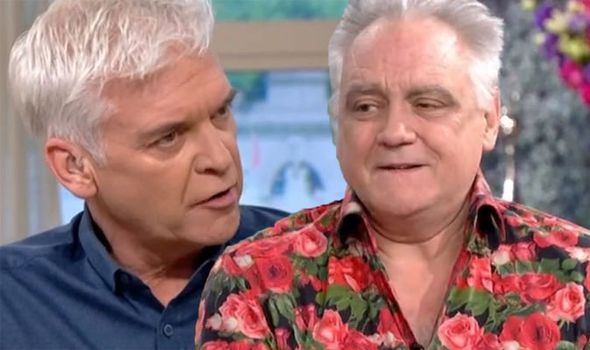 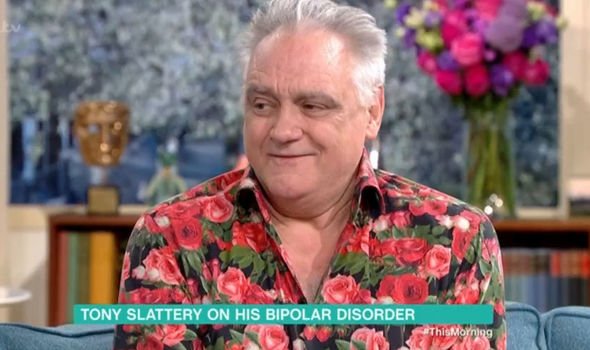 “Very brave of @TheTonySlattery speaking out about his mental health, depression and addiction issues. #ThisMorning,” another noted.

A third said: “#ThisMorning fair play to Tony Slattery for coming on the show you can tell he is so nervous.”

“I always liked Tony Slattery very funny man I hope he can get back to what he’s good at soon #thismorning,” a fourth enthused.

Also during the interview, Tony shared a hilarious conversation he’d had with a member of the production staff on the show.

“I’ve met her before and she’s lovely,” the guest began. “And she said, ‘Tony I think you’re doing some really good stuff. 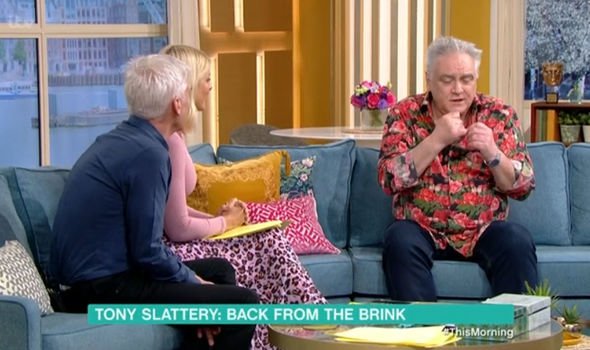 ‘I think you’ve been through a really rough time but for 70 you’re looking great.’

Phillip and Holly immediately burst out into a fit of laughter, as Tony shared the woman’s response.

“So she just said, ’Oh well I’ll just start the tape’,” he chuckled.

Reflecting on the pre-recorded interview, Phillip gushed: “He’s such a lovely guy… on a better road.”

“Lovely to see him speaking so openly and honestly,” Holly agreed.

This Morning continues weekdays at 10.30am on ITV.