When asked why he decided to end Season 13 of “It’s Always Sunny in Philadelphia” with an unprecedented modern dance sequence, co-creator, star, and dancer Rob McElhenney said a recent experience reframed his perspective on the long-running FX comedy.

“Something sort of extraordinary happened to me when Mac came out [last season],” McElhenney said during a TCA panel earlier this year. “I had a massive response [from] our fans in the LGBTQ community that reached out and told me how moved they were and how important it was to them that they felt represented on a show that they loved. I was not expecting that — I mean, thousands and thousands and thousands of people.”

McElhenny said he didn’t expect a satiric series like “It’s Always Sunny” to connect on such a personal level. “I just assumed that people were laughing along with us,” he said. “I didn’t think we were that kind of show, and it turned out that we were.”

The ending of Season 13 offers a sincerity that separates it from other episodes, and an execution that elevates it above its peers. In “Mac Finds His Pride,” written by McElhenney and Charlie Day, the gang builds a float for the Pride parade (“to rope in the gays” to Paddy’s Pub) and wants the newly out Mac to be their “prize gay.” But Mac doesn’t want to do that. “I don’t know where I fit in as a gay man, and it’s starting to get to me,” Mac tells Frank (Danny DeVito). “I’m not feeling very proud.” 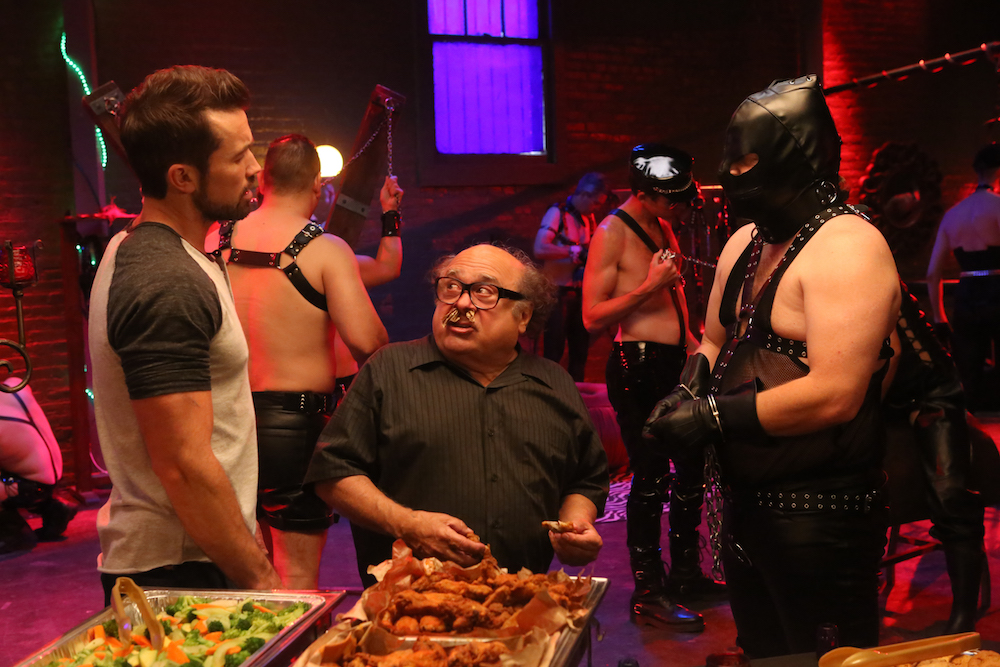 But Frank doesn’t “get” Mac as a gay man — not that he’s against it, he just doesn’t understand — so the two go out to “find his pride.” After a misguided trip to an underground S&M bar, Mac realizes he needs to come out to his father before he can be proud of who he is, and he needs to do it his way.

That translates into a two-person modern dance routine where a sopping-wet Mac and an unnamed professional dancer push and pull each other across a black stage as fake rain falls down on top of them. Lasting over four minutes, the precisely choreographed ballet (by Leo Moctezuma and Alison Faulk, who also worked on “Magic Mike”) wows the crowd of inmates, if not Mac’s incarcerated dad who leaves halfway through. More importantly, when it’s over, a visibly moved Frank understands who Mac is inside. “Oh my God,” he says. “I get it.”

It’s the kind of self-serious artistry that “Sunny” would normally lampoon. Instead, it connects with viewers in the same way it connects with Frank. Whether you can explain the meaning of each movement or not, the scene evokes change by embodying it. You understand why it works simply by watching it.

“Once we stumbled on the episode becoming more about Frank being more tolerant and accepting something, we thought, ‘Well, this is something we haven’t really done’ — our characters rarely change or learn,” Charlie Day said. “It was nice to tell a story that way. Most of the episodes are still […] just they’re there to be funny, but it was nice to try something, for lack of a better term, heartfelt.” 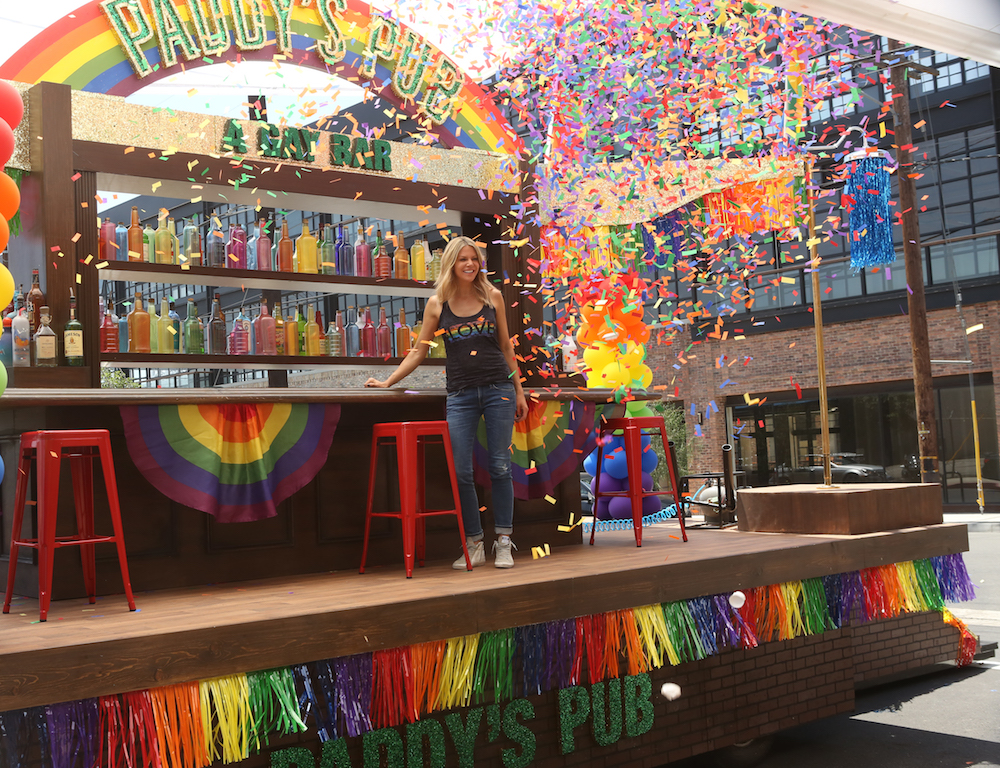 Aiding in that newfound purpose was McElhenney’s new bod, and his dedication to the scene mimics his dedication to himself. The actor’s incredibly toned physique, first unveiled in the Season 13 premiere, adds to the beauty of the dance’s composition. The shadows capture his curves in a way that highlights the male body, helping to convey the character’s wants, desires, and sense of self. This is the guy Mac always talked about being without ever actually becoming. After years of “cultivating mass,” he was finally able to “harvest” it once he came out to his friends.

Years ago, McElhenney took the opposite approach to “Sunny” Season 7 when he gained 50 pounds on a whim. Suddenly, Fat Mac was there, with no real explanation and no real purpose. Sure, the abrupt transformation served as a commentary on the unrealistic nature of TV stars’ bodies, as McElhenney explained at the time (and embodies again as Fit Mac), but it wasn’t a requisite to Mac’s journey. Fat Mac was just funny.

Fit Mac is more than that, and the finale proves how much more. Mac’s ripped bod is critical to taking the modern dance as seriously as it aspires to be. If Fat Mac had done the same routine, it would have been laughable. In fact, it was laughable, back when Season 7 finished on a sweaty, drunk, and delusional Mac screaming into his high school auditorium after embarrassingly losing a dance-off.

No situation in Season 7 was as serious or substantial as Mac coming out to his dad in Season 13, so this is no swipe at the past. It goes to show how far McElhenney, Day, and Glenn Howerton have come as storytellers, what the former is willing to do as a performer, and what “It’s Always Sunny” can do in 2018. Before, people were laughing along with the gang. Now, they can be inspired by them, too.