Martin Roberts has presented Homes Under the Hammer since it began in 2003. He first fronted the BBC One show alongside Lucy Alexander and then in 2015, retired footballer Dion Dublin joined the line-up. A year later, Lucy announced she was stepping down from her role and in 2017, Martel Maxwell was revealed as the new host replacing Lucy. But how much time do the presenters spend together? Express.co.uk spoke exclusively to Martin about being part of such an iconic show as well as the projects he embarks on when he isn’t filming.

On how much time he spends with Dion and Martel, Martin said: “The only time we get together, is for the link days when we film a number of the bits that link the show together.

“And that ironically is the only real-time we get together!” He continued. “We text each other and things.

“But in terms of seeing each other, although we’re seen on TV together every day, we don’t get together often, which is a shame really, because we always have a laugh when we do!” 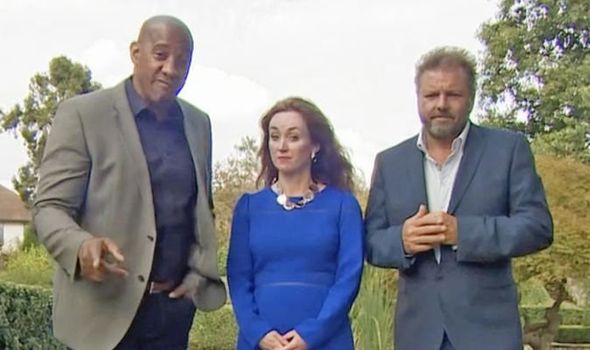 It comes after the presenter spoke about Homes Under the Hammer potentially moving to primetime.

The BBC One show has sat in its 10am slot for many years and over the past year, it has gained a whole host of new fans.

The coronavirus pandemic saw the majority of the nation stay at home and with limited things to do, many found themselves joining Martin, Dion and Martel as they looked around the latest property which sold at auction.

Martin has always wondered why the show has never been moved to a later time in the day.

“A lot of people flick through daytime telly, don’t they?” he said. “I believe it has a special place in people’s hearts, in lots of ways, because of where it is in their life. 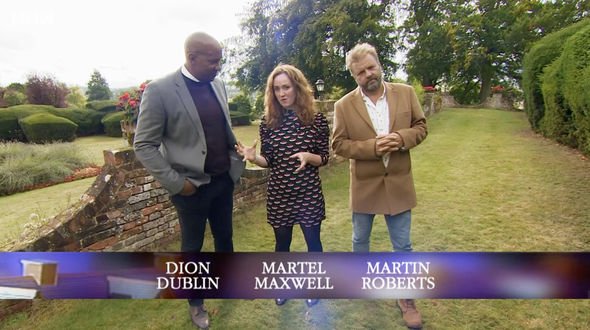 “Primetime TV is really, really great. I’ve always wondered why Homes Under the Hammer has never been moved to primetime and yet it does so well in the daytime.

“So you would’ve thought, ‘would that translate to prime time?’ And other shows in [the] daytime have been moved to primetime, so I’ve never quite been able to figure it out.

“But then, on the other hand, daytime TV just does have this relationship with its audience, which in some ways, is really precious and primetime, in some ways, doesn’t. It really is interesting and it has such a loyal following,” the property expert continued.

When Martin isn’t hosting Homes Under the Hammer, he is busy developing his own property portfolio.

He revealed, especially in the last year, people have had a change of heart when it comes to their careers and many have been inspired by the show to give property development a go.

“I’m not only on telly talking to people about how to do it but also I do property training courses where we try and engage people on how to become professional property developers,” he explained.

“I believe that people, especially now, having been through what we’ve been through, [are] looking for perhaps alternative ways to secure their income, just maybe making that change of life and doing some they’ve always wanted to do, realising that you don’t know what’s around the corner and life can throw anything at you.

“So [if you] want to go and live your dreams, and if you can get to those through financially through property, then why not give it a go, if you’ve always wants to build your own house or renovate a house or move or whatever.

“A lot of people have taken this as a kick in the bum to do that,” Martin continued.

“We all get stuck in our little routines and to break out of that is naturally quite hard, but we’ve had change forced on us.”

Homes Under the Hammer airs weekdays at 10am on BBC One.