Gino D’Acampo has left viewers in hysterics time and time again over the last 12 years, from renaming toad in the hole as ‘sausage in the hole’, to calling a pregnant Holly Willoughby ‘up the fluff’, but one iconic moment reigns supreme.

Some fans may remember a scene, which has now become a viral meme, of Gino calling his grandmother a bike on ITV’s This Morning.

The celebrity chef was cooking up an authentic Italian macaroni cheese for Holly and co-host Phillip Schofield, but when Holly made a small comparison about his food, Gino stopped in his tracks.

Holly remarked that if the pasta dish had ham in it (with Gino already dismayed), his authentic Italian meal would be ‘closer to a British carbonara.’

Clearly sensing the tension, Phil, on the other side of Holly, quipped in: ‘Oh no, I’m glad you’re standing there.’ 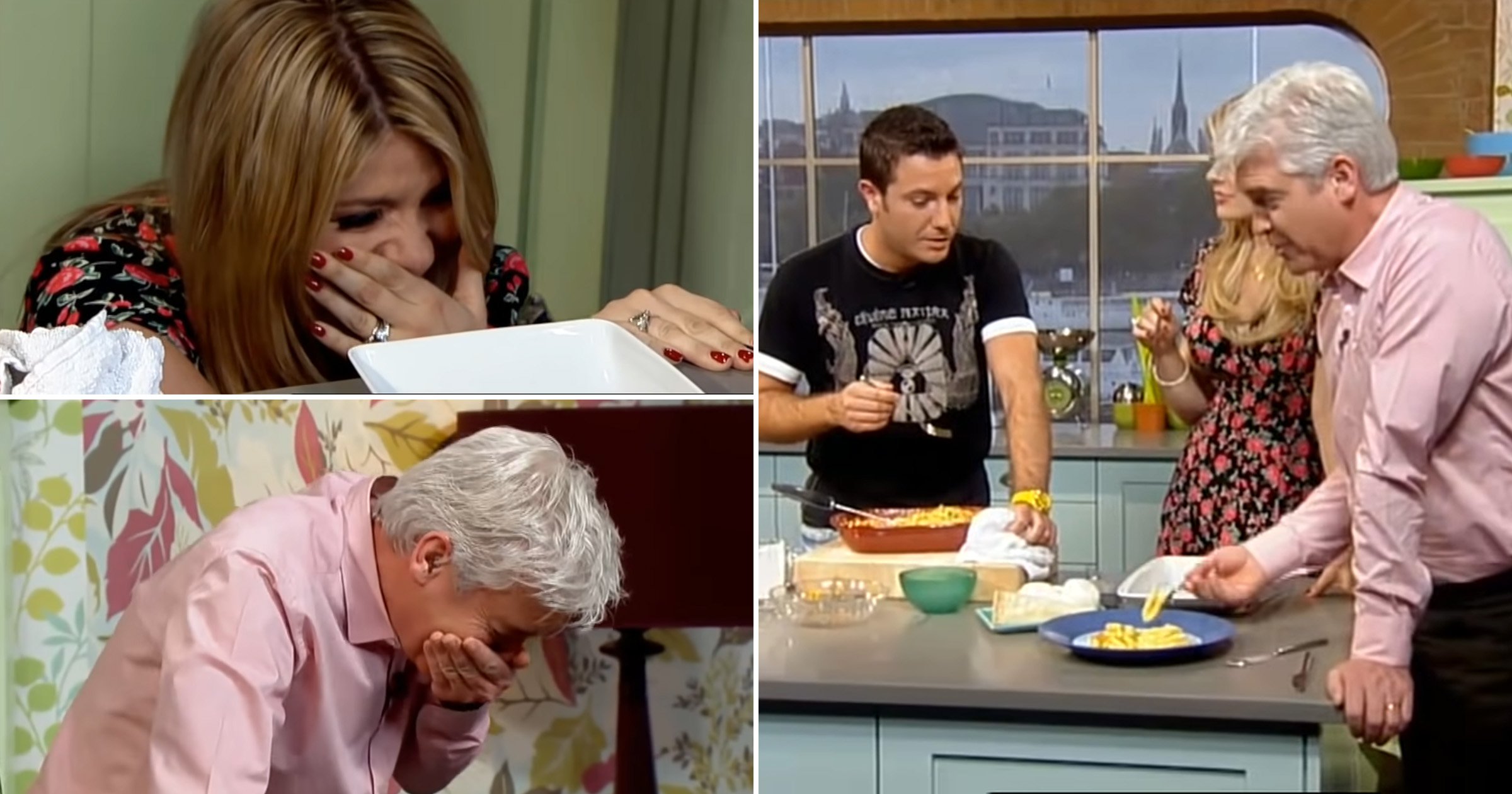 And then came the iconic quote, as a shocked Gino replied: ‘If my grandmother had wheels, she would have been a bike,’ leaving Holly, Phillip and all of us watching at home in hysterics.

He added: ‘What the hell? It doesn’t make any sense what you said.

‘It’s a different recipe, it has nothing to do with macaroni cheese,’ before turning to the camera and pleading to viewers: ‘Please anybody help me.’

‘You nearly polished both of us there,’ Phil chimed in.

Despite usually causing chaos on the show, Gino recently announced his departure from the ITV daytime programme as he prepares to head to Italy for several months.

‘I’m a little bit sad today because I’m going to go to Italy very soon in the next few days,’ Gino said.  ‘This is my last This Morning.’

Addressing his fans, he then stressed: ‘Do not panic because I have got so many beautiful things for you guys,’ after confirming he would be returning later this year.

This Morning airs weekdays at 10am on ITV.