As the country with the highest number of prisoners under lock and key, perhaps it’s not surprising that many of our correctional institutions have taken on a mythic status, their names alone sending a chill: Sing Sing, San Quentin, Folsom, Leavenworth, Joliet, Marion, Angola.

One prison more than any other triggers a visceral reaction: the state penitentiary in upstate New York known as Attica.

It was 50 years ago in September when prisoners there seized control of the facility and took guards hostage, igniting a standoff that ended with state troopers and police slaughtering inmates and hostages alike. The Showtime documentary Attica, a contender for Oscar consideration, explores what happened there in thorough and sometimes graphic detail. 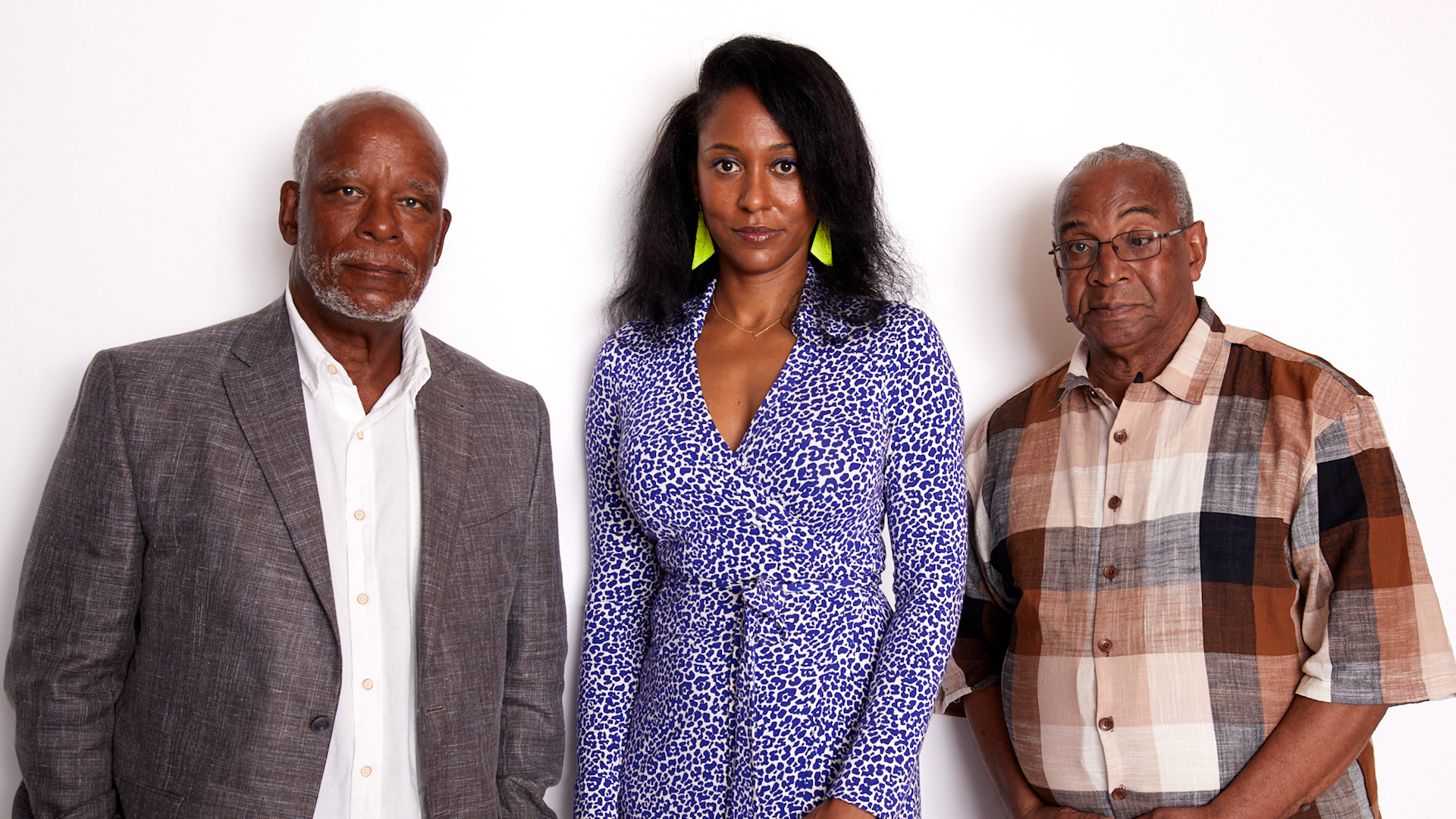 “There’s just a stickiness to this story that once it gets a hold of you and you really see it and feel it and understand it, it just doesn’t let go,” Traci A. Curry, who directed the film with Stanley Nelson, tells Deadline. “There have been other prison uprisings that we could be talking about here today, but we’re not. We’re talking about Attica because, first of all, the cameras were in there.”

Curry and Nelson drew from extensive archival news footage of the events that began on September 9, 1971. They spoke with former prisoners who survived the rebellion and crackdown, observers alive today who had been brought in to try to defuse the situation, family members of former guards, and reporters who covered the standoff. It took diligent detective work to track down some of them.

“A lot of looking through some of the court records to find the names of the prisoners and testimony that they had given years ago when the [legal] settlement happened,” Curry explains. “And just sort of digging around, and cold-calling those folks. Looking at the old news reports.” 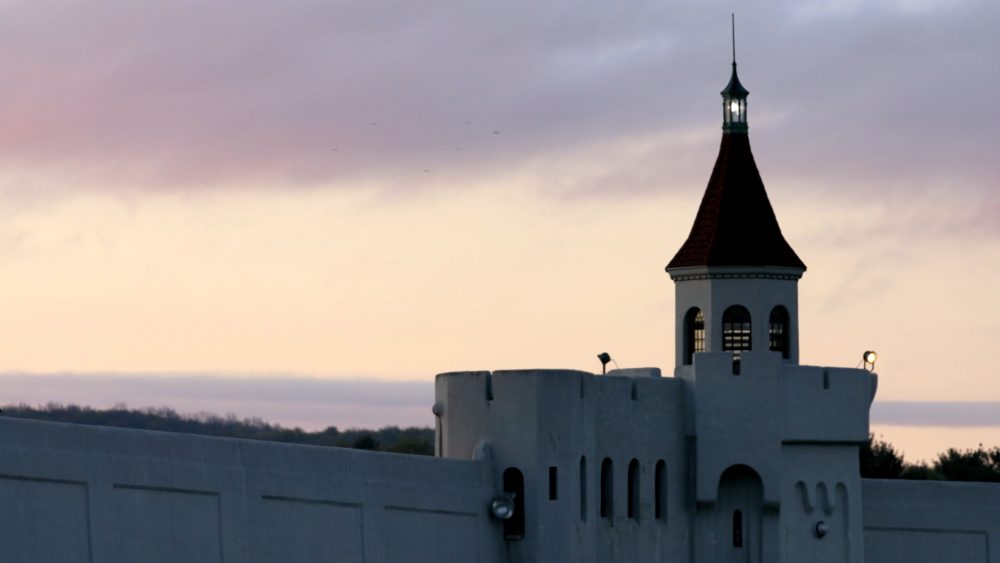 The film explores what conditions were like in Attica before the uprising. The word that comes to mind is grim.

“They would give [inmates] one roll of toilet paper a month. That’s all you got. They were fed pork all the time, and it was a huge growing Muslim population [in Attica]. They were fed on 63 cents a day, 21 cents a meal,” Nelson says. “It was just a really awful place. And then they were subjected to the violence of the guards and that was pervasive.”

The guards were white; most of the prison population was made up of people of color. A guard goon squad would sometimes grab prisoners from their cells at night and beat them. Ex-prisoners told the filmmakers an atmosphere of dehumanization governed Attica.

“You hear them talk about when it was time for the prisoners to move throughout the prison there was no verbal communication like, in any other circumstance, one person would give to another. It was a stick tapping the wall,” Curry says. “There was also just this basic negation of humanity in terms of how the guards and the prisoners related to each other.” 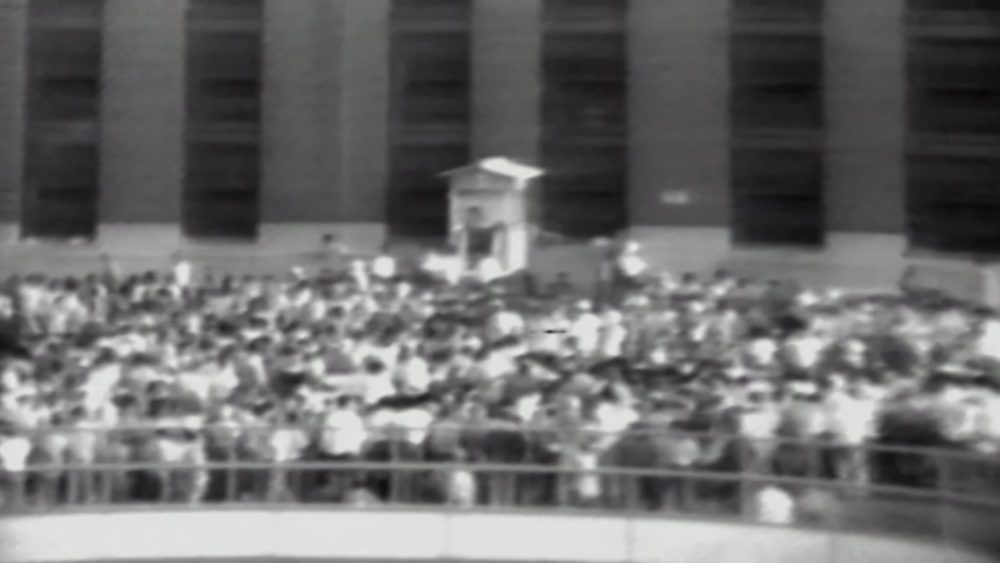 Prisoners issued a list of demands after taking over Attica, among them more access to showers and expanded visiting hours; the outside mediators deemed most of the demands reasonable. Negotiations stalled over one key point: inmates wanted a guarantee they wouldn’t face prosecution over the uprising, which became an untenable position, especially after a guard hurt in the initial takeover succumbed to his injuries.

“The prisoners wanted amnesty for anything that happened during the rebellion,” Nelson says, “and that was really what the thing hinged on.”

As talks continued, Nelson Rockefeller, the Republican governor of New York, amassed an army of National Guard, state troopers and police outside Attica. Heavily armed, they were itching to take action.

“You have them hearing all of these rumors, which turn out to be lies, about atrocities that were being committed against the hostages,” Curry says. “There was a story of a castration, that someone had been pushed from a balcony.” 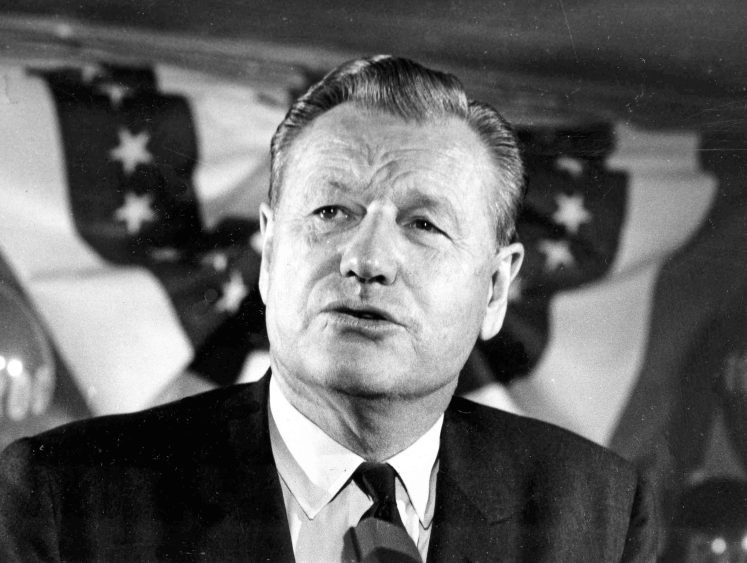 Mediators urged Rockefeller to come to Attica—not to meet directly with prisoners, but simply to send the message that he was engaged. But the governor was getting direct advice from President Nixon to take a hardline stance.

“None of us can look into Rockefeller’s heart and mind and know,” Curry adds, “but it seems to me based on those conversations [with Nixon] that there never really was a good faith effort to pursue these negotiations and take seriously the things that the prisoners were asking for. Because ultimately, for both Nixon and Rockefeller, this was really a question of their own political advantage that they could take out of this situation.” 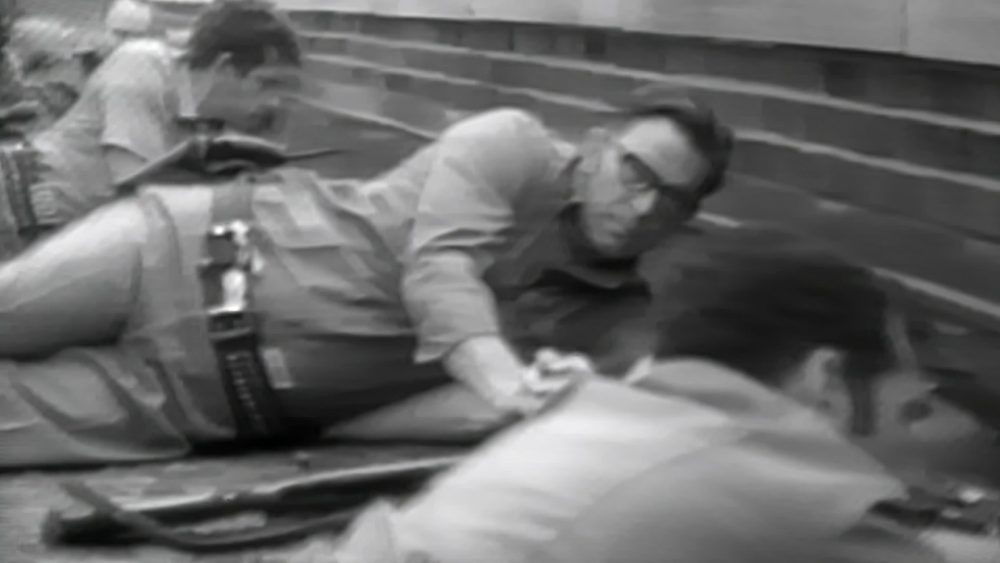 When the order came to retake the prison, the assault was swift and ugly. Helicopters sprayed teargas while broadcasting a recording that said prisoners wouldn’t be harmed if they put up their hands. Prisoners who did put up their hands, and everyone else, were mowed down indiscriminately by gunfire. In the aftermath, 33 prisoners and hostages lay dead.

“It might be the largest example of American violence against other Americans since maybe Wounded Knee in the 1890s,” Nelson states. “It didn’t have to be that way. It didn’t have to happen.”

In the midst of the mayhem, some police targeted specific inmates for torture and murder. The survivors were stripped naked and forced to crawl through sewage. The filmmakers show photos of that degradation and of the corpses of victims, including one prisoner with his eyes shot out. 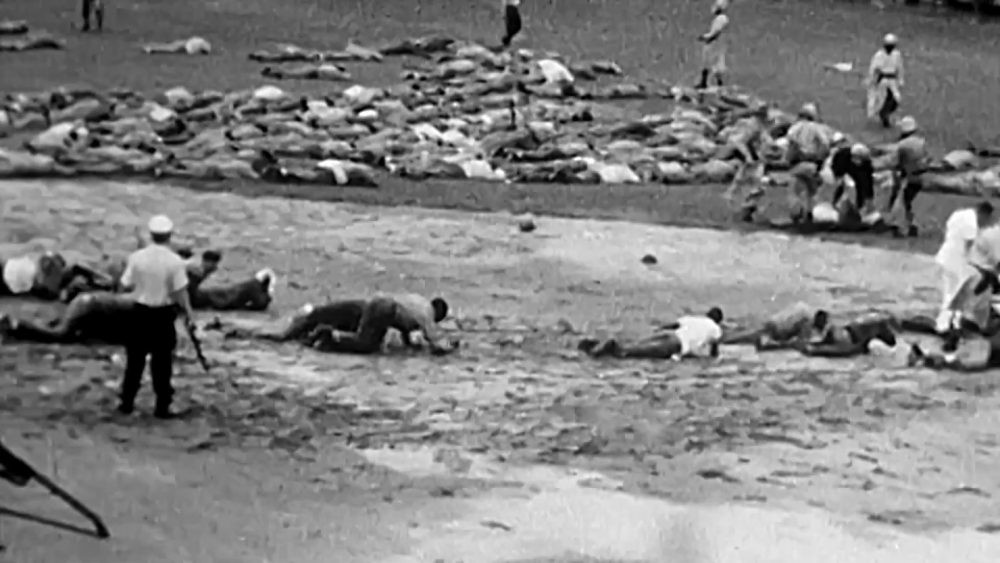 “It’s one thing to academically understand that there was a massacre, there was retaking, people were shot, they were killed. It’s something else to have to sit with those photos and be confronted with them,” Curry observes. “I personally feel like you should not be able to walk away from a story like this, in which the state massacred dozens of Americans, and not be shaken and disturbed in the ways that those photos make you feel shaken and disturbed. You should feel upset.”

Attica lives on in the American consciousness, yet authorities never fully investigated the incident. Five years after the Attica uprising, Rockefeller’s successor as New York governor, Democrat Hugh Carey, announced he was “closing the book on Attica.” As part of Carey’s edict, he dismissed “pending disciplinary actions against 20 law enforcement officers relating to the uprising,” according to the New York State Archives.

“There’s been no accountability” for what happened at Attica, Nelson said. “It was first reported that eight guards and then nine guards had gotten their throats slit by the prisoners. That was all a lie. People still believe that today… There’s been nobody prosecuted and nobody, none of the law enforcement who killed the people in Attica, has been prosecuted for the murders.”