WITH its devastating tale of gaslighting an manipulation, viewers have been gripped by The Shrink Next Door.

The Apple TV series – which is lead by Will Ferrell and Paul Rudd – is so harrowing that some fans want to know if it is a true story. 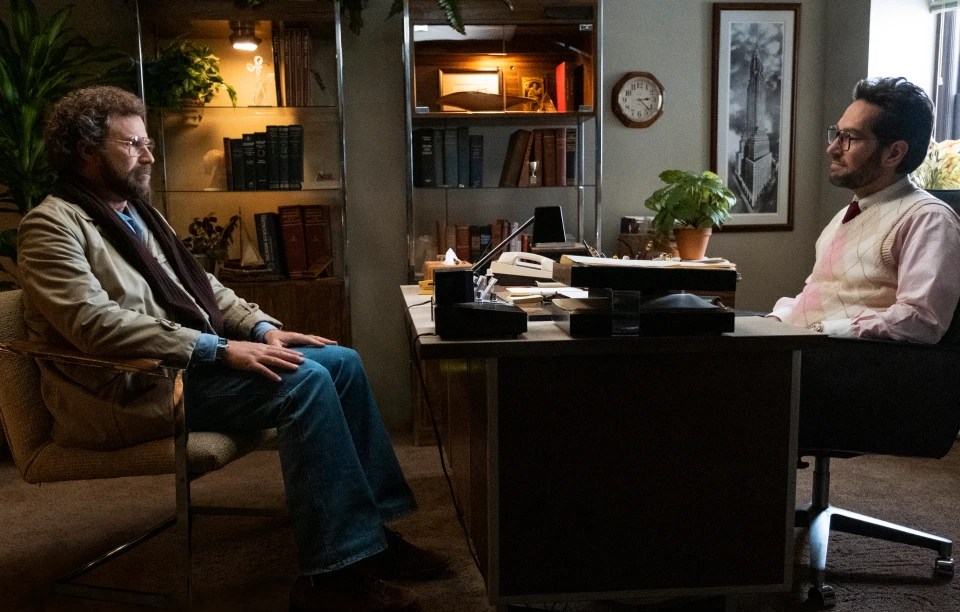 Is The Shrink Next Door a true story?

Sadly this horrific story is in fact based on real life events and Marty Markowitzand Dr Isaac (Ike) Herschkopf are both real people.

The Shrink Next Door is based on a true crime podcast of the same name which was released in 2019.

The podcast explores the 30-year relationship between Marty and his therapist Herschkopf, who slowly took over his life.

In 1981, a 39-year-old Marty was suffering from terrible anxiety and was recommended to have treatment with Herschkopf – or as he would call him, Dr Ike.

At the time, Marty was running his family business, Associated Fabrics Corporation, and was a millionaire as a result.

But quite soon into their professional relationship,Herschkopfstarted implanting himself into his patient's personal life, and his finances. As explored in the TV show and podcast, Herschkopf convinced Marty to fire his sister from their family company and disinherit her from the business, after which he was isolated from the rest of his family.

Herschkopf then asked him to include his wife Becky in his will – later making her the sole recipient of the entire estate and gave Herschkopf power of attorney.

He also asked Marty to create a private foundation – the Yaron Foundation – which benefitted Herschkopf and his family, and even had himself listed as a co-owner of his bank account, which contained $2.5 million.

In 1986, Herschkopf convinced Marty to buy the house next to his Southampton home, after which he took over the place and moved his patient to the guest quarters, banning him from storing food in the main house – people even thought Marty was the caretaker of the property, not the owner.

However, by 2010 Marty finally ended their relationship.

He made the decision after he went in for a hernia operation and Herschkopf made no effort to visit him.

Markowitz eventually wrote Herschkopf and his wife out of his will and reported him for malpractice.

Where is Isaac Herschkopf now?

In April 2021, Herschkopf's medical license was revoked after years of investigation into his relationships with Marty and other patients.

Herschkopf was found guilty of 16 charges of misconduct, including negligence, moral unfitness, fraudulent practice, and exercising undue influence, which were all related to his work as a psychiatrist.

According to Bloomberg, Marty, who testified at the hearing, said he was "elated" to learn of the ruling.

Sadly he was not sentenced to prison for what he did. Instead, he's no longer legally permitted to practice medicine in the state of New York.

Where is Marty Markowitz now?

Fear not, there is happy ending for Marty Markowitz because hewas finally reunited with the family that Herschkopf destroyed.

After finally cutting the disgraced therapist out of his life and reporting him for malpractice to the New York State Department in 2012, Marty got back in touch with his sister Phyliss after 27 years.

He is now 79 years old, retired and feels like he can finally enjoy the life thatHerschkopf took from him.

How can I watch The Shrink Next Door?

Episodes are dropping weekly on Apple TV every Wednesday.

So far there are five available to watch, and there are eight episodes in total.

The next one drops on the streaming site tomorrow (December 3, 2021).