VICKY Pattison and her beau Ercan Ramadan battled through illness to celebrate their two year anniversary in style.

The loved-up pair who have been in bed sick with a cold, managed to gather their strength to put on a romantic at-home anniversary celebration. 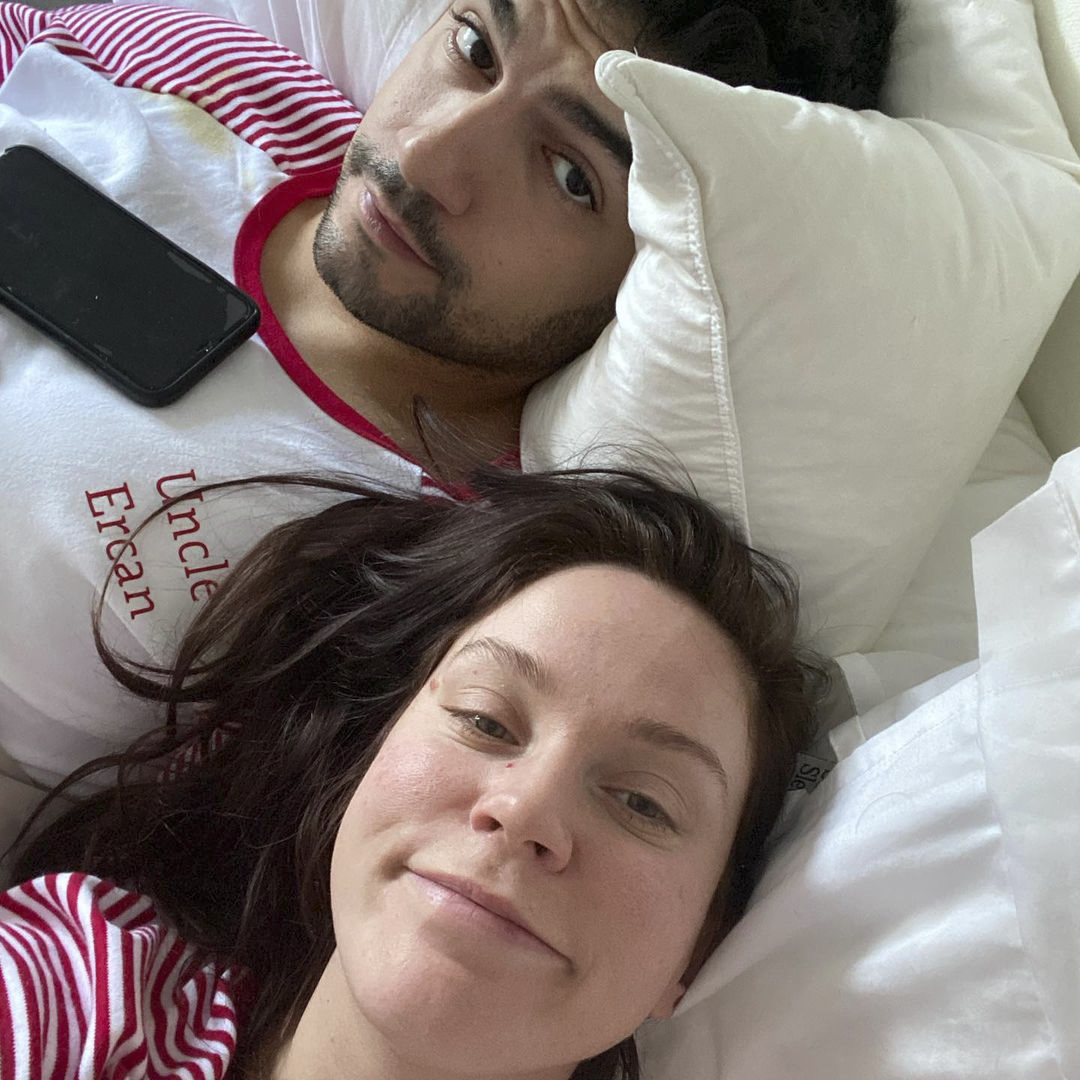 Complete with a hot bath, champagne, fancy sushi and even a pop-up cinema in their backyard, the lovebirds managed to celebrate in style.

The TV personality, 33, showed off their romantic evening on her Instagram stories and excitedly described their plans – albeit through a stuffy nose.

"Our anniversary looks very different this year… but that doesn't mean it can't be special," she wrote alongside a video of a bottle Veuve Cliquot and bubble bath.

Her "next anniversary" surprise for Ercan was a very impressive spread of gourmet sushi and sashimi. 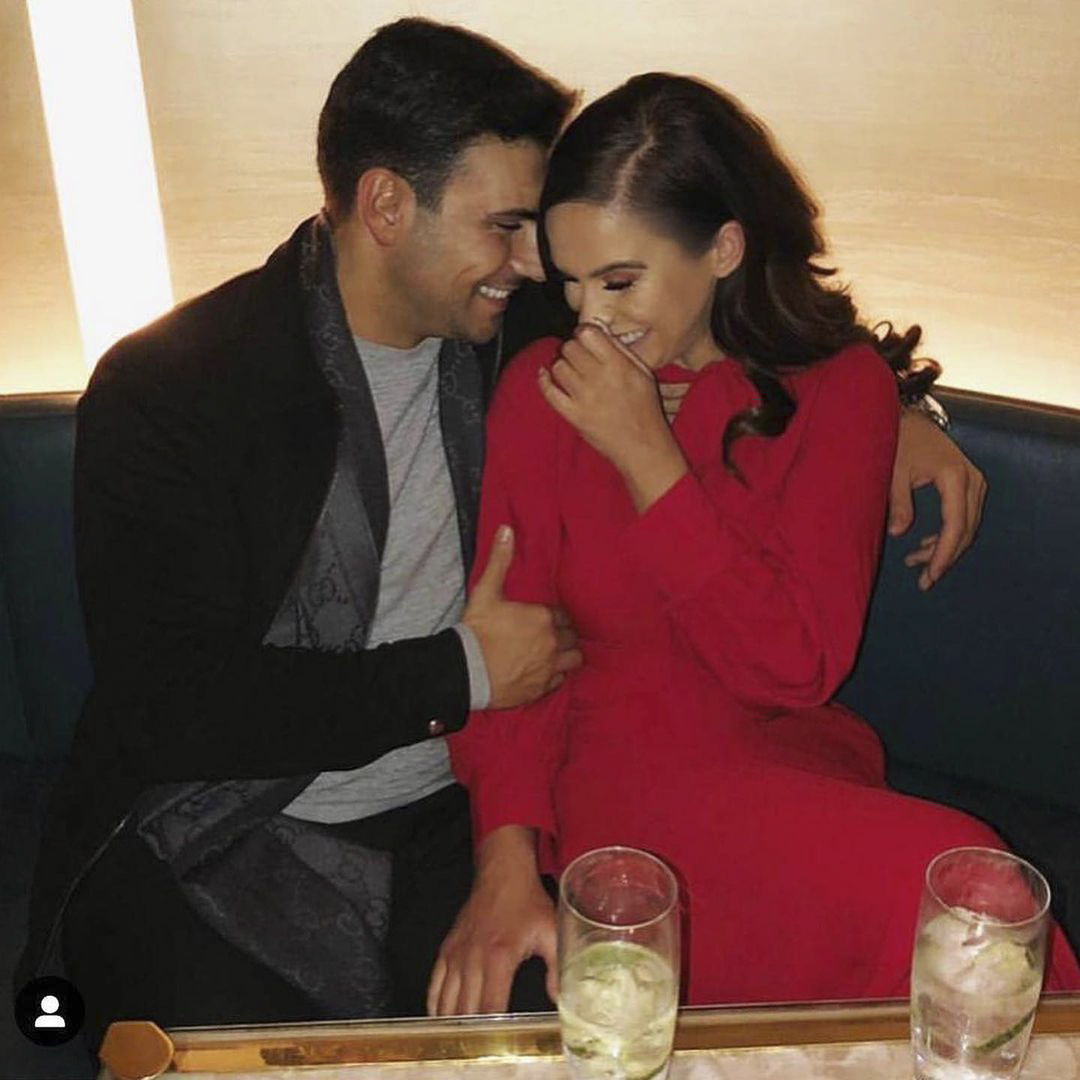 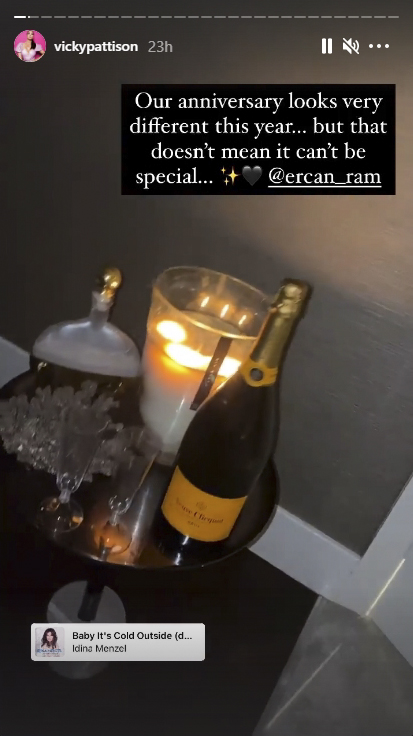 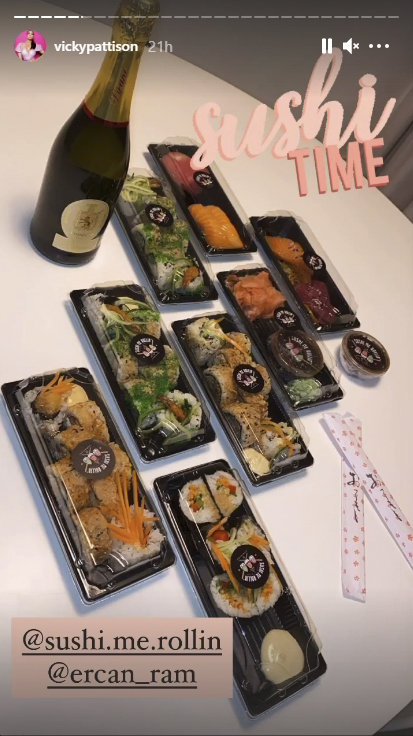 Next up, was touring the couple's pop-up cinema which had been erected in a tent in their backyard.

The incredible canvas tent was decorated with fairy lights and its entrance filled with beautiful plants.

"Look at this," Vicky said in excitement. 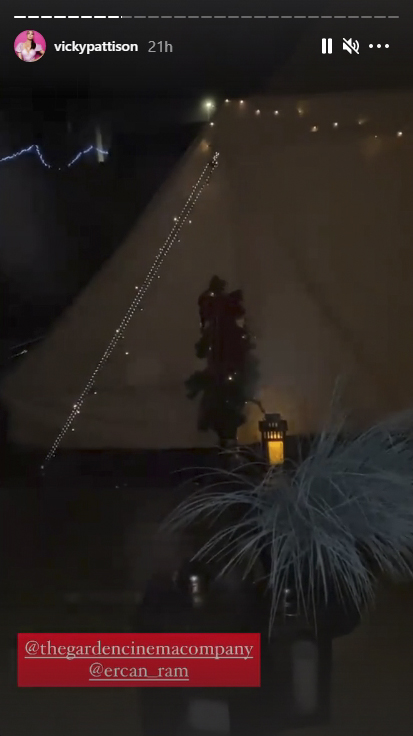 "How adorable is it in here… isn't it lush," Vicky exclaimed as Ercan can be heard in the back saying "oh my God" in amazement.

"It couldn't be more magical."

Ercan himself shared a video of Vicky on the sofa snuggled under a blanket and sipping on a hot chocolate.

The couple then settled in to watch The Greatest Showman, which left Vicky in tears.

"I shouldn't have picked the Greatest Showman to watch," she admitted. 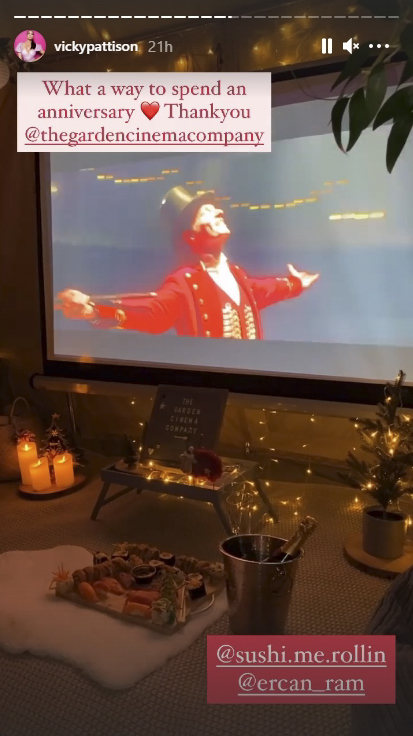 The TV star was feeling emotional and "under the weather" after revealing to fans how sick the couple were feeling.

Earlier in the day she posted an anniversary tribute to her boyfriend with a selfie of them looking worse for wear in bed and promised her fans they did not have Covid. 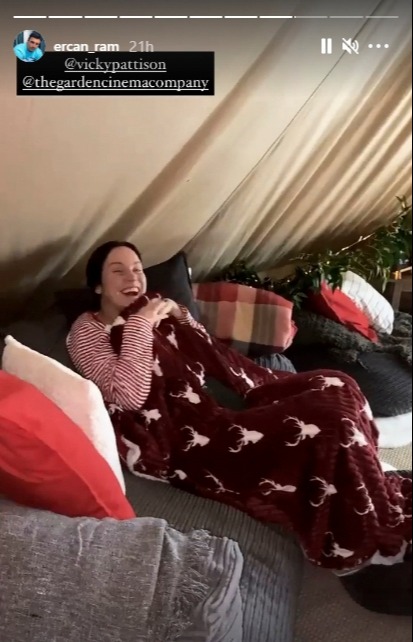 Vicky captioned the post: "What a difference 2 years makes eh?! 😂 Despite our best efforts and the most optimistic of attitudes I think it’s time to accept that me and @ercan_ram are not well 🤦🏻‍♀️.

"No one wants to be poorly at Christmas and new year, so we’ve fought hard but unfortunately we can’t deny it any longer- we’ve admitted defeat. We are sick as chips 😩 If anyone needs us we are bed bound for the foreseeable 🤦🏻‍♀️." 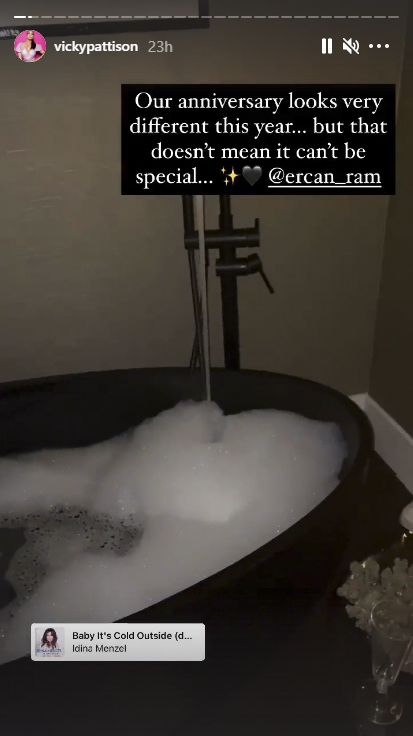 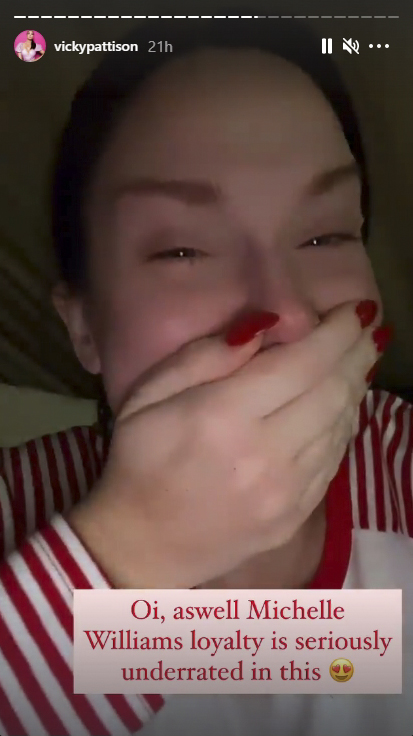 She added: "Not the way I wanted to spend our anniversary but then a lot of this year hasn’t worked out the way people planned so at least I’m keeping with the theme.. ❤️😂"

Vicky then gushed about Ercan saying, "there is no one in the world I’d rather experience soaring temperatures, clammy bodies, vomiting, aches and pains and sore throats with more."

She added: "I can’t wait til the whole world is well again, til we’re hugging each other, holding each other, laughing, dressing up nice and going fun places.. But in the meantime, I’m just happy to lay low and count my blessings.."