STRICTLY stars James and Ola Jordan opened the doors to their Kent mansion – which has a cinema, a gym and a jaw-dropping walk-in wardrobe.

The married couple, who were both pro dancers on the BBC dance show, gave fans a tour of the dazzling pile on MTV Cribs. 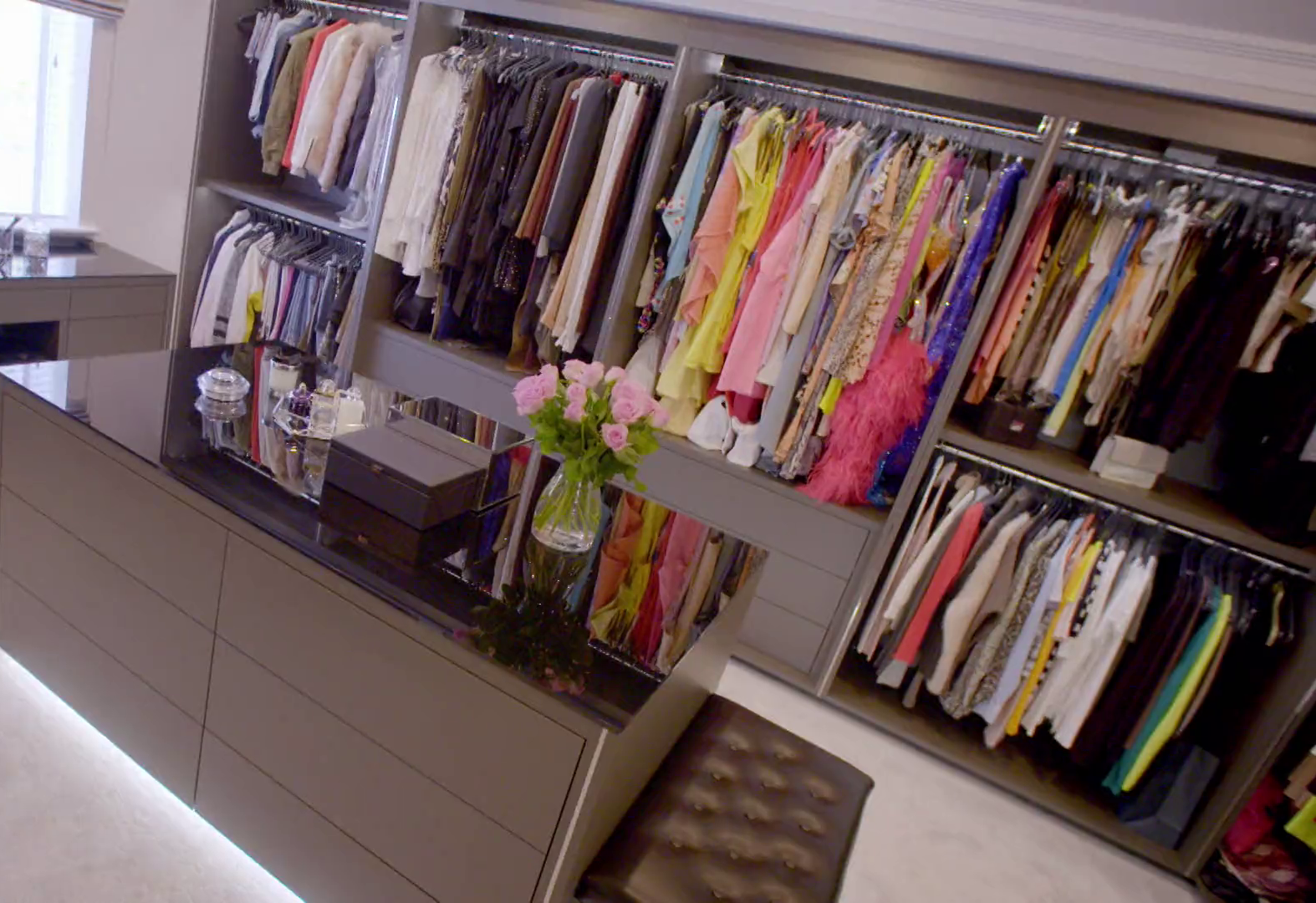 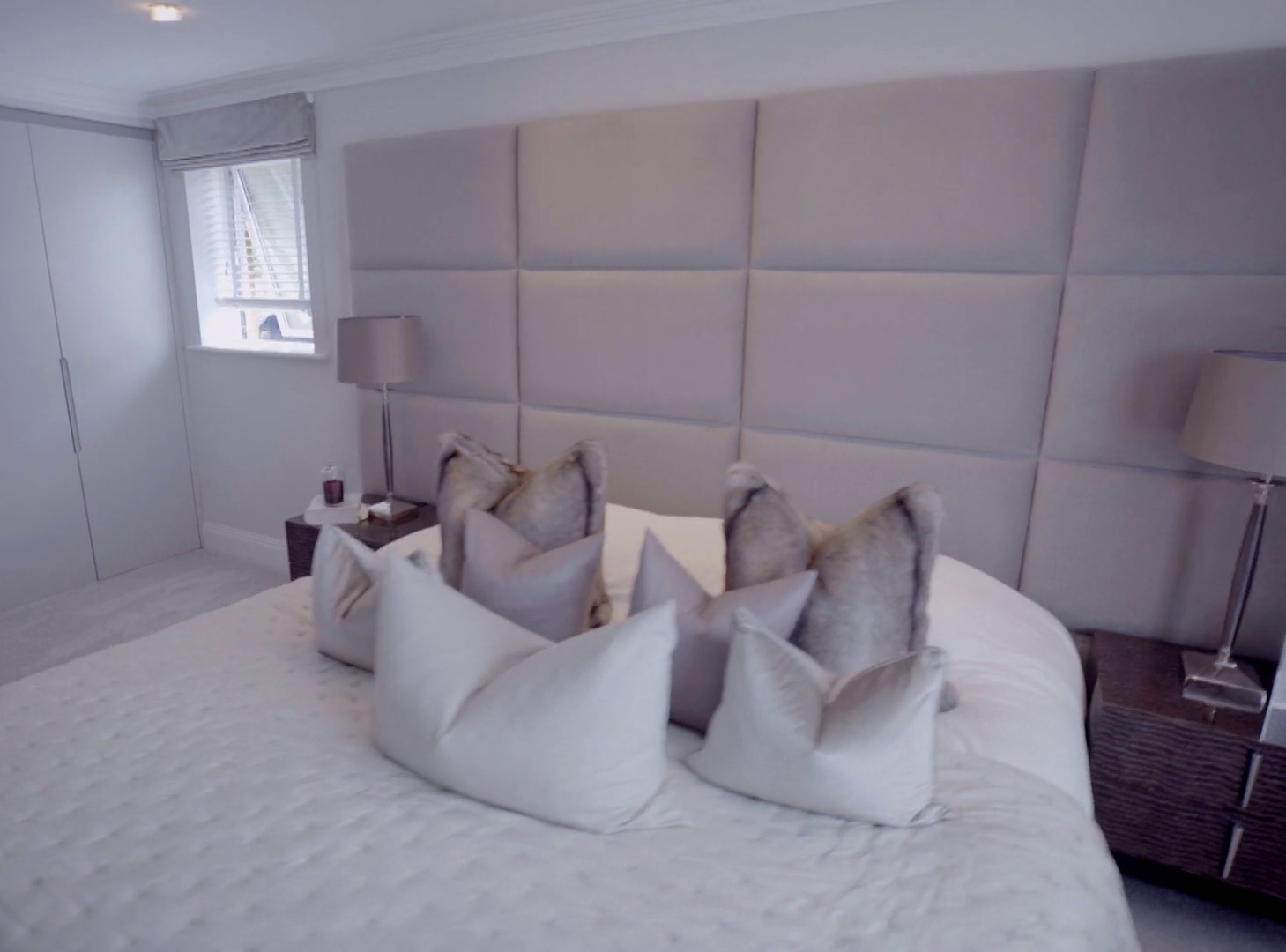 James, 41, started off in the study – which is home to his wife's Glitterball trophies from Strictly – explaining: "I am useless at paperwork so Ola sits in here with her laptop and folders."

She replied: "I am the boss in here. It's my trophies, look. Strictly trophy and Christmas trophy. The tour trophy."

James then introduced his clutch of golf trophies, with 36-year-old Ola asking: "But where is your Strictly trophy?"

He replied: "You know I don't have a Strictly trophy. Why would you bring it up? Why?" 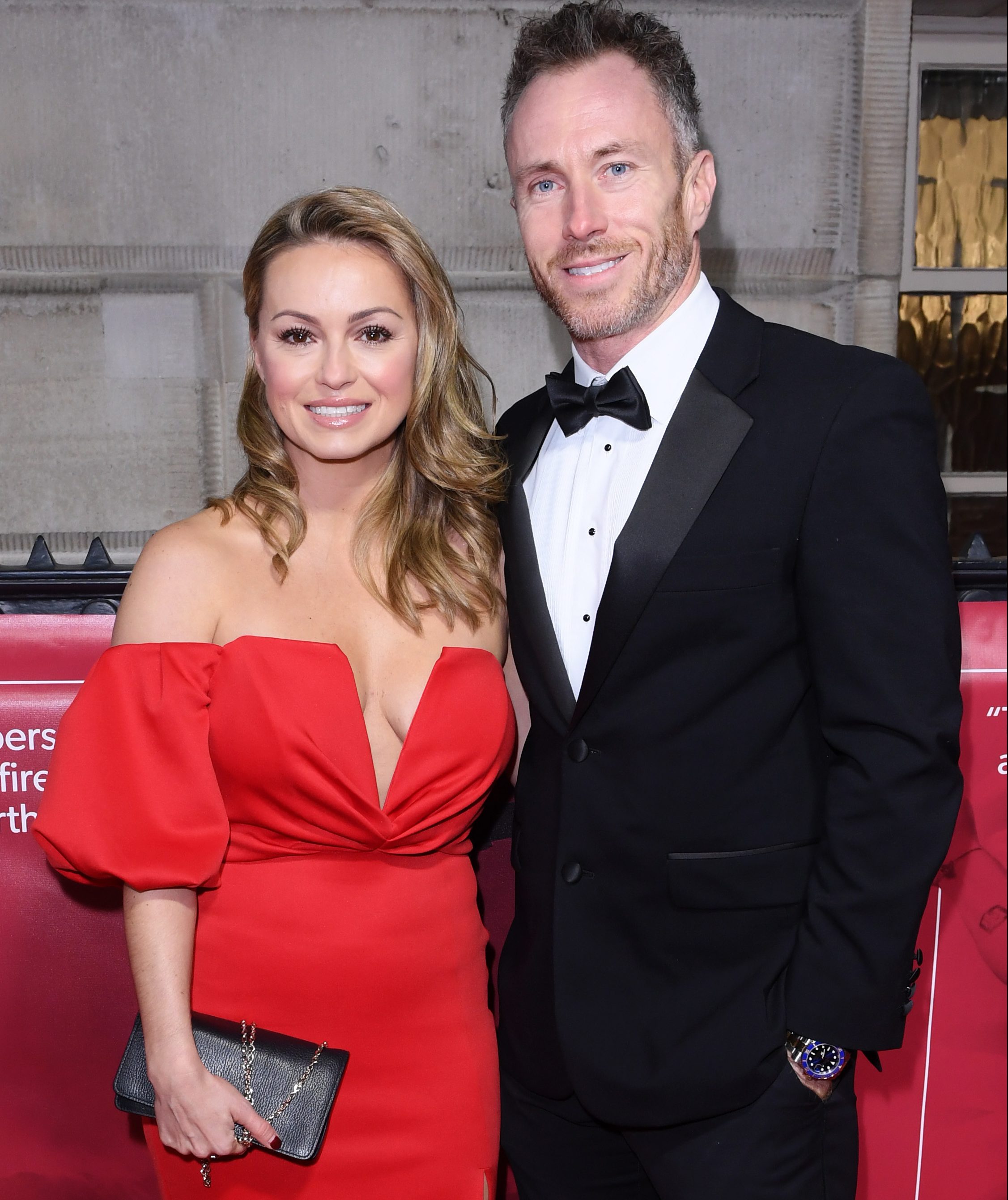 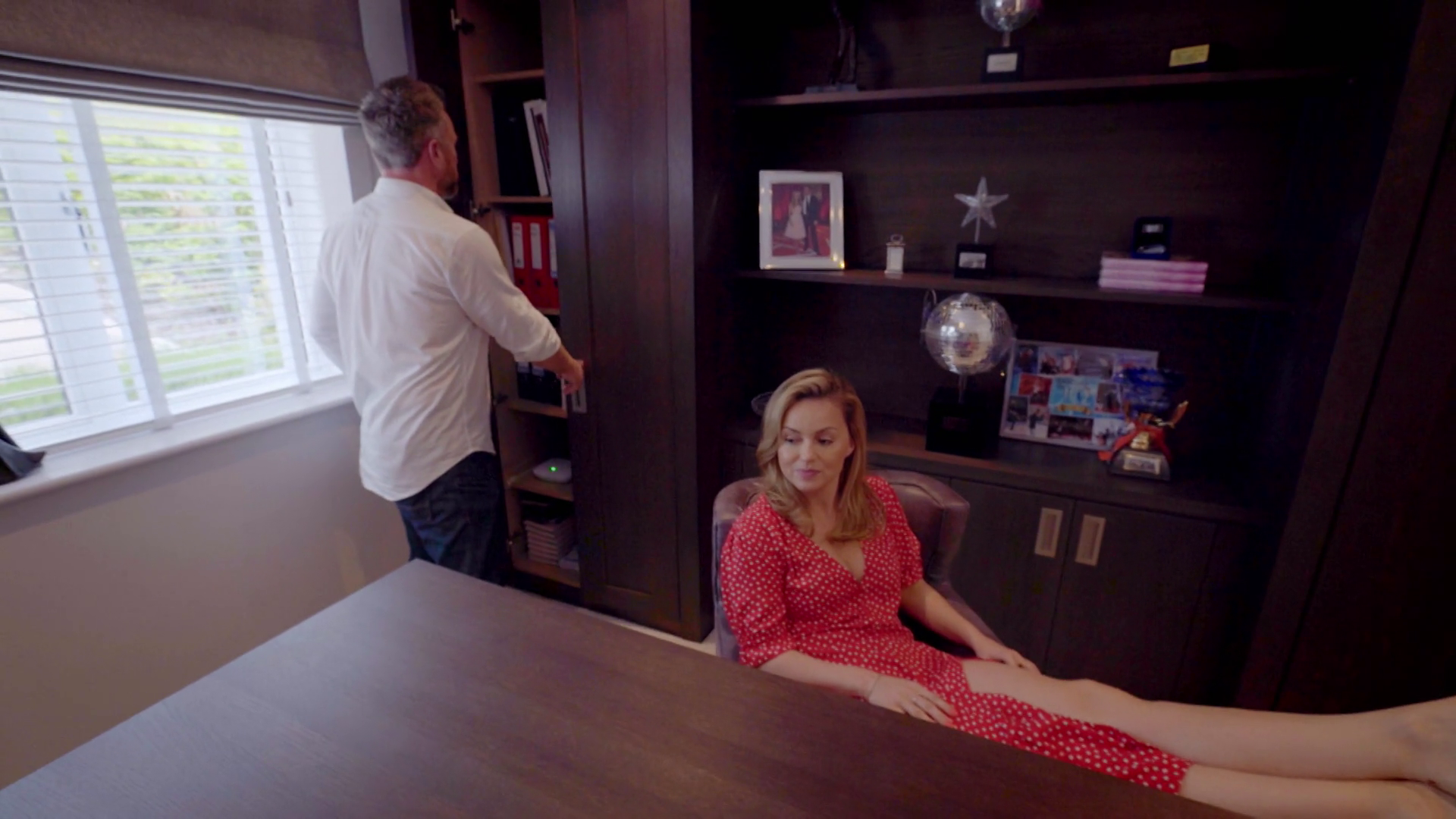 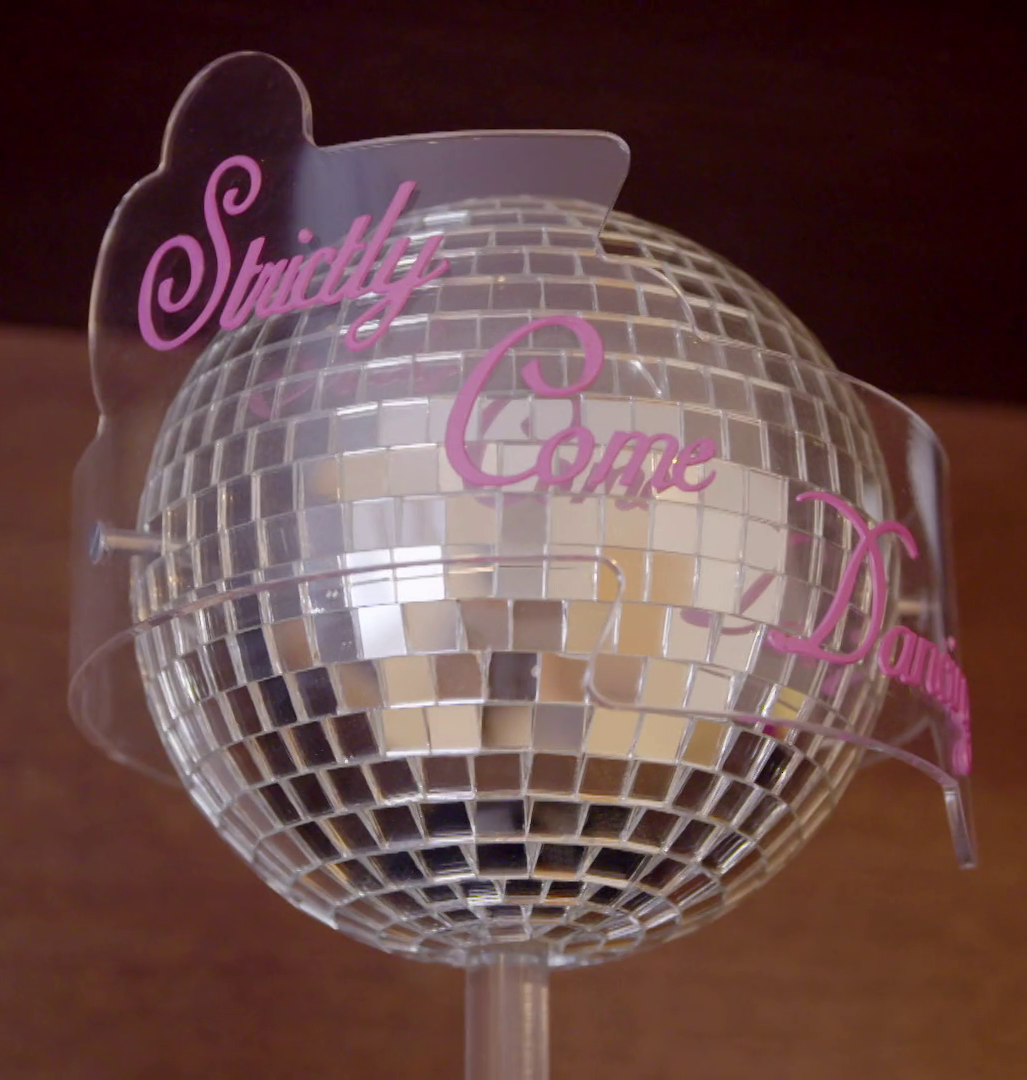 Upstairs, they showed viewers their huge, pristine bedroom with its blanket grey colour scheme, with James announcing: "Welcome to the master suite."

Ola added: "They say on Cribs always: 'This is where the magic happens.' It's very quick magic."

Over the the bathroom, the pair showed off their matching side-by-side sinks with a pink toothbrush on her side and a blue one on his.

She explained: "This is James's side and this is my side" before they both crowded into the vast shower. 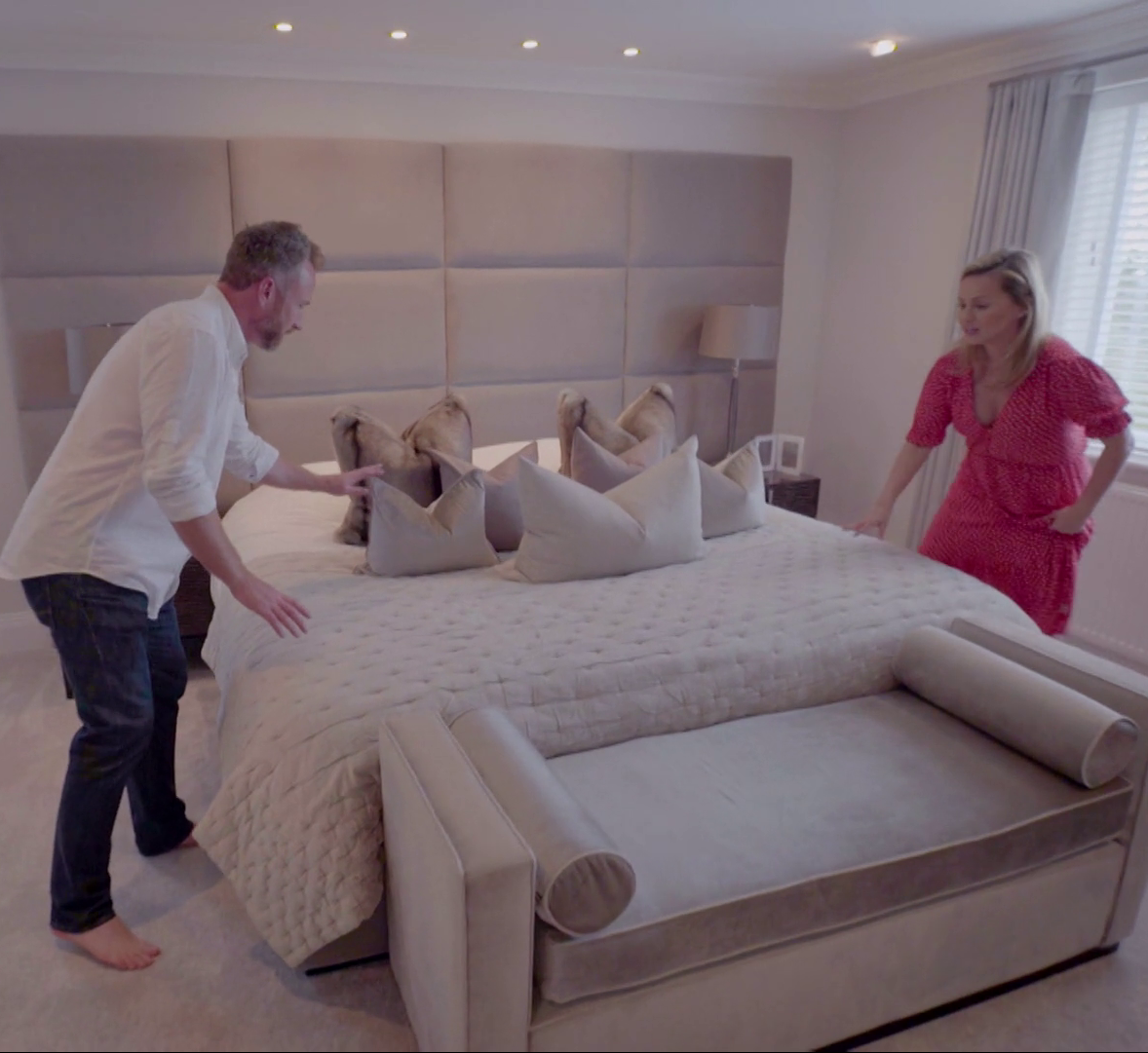 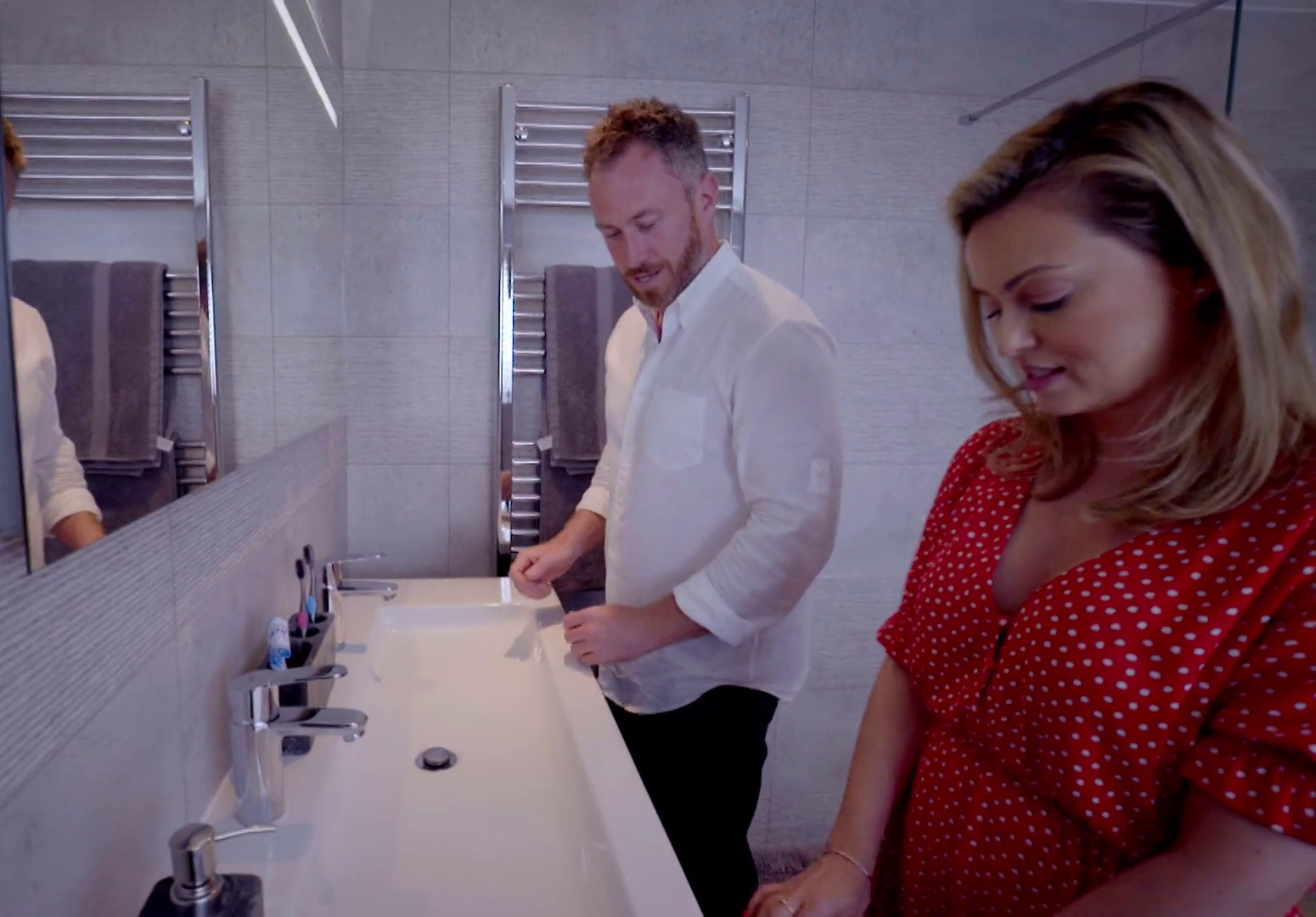 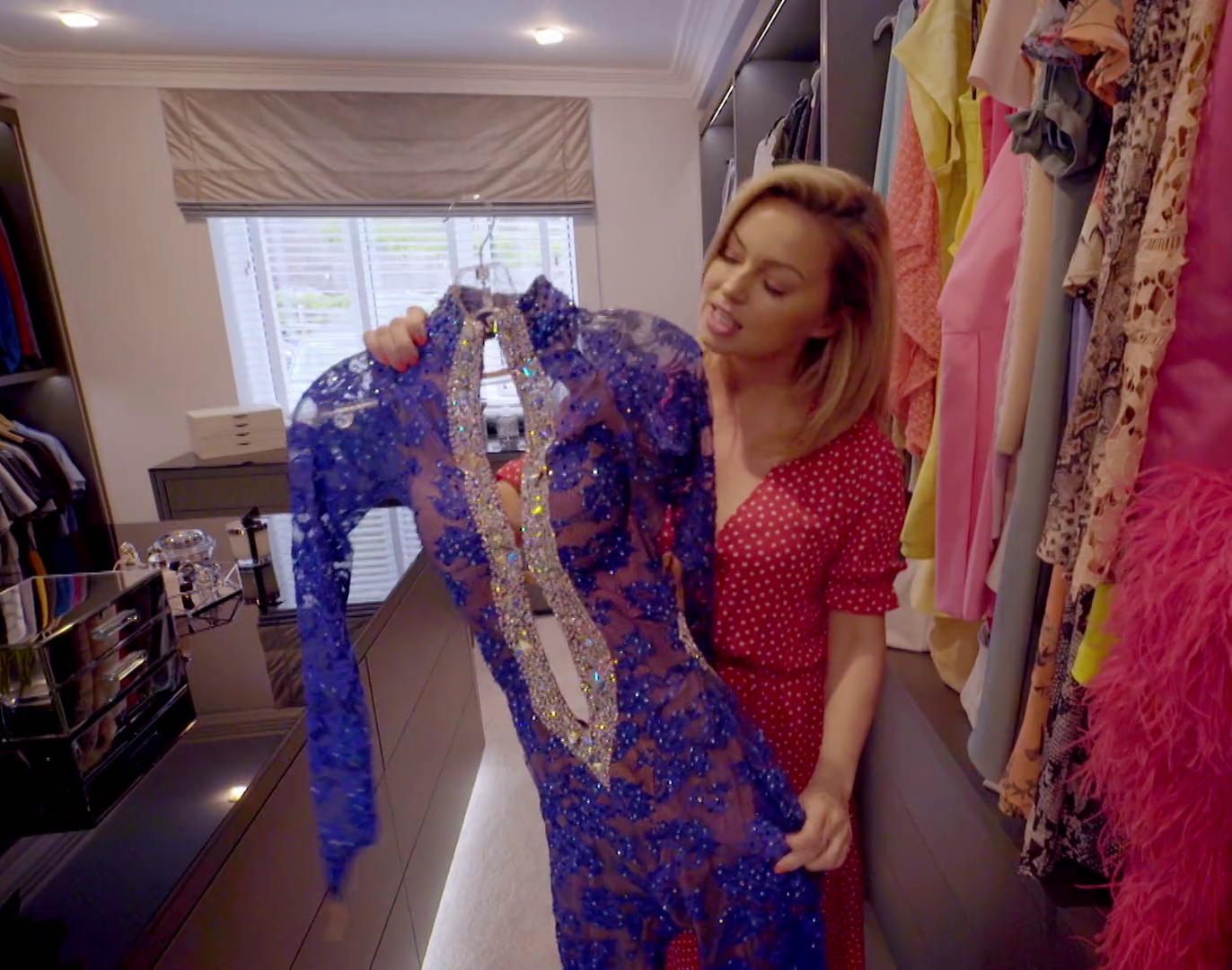 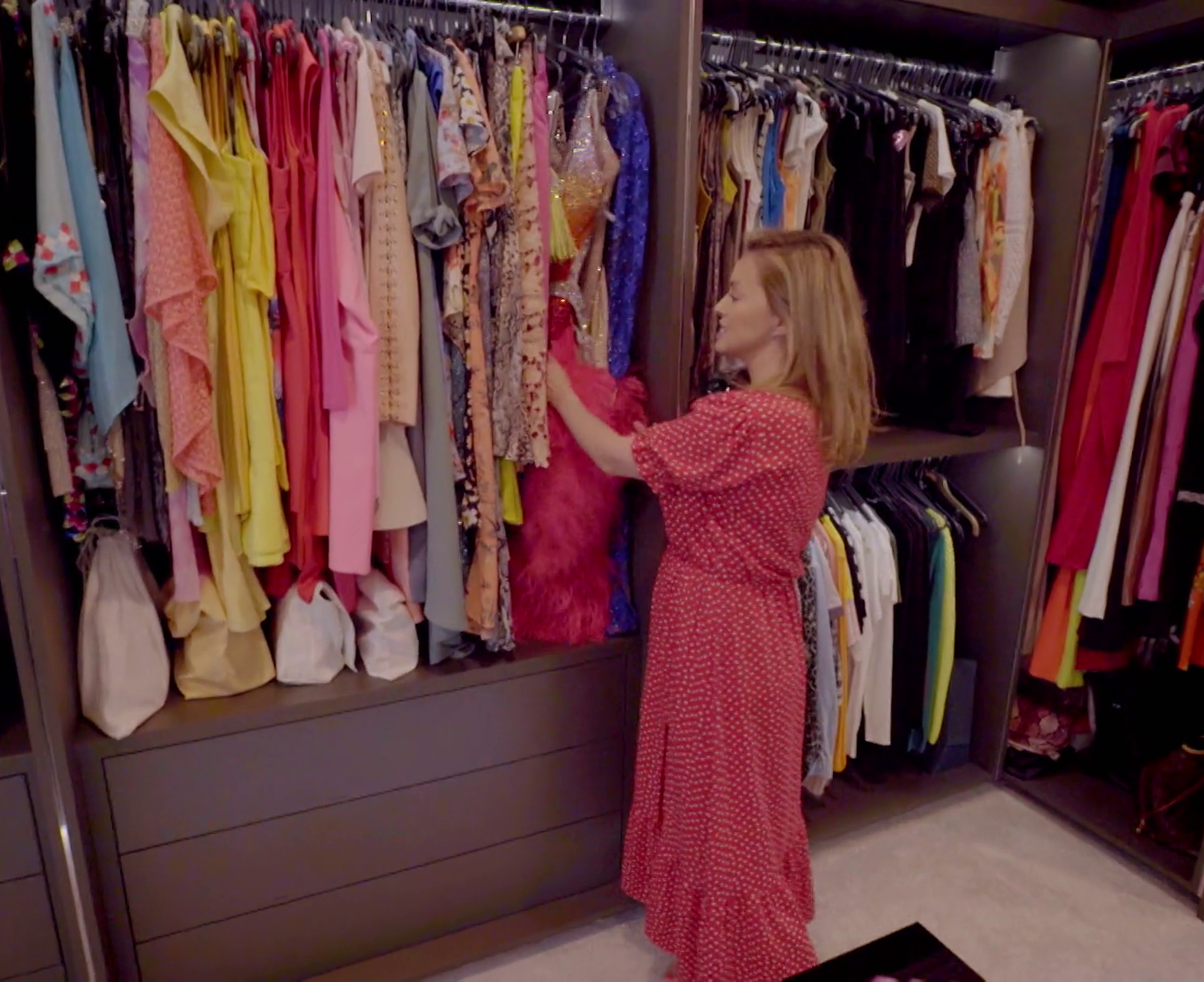 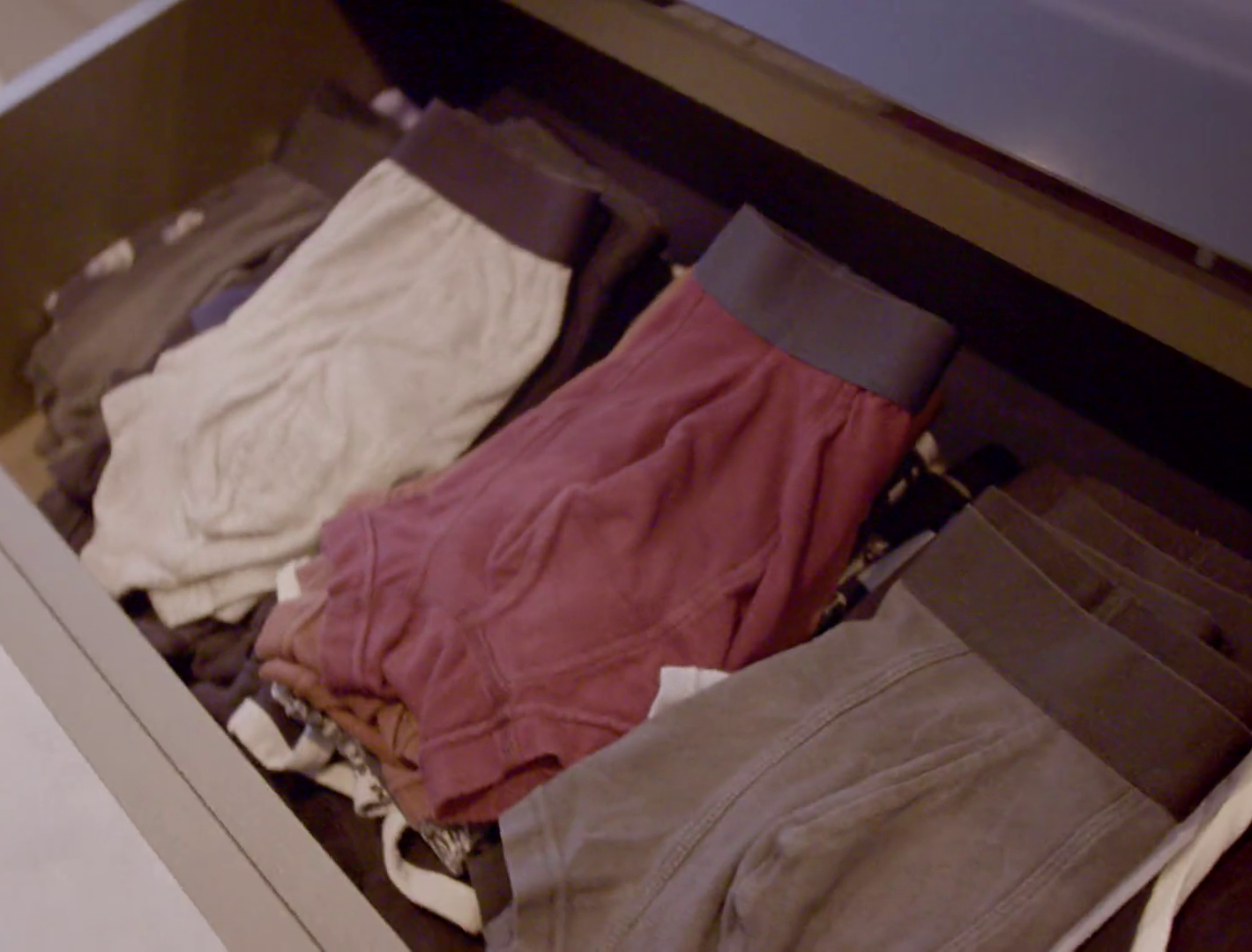 Later, opening the doors on an enormous walk-in wardrobe, Ola explained: "We designed it ourselves. Dresses. Colour coordinated. A lot of Strictly sparkly dresses."

Cameras then zoomed in on the draw where James stored a collection of drab-looking socks and pants.

The clothing collection examined, they headed down to the gym which had a rack of dumb bells, an exercise bike and a weights machine.

Ola explained: "This is the room where my husband works on his big guns." Then, patting his tummy, she added: "I meant this gun." 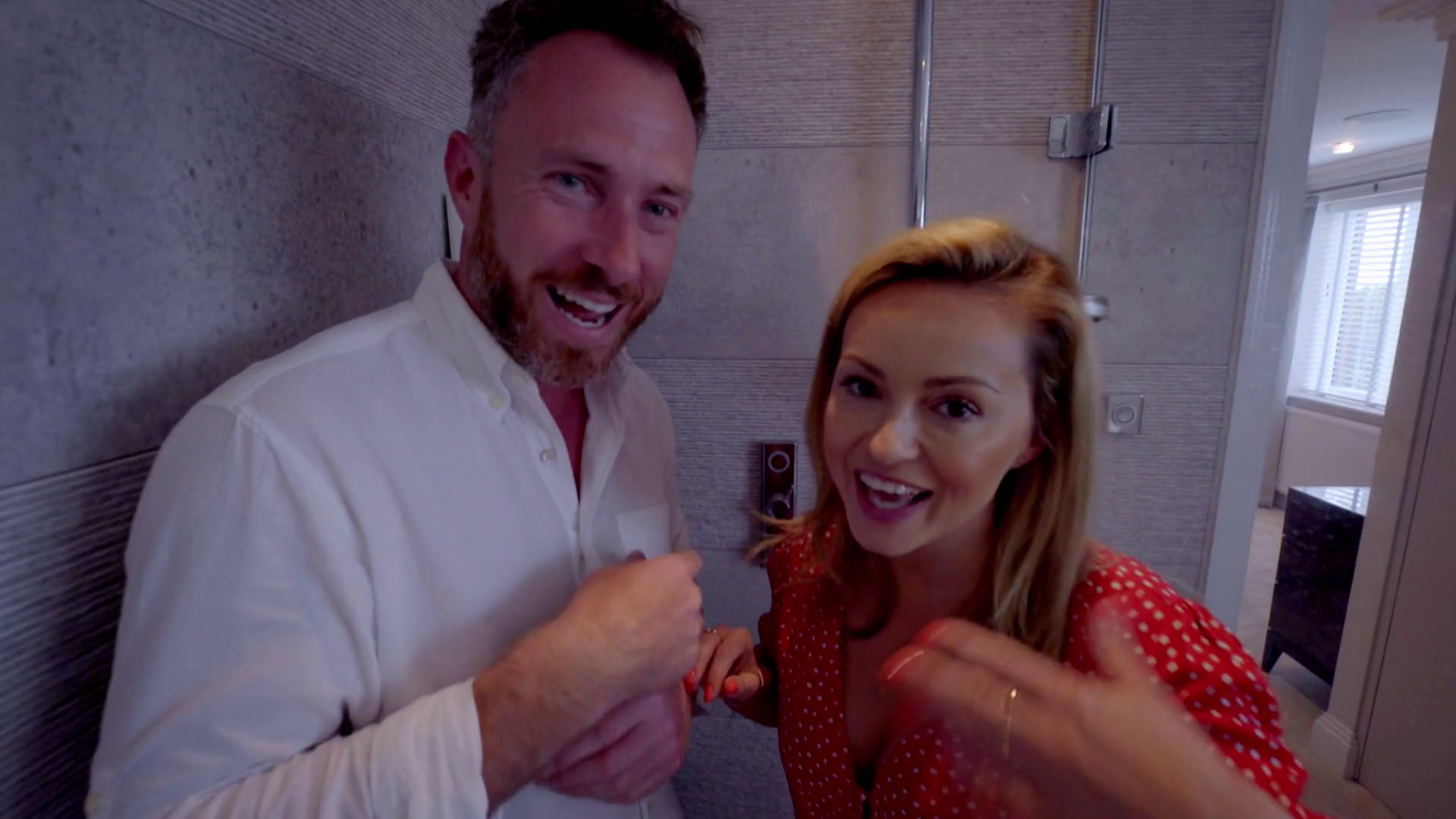 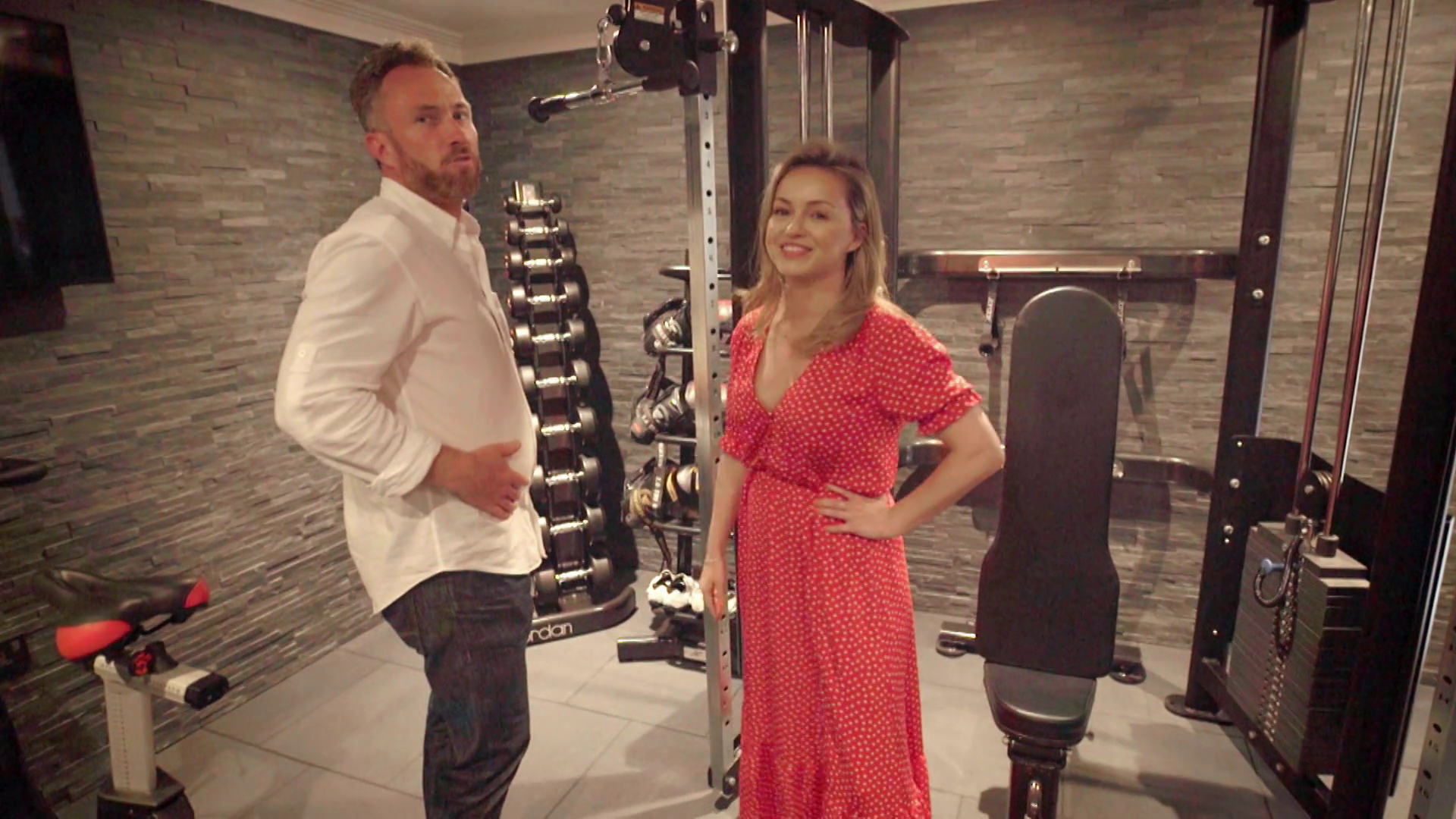 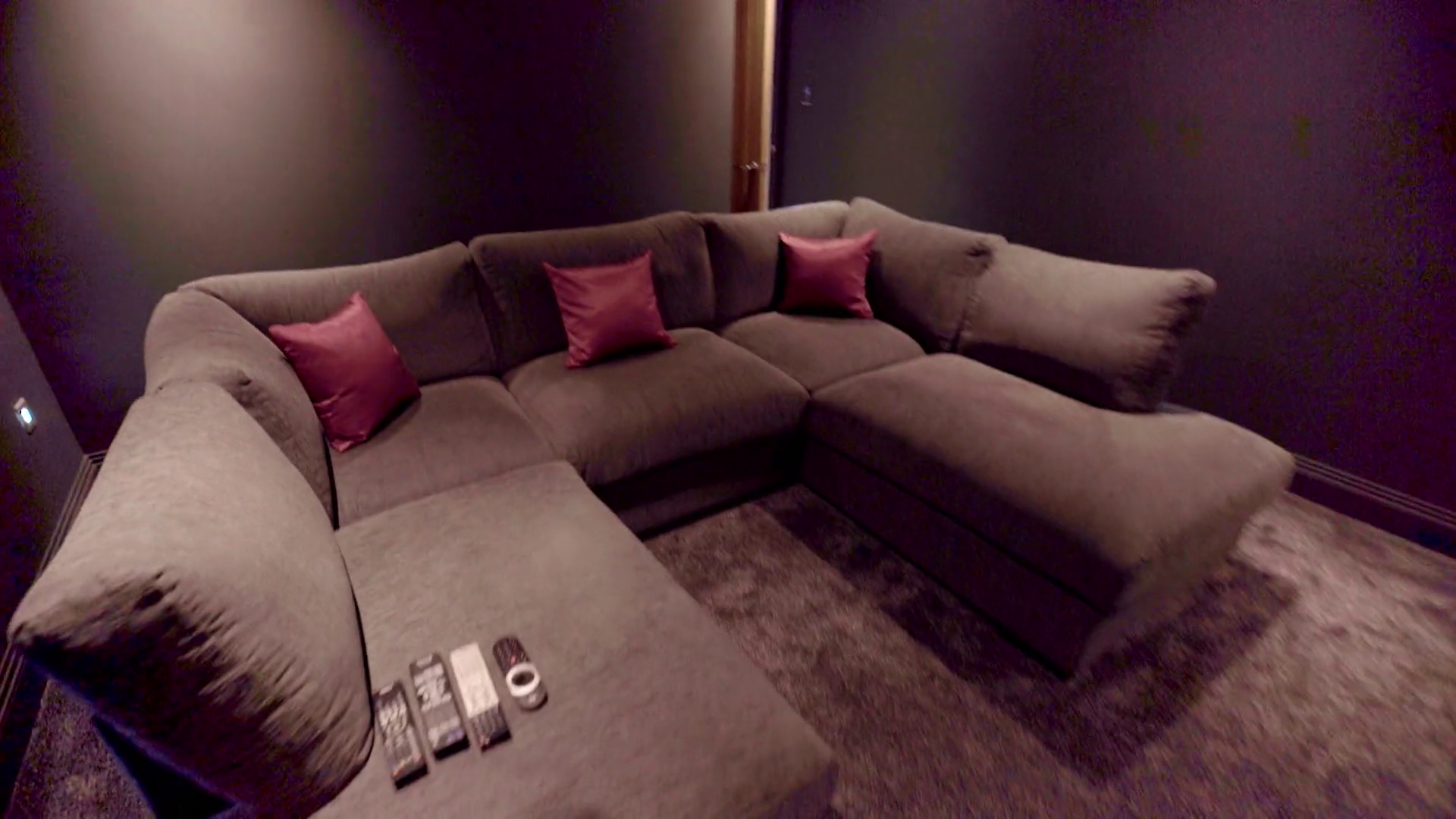 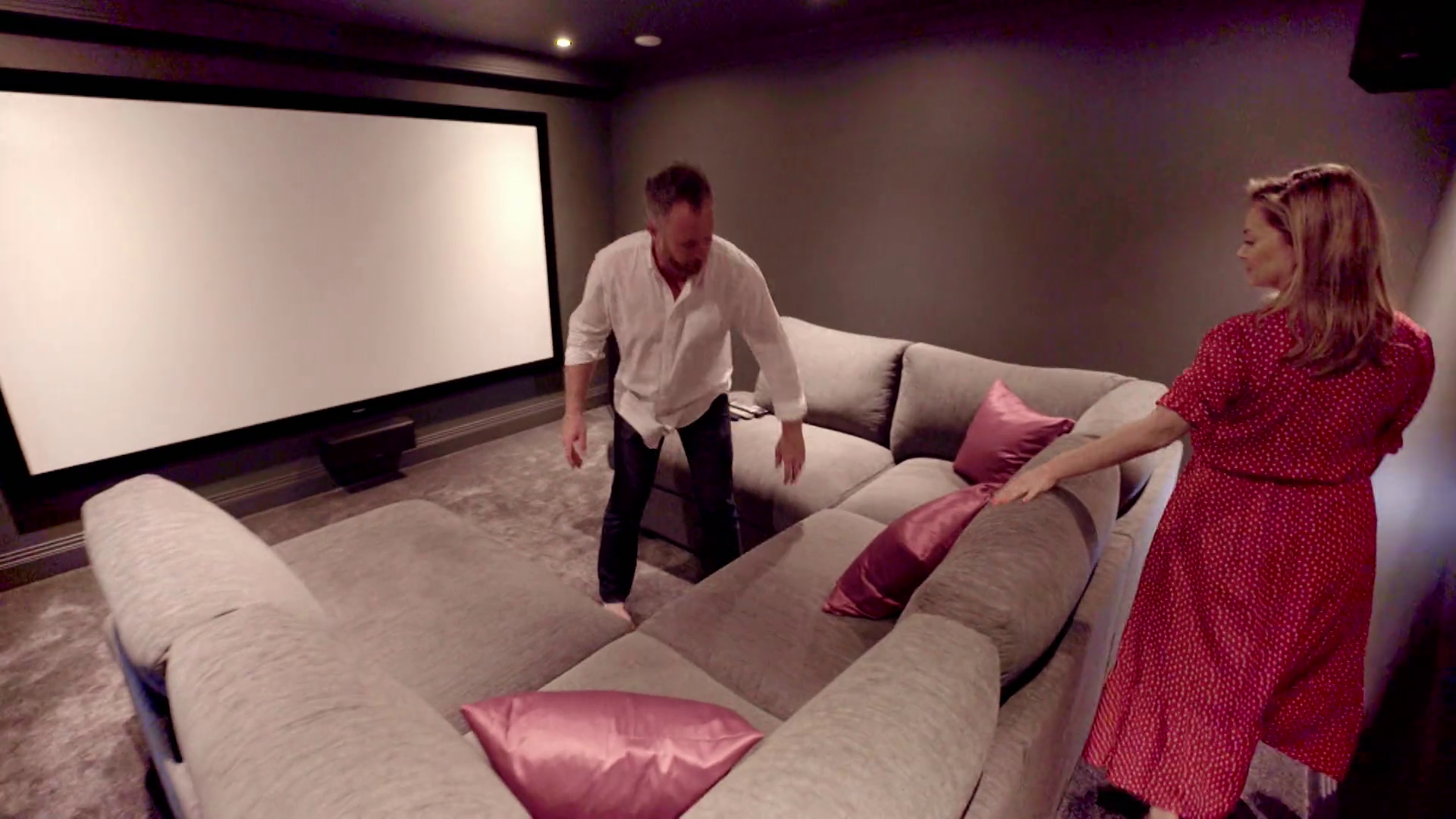 The former Celebrity Big Brother star admitted: "I haven't been doing a lot of running recently."

Finally, the tour finished up in the cinema room, where a projector was on standby to beam movies onto a giant white screen.

James took up position on one of the three-sided sofa's edges and gesturing over to the other side, saying: "This is my seat over here and Ola sits over there."

Well, they have been married since 2003 – so there's little doubt the pair are doing something right. 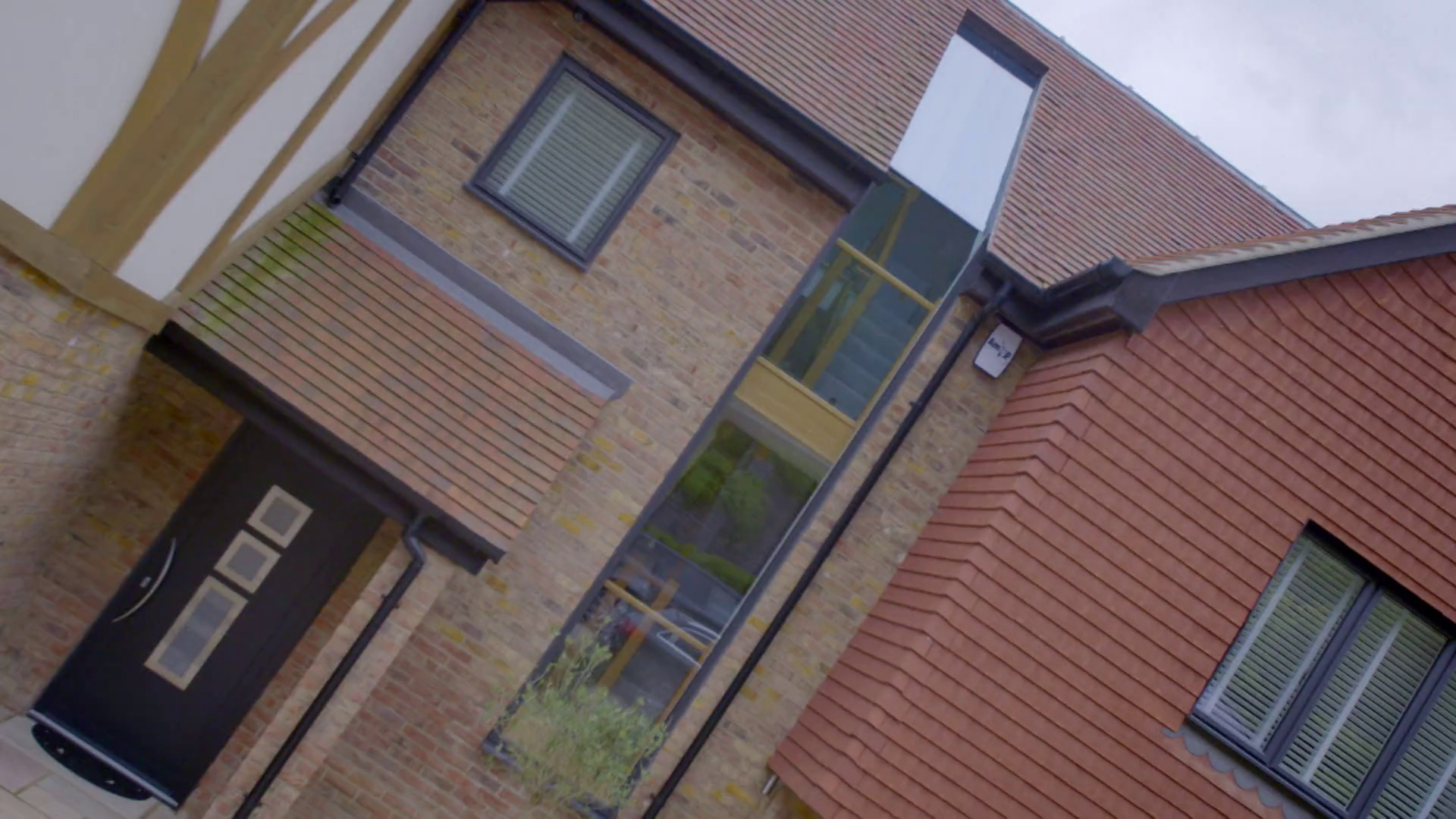 Indeed, it was revealed this month that Ola is pregnant with their first child after having IVF treatment for three years.

And having a huge house might come in handy – because it seems their child is going to be dancing around in no time.

Ola admitted: "When we had the scan it was funny because the baby was dancing. I’m not sure if it was a cha-cha or a jive, but it was definitely dancing.”

How the 'rural road trip' is driving demand in the home rental market, according to the president of home-sharing app Vrbo