FROM needing eight stints in rehab after splurging £12k a week on cocaine and downing two bottles of vodka a day -to being diagnosed with two forms of aggressive cancer… rocker Ronnie Wood has had his fair share of health scares in his lifetime.

The 73-year-old, who once confessed he "can't believe" he's still here, successfully turned his life around a decade ago after quitting drink and drugs – but just this week he revealed he was diagnosed with cancer for a second time during lockdown. 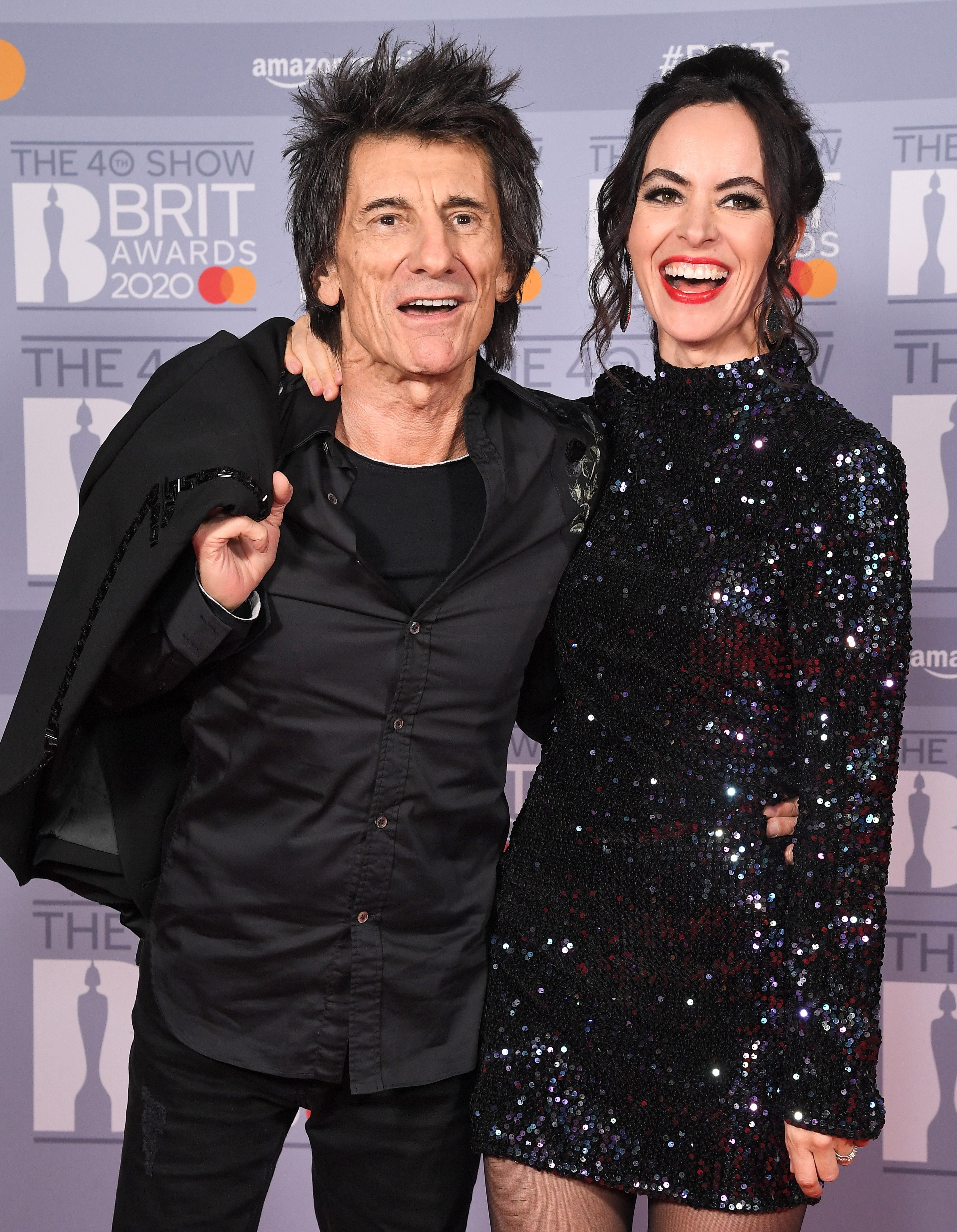 Touchingly, the Rolling Stones guitarist believes working on paintings of wife Sally, 43, and their twins, four, has helped keep him strong.

Speaking to The Sun, he said: “Art therapy was self-imposed in a way, especially in lockdown. The art has got me through it — to express and get lost. I’ve done so much work."

Here, we take a closer look at Ronnie's health scares and addiction battles, and how he believes you have to have sex every day to keep a spring in your step…

Descending from a long line of travelling barge people and growing up in a creative household, Ronnie was destined from birth to have a unique and remarkable life. 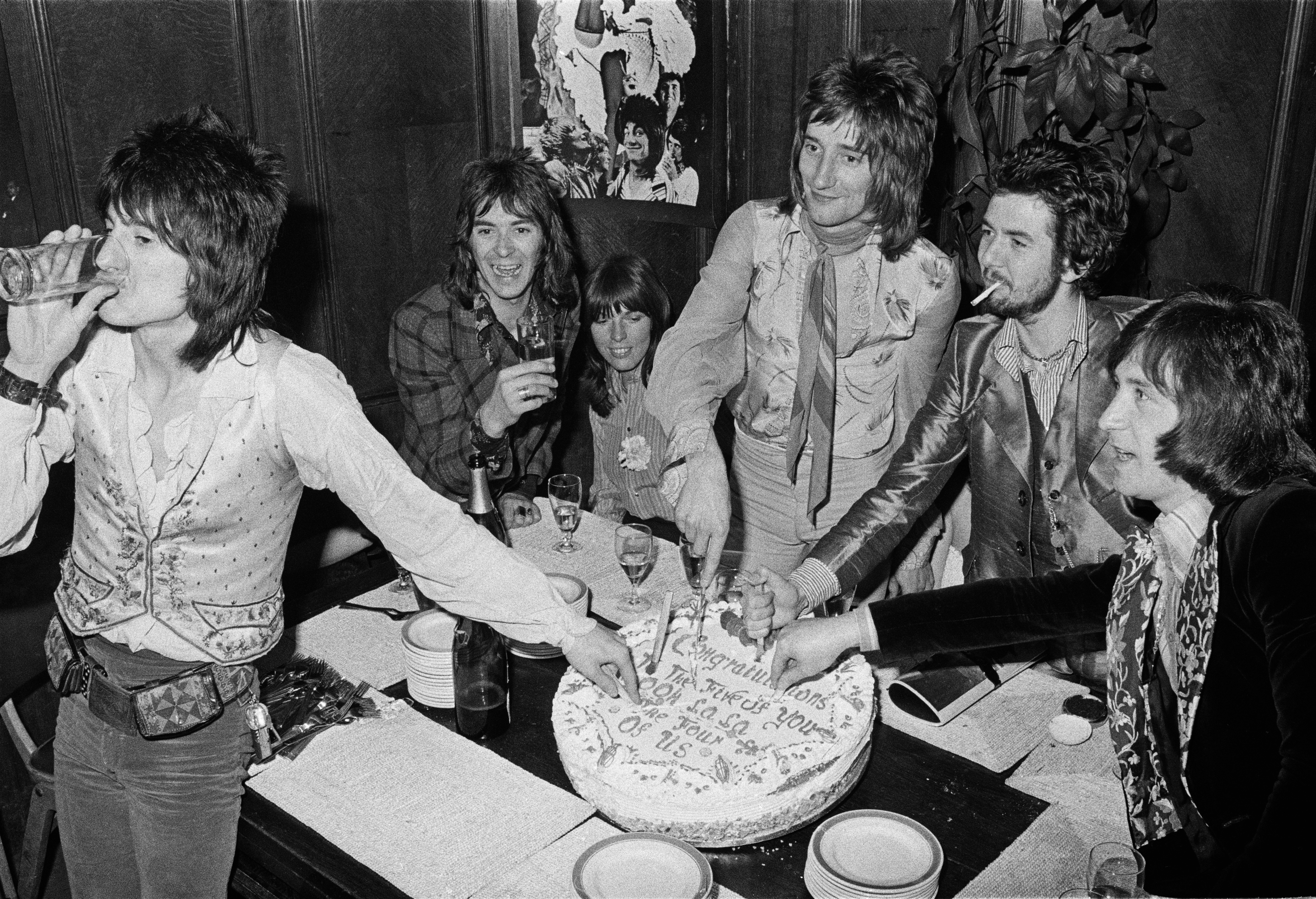 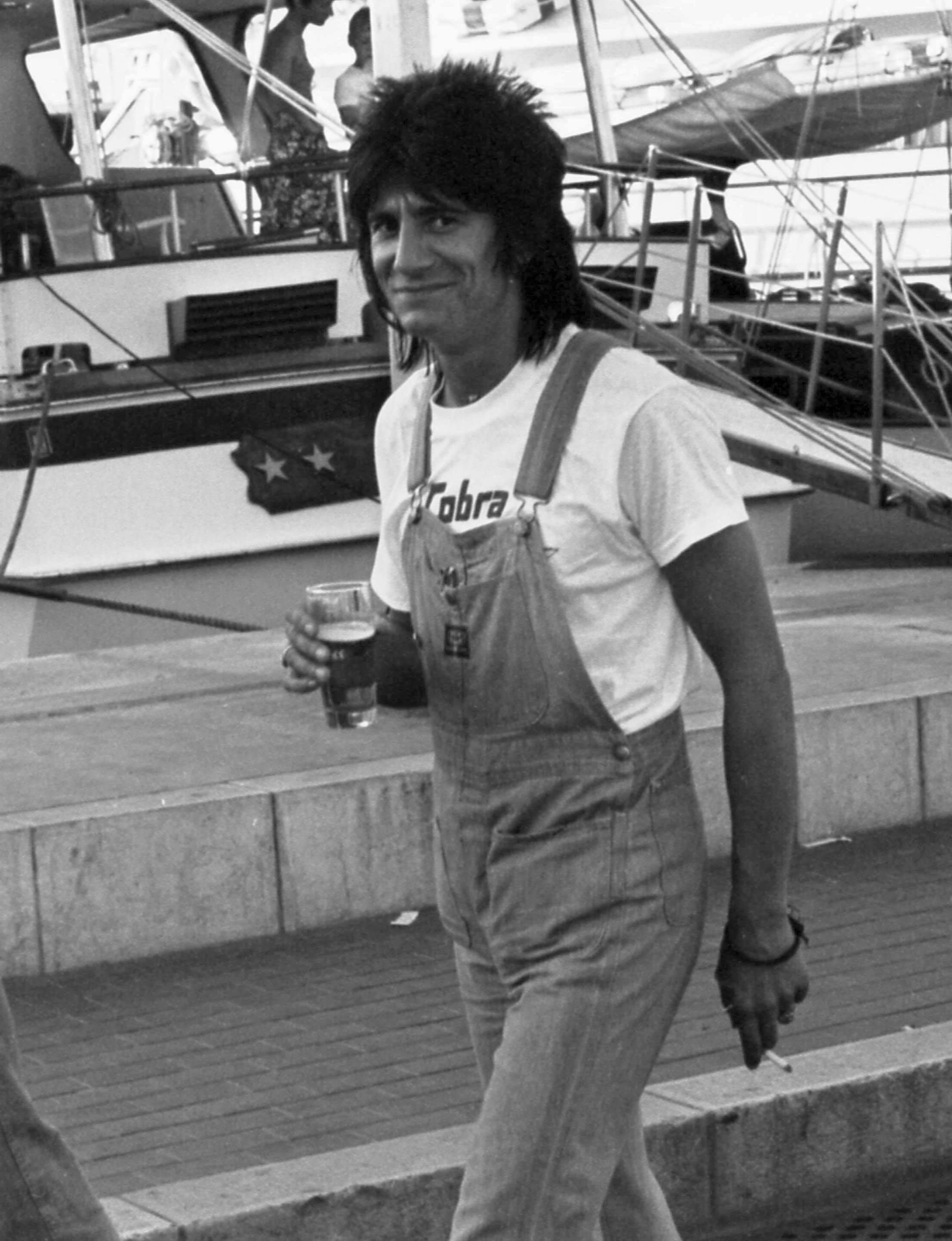 However, it was his rock and roll lifestyle, particularly after joining The Rolling Stones in 1975, that would soon seduce the star into a world of drugs.

Known for his hell-raising antics in the seventies and eighties, at one point, the star was said to be spending £12,000 a week on cocaine and would snort it through loo roll tubes.

Taking a bunsen burner to parties

Such was the problem, he admitted there was a time he would take a bunsen burner to parties to smoke pure cocaine, known as freebasing. 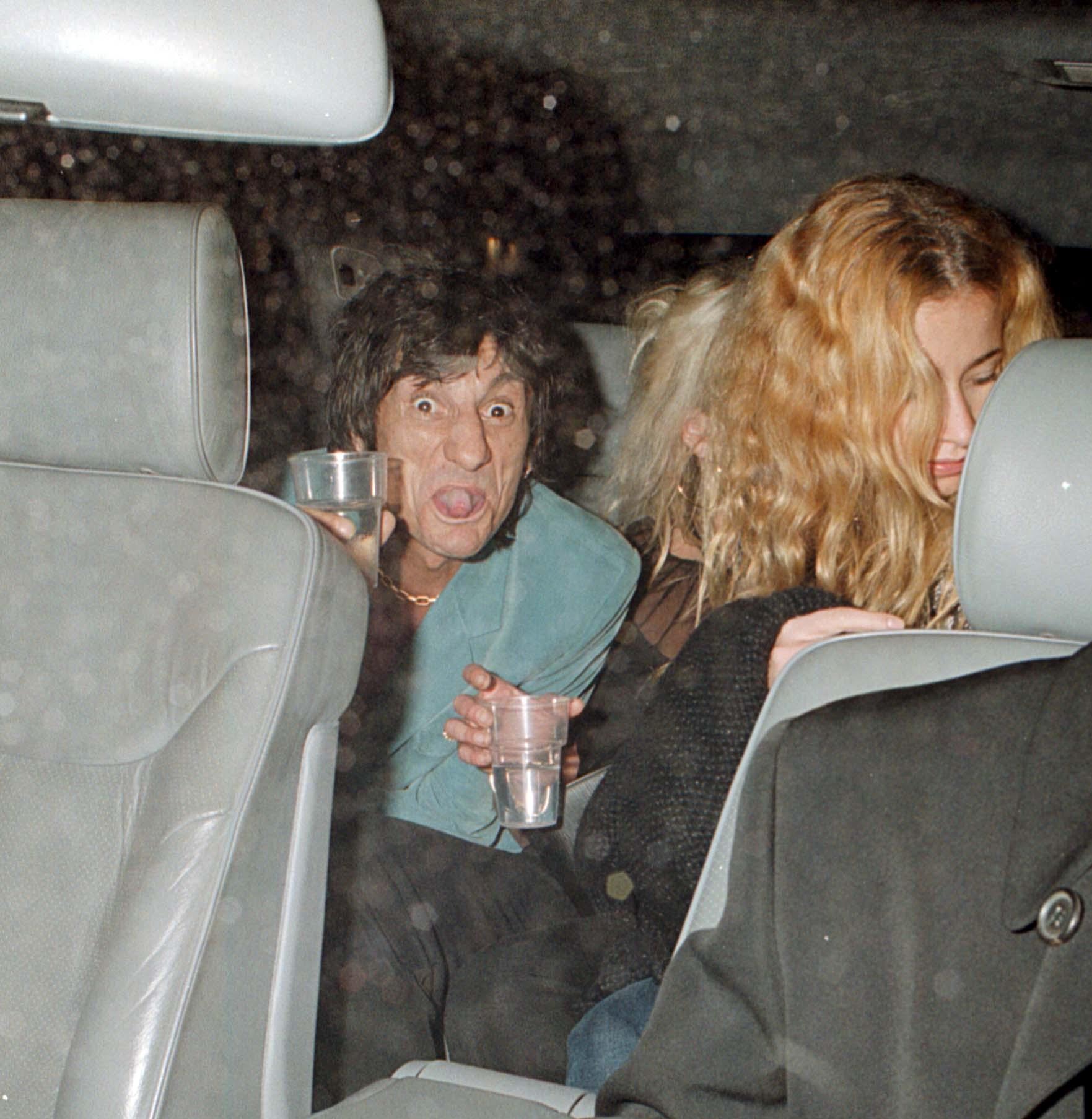 Speaking on the documentary Somebody Up There Likes Me, he said: "I felt that with the base, the ­freebase, it was controlling me. I had no control over it. It took me about three years to get off it.

"I enjoyed the s*** out if it. Took it with me wherever I went. I thought it was the best thing going."

The rocker snorted so much coke he lost part of his nose in 1975, and at one point even resorted to taking the drug up his backside, according to close pal Rod Stewart.

Despite the extreme lengths he'd go to digest drugs, Ronnie believed his body ensured he never overdosed, telling The Independent: "I had a kind of cut-off switch. People would be teasing you, 'come on, have some more', and I'd pretend to take the pill and throw it away. 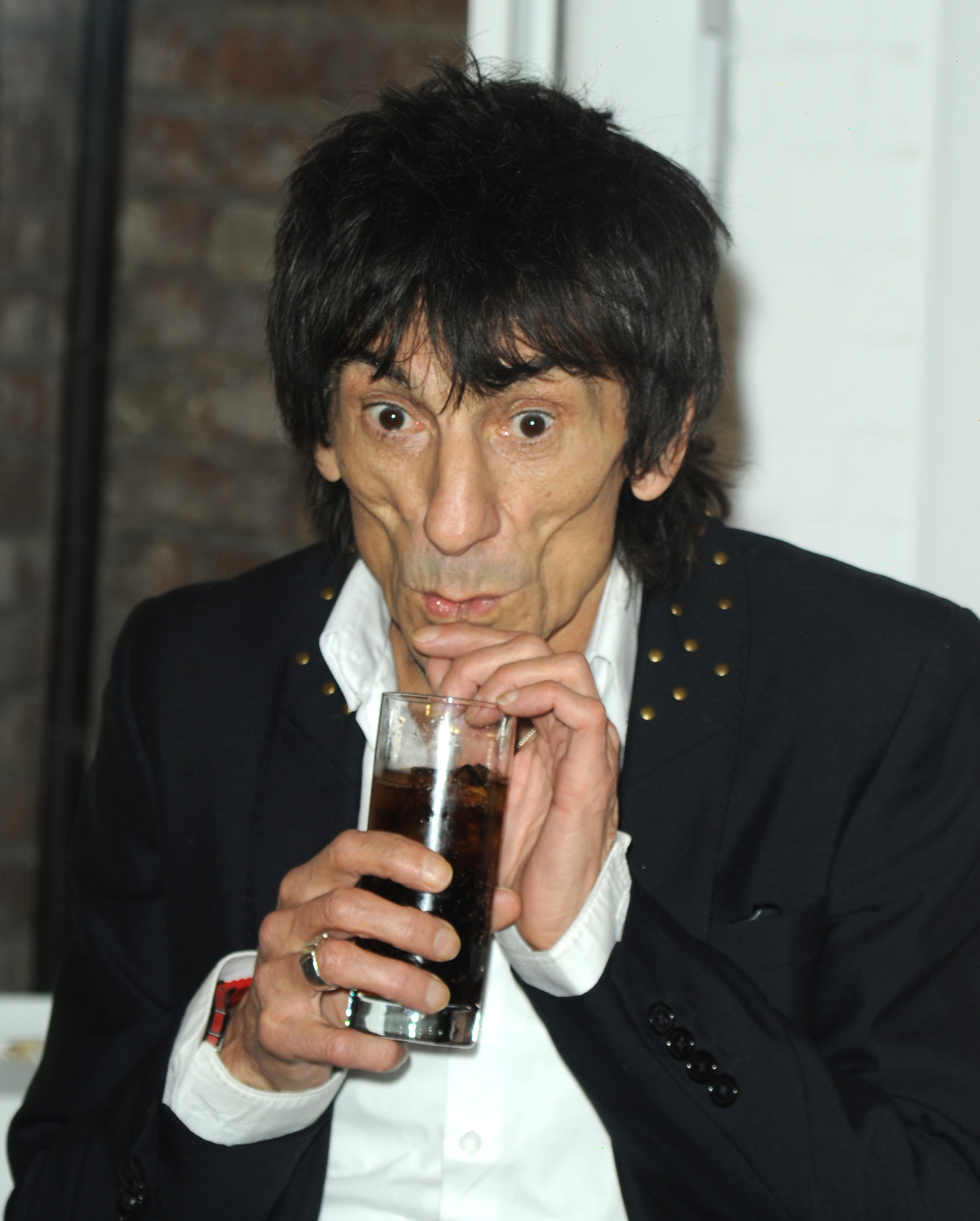 "They would carry on and bloody end up in hospital but I always had the sense in the back of my mind, no matter how out of it I was, of the body's ceiling."

Two bottles of vodka a day

It wasn't just drugs that were a problem for three-times married Ronnie.

His second ex-wife Jo, who he was married to for 26 years, previously said: "When Ronnie was drinking, it was an absolute nightmare. 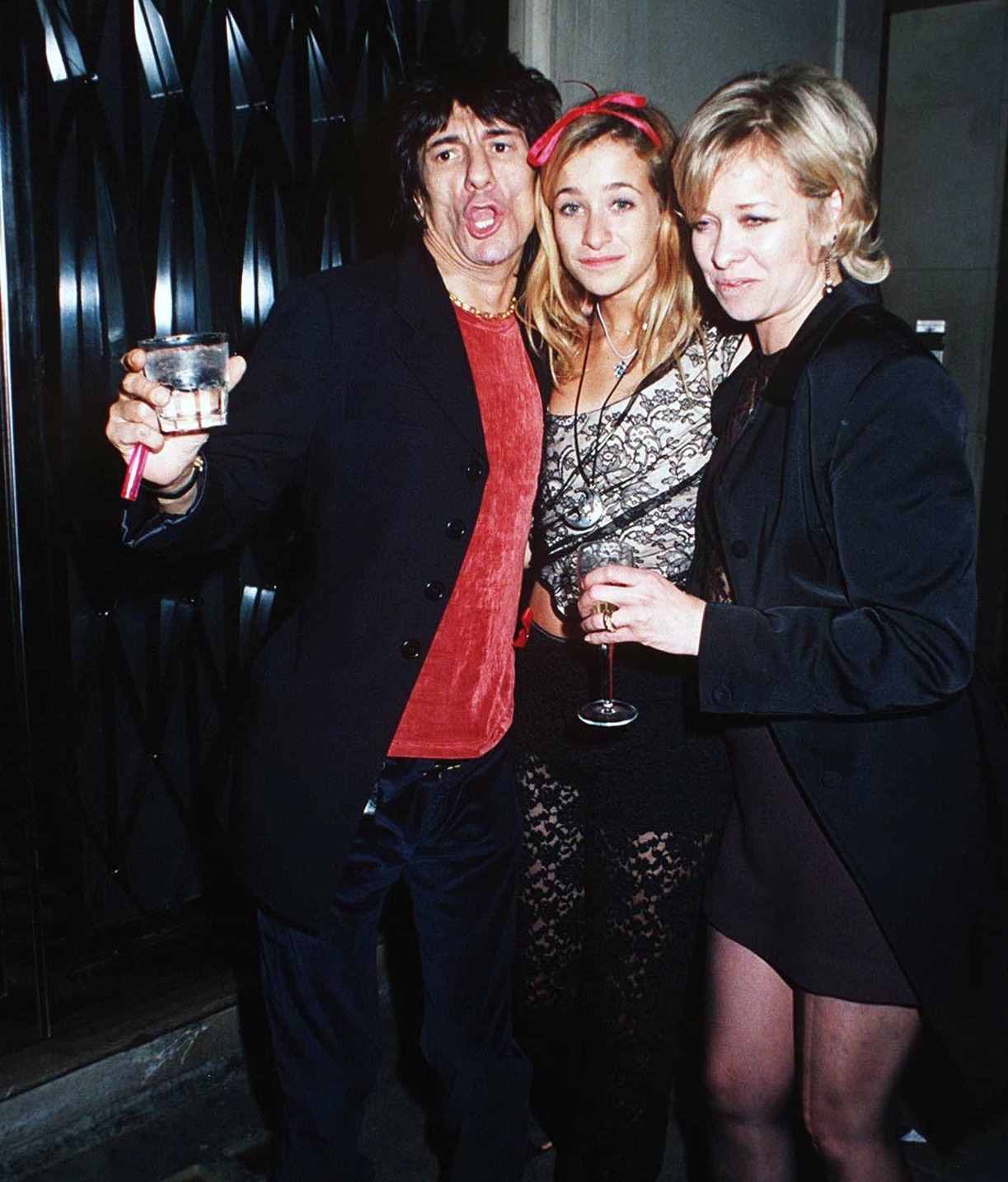 "I was at the end of my tether, wondering how much more I could take. It was every day, all night long, every night.

"Socially, everybody loved him. Ronnie was great. But when he got back home, he was horrible."

At one point the star's daily intake was said to be two bottles of vodka, eight pints of Guinness, a bottle of red wine and a bottle of Sambuca, equating 136 units a day. 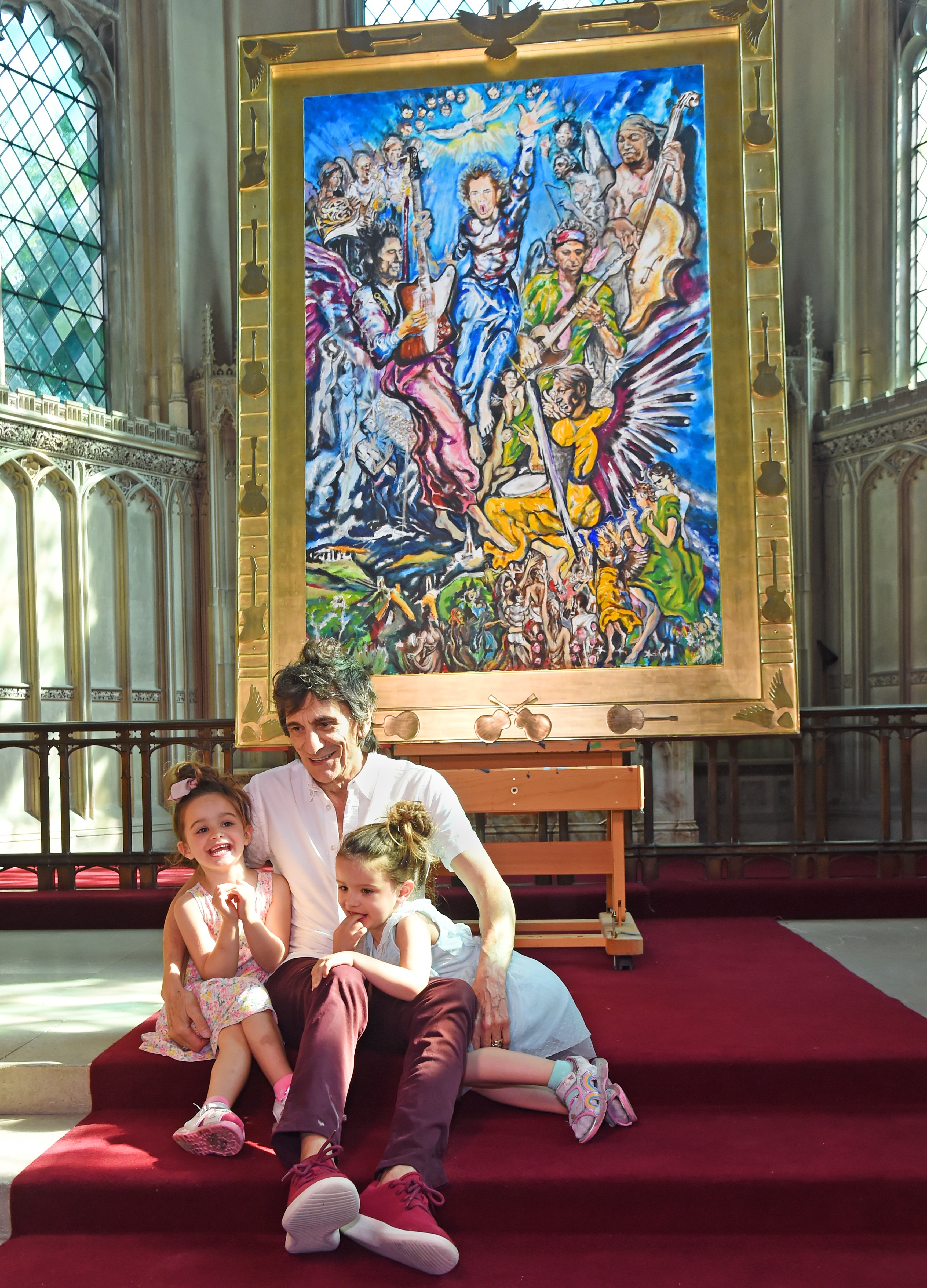 'I cleaned up to stay alive'

Ronnie would go on to endure a staggering eight stints in rehab, the first one after being told he was just six months from death.

He finally successfully got clean in 2010 – two years before marrying now-wife Sally, who is 31 years his junior. 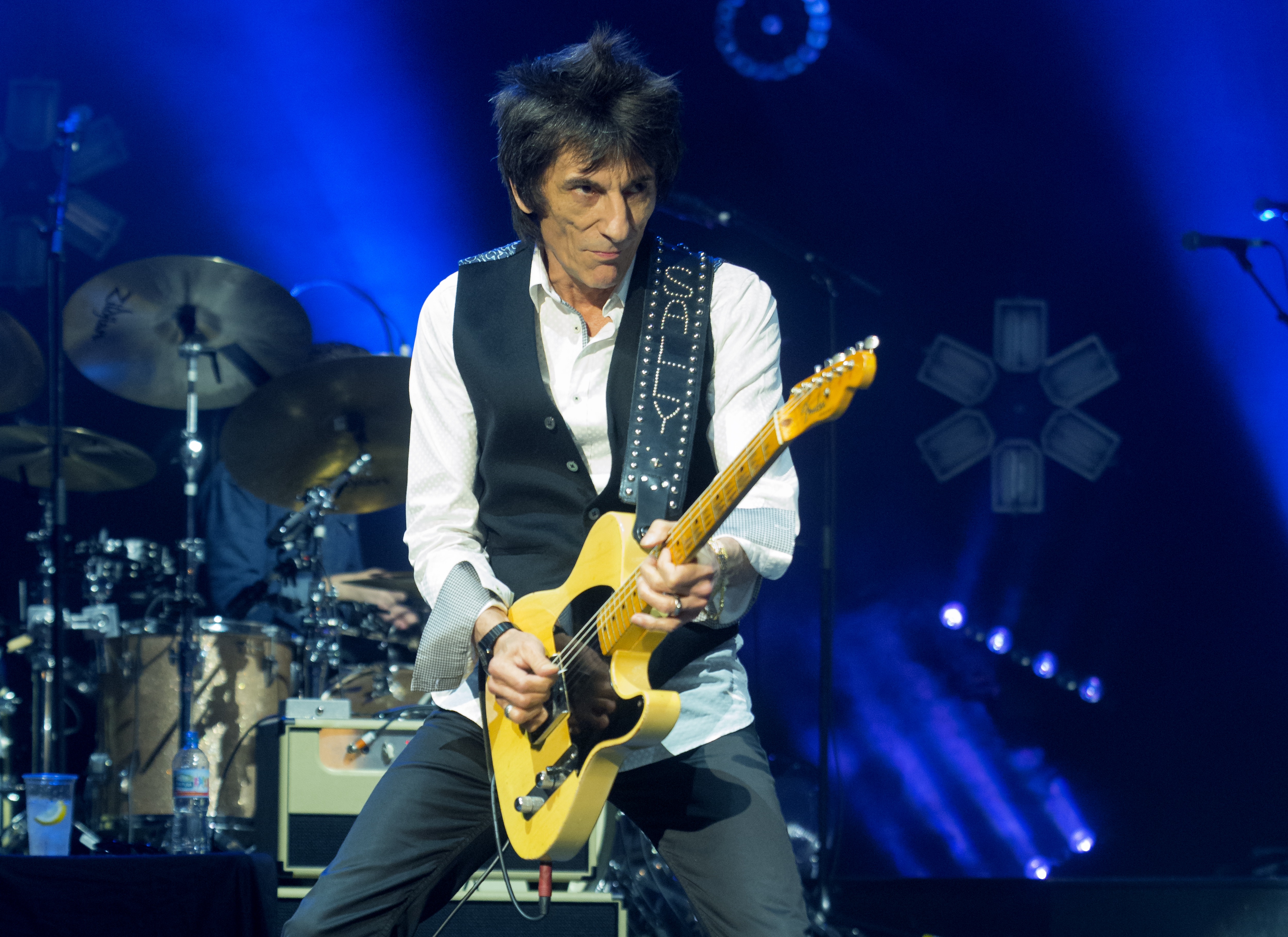 Speaking to Lounder Sound magazine, Ronnie said: "I wanted to stop before my body shut down.

"It was purely a selfish decision to save my life. I cleaned up merely to stay alive."

As if that wasn't enough, Ronnie also suffered two broken legs in a horrifying car accident in 1990.

His wife Jo was driving the couple's BMW when the car crashed, and while Ronnie was unhurt in the initial accident, when he stepped from the car to direct traffic around it he was struck by another car. 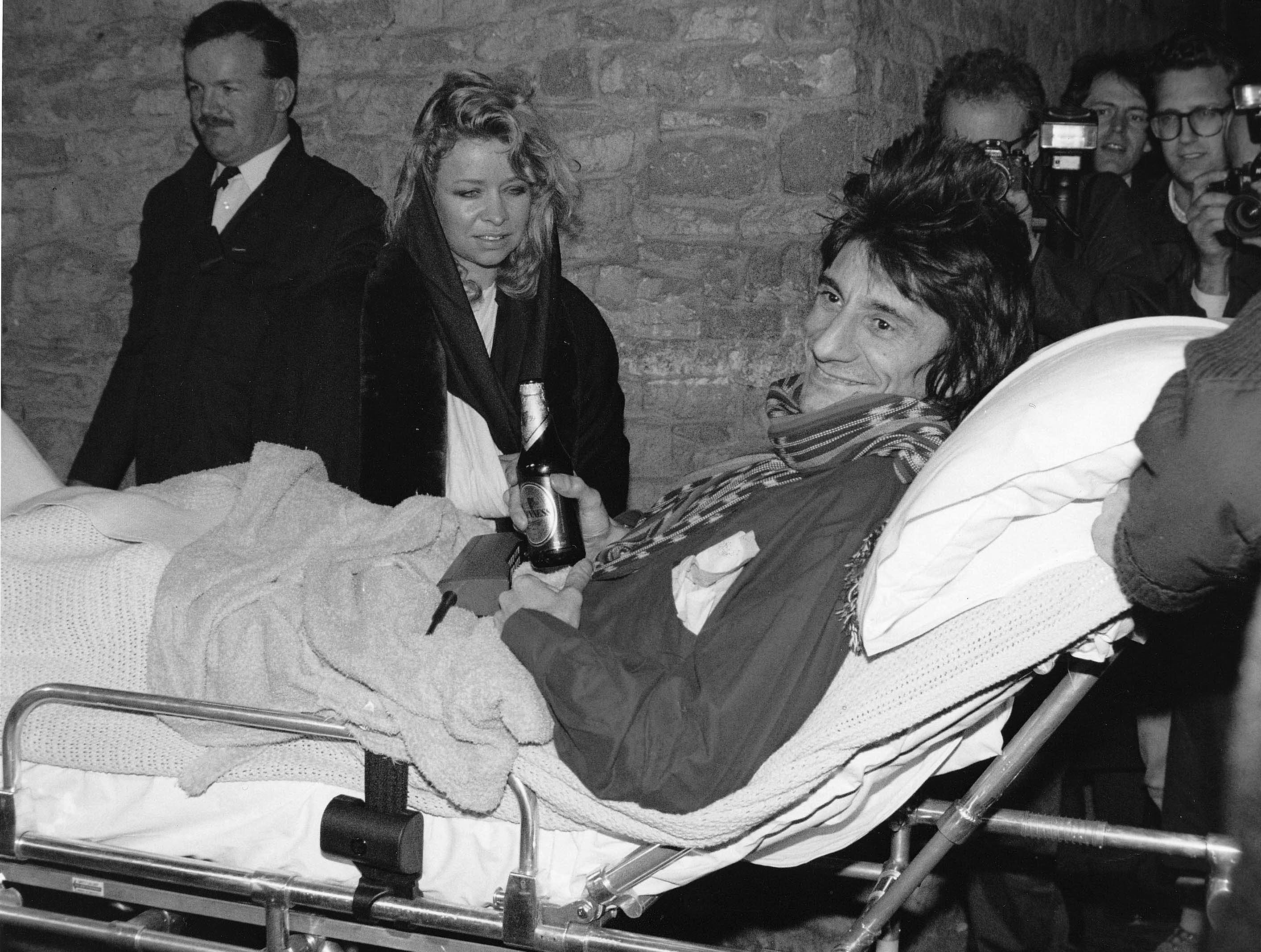 Ronnie was first diagnosed with cancer in 2017, and had a five hour operation to remove part of his lung, after smoking "25 to 30 cigarettes a day for 50-odd years" before quitting the habit in 2016.

Speaking to The Daily Mail, he said: "I can’t believe I’m still here either.

"Cocaine, heroin, booze, freebasing, I went for it all, but it’s the fags that are almost the hardest to kick." 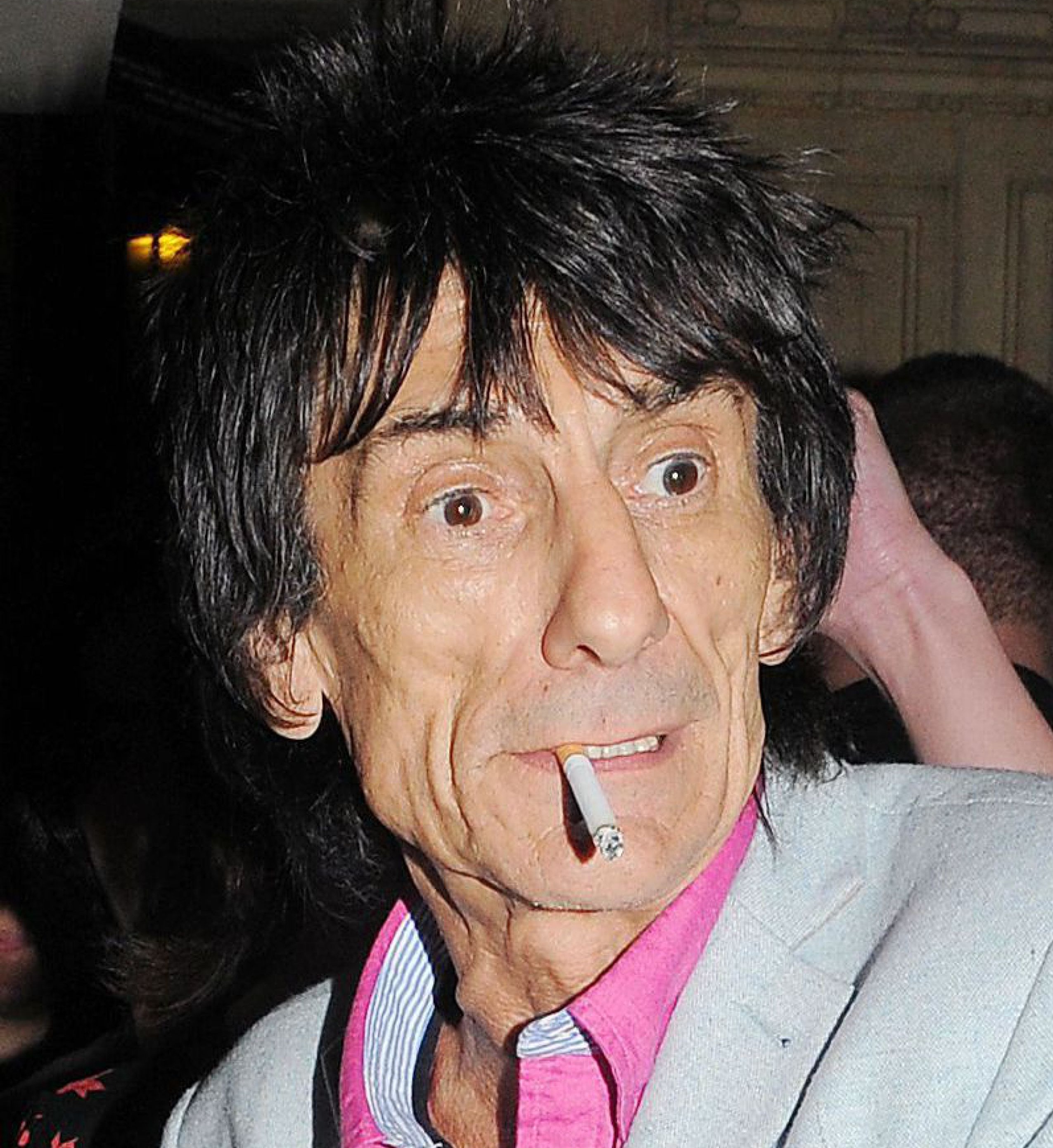 The rock legend recently revealed exclusively to The Sun that he'd got the shocking news in lockdown that he had the small-cell variant of the disease, but thankfully has received the all-clear.

Despite his public health battles, the rocker revealed one of the reasons why he still had a spring in his step at the age of 70 – daily sex.

When asked by The Guardian how often he indulges in hanky panky, the dad of six replied: “You’ve got to have that every day.” 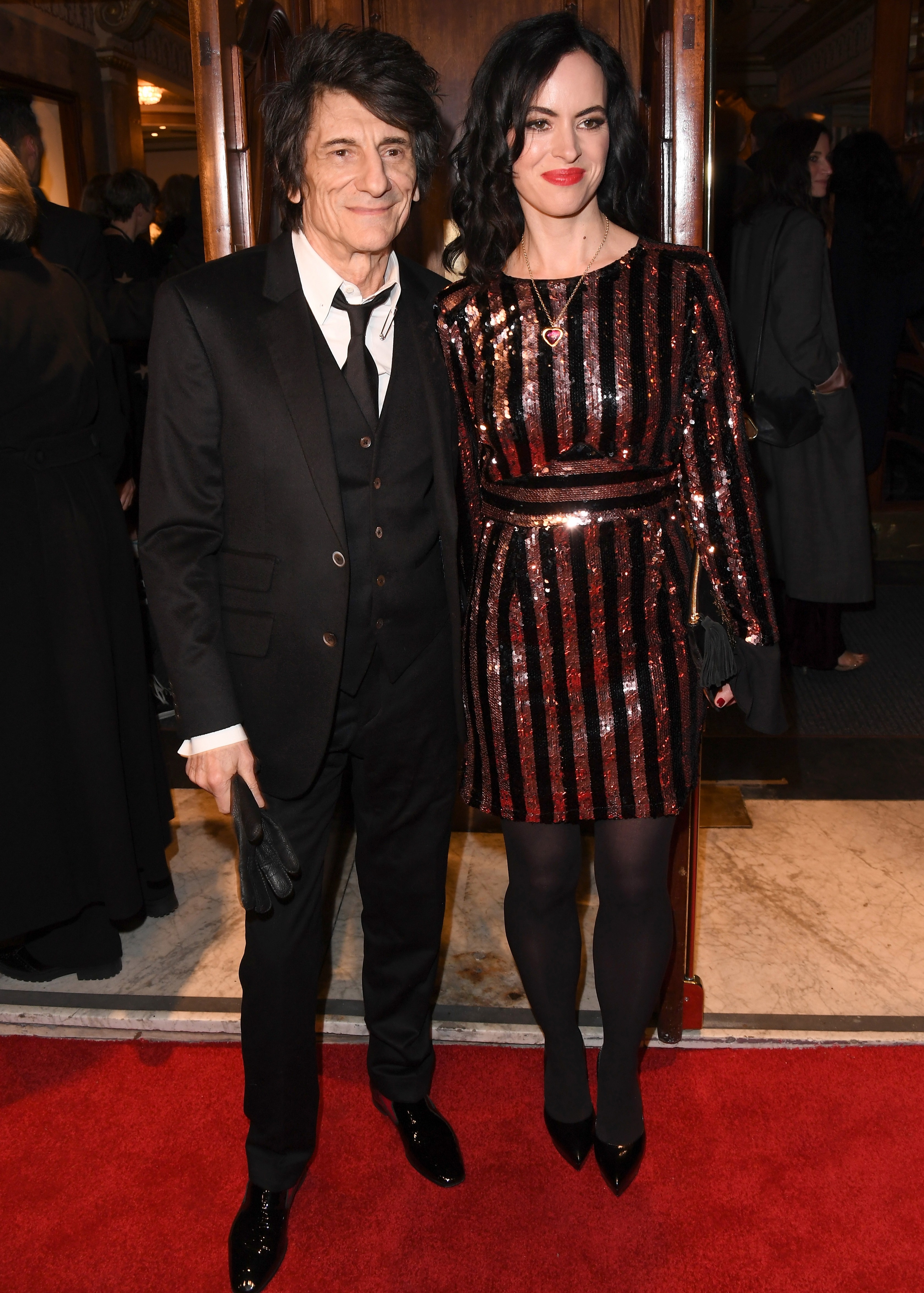 He also took up stamp collecting after leaving rehab, in a bid to "stay on the straight and narrow."

Now, despite his wild past, thankfully the rocker has been able to turn his life around, and has proved it's never too late to change.