EAMONN Holmes has been a staple of mainstream TV for decades.

However, his fans were left shocked yesterday when it was revealed he had quit This Morning after 15 years – reportedly for a move to GB News. 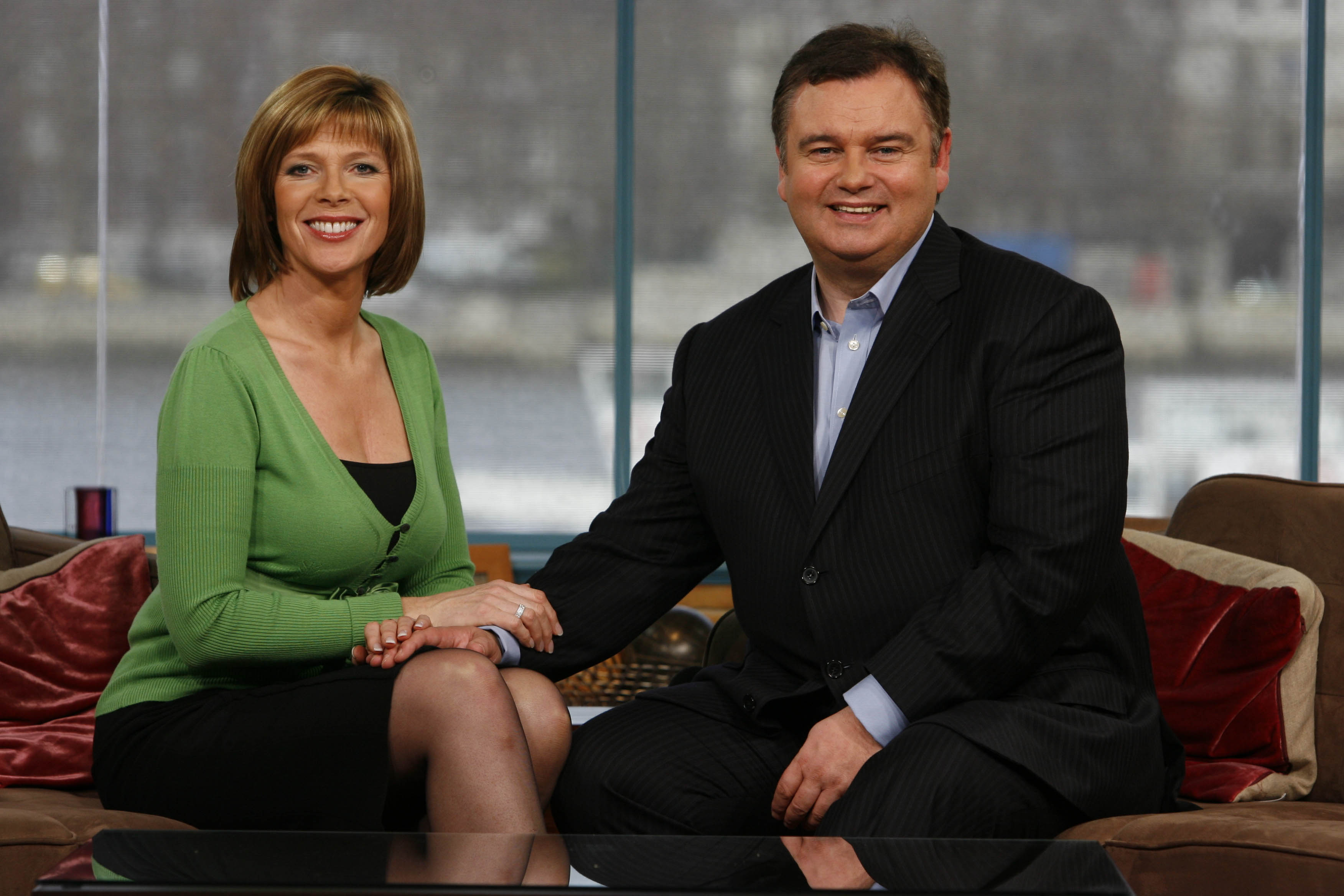 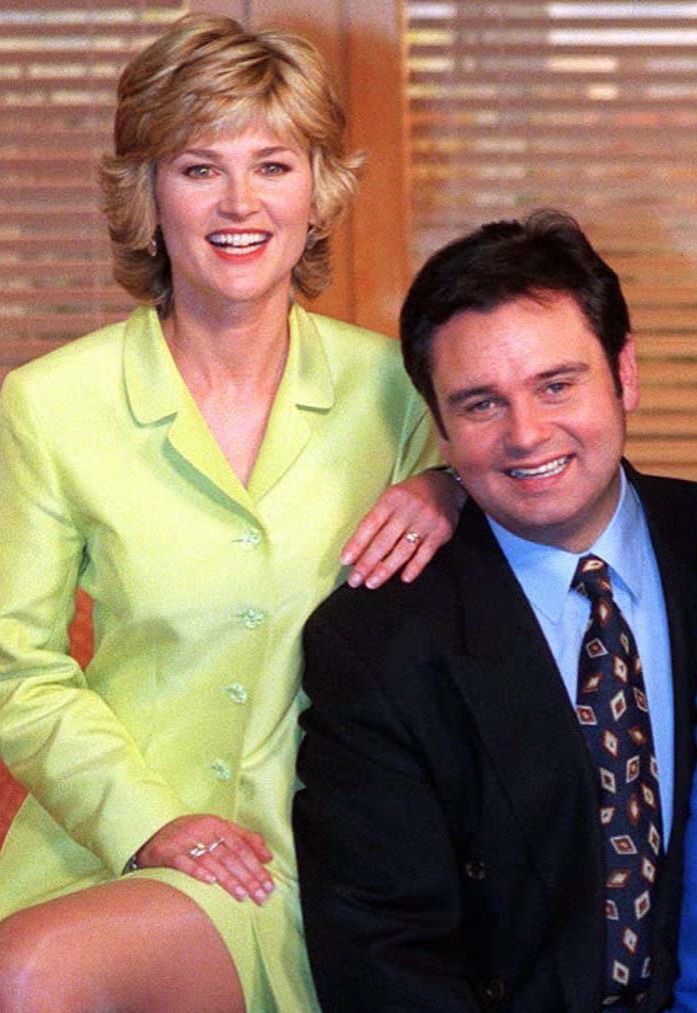 Such a move will take him off mainstream TV, a sad day considering he first co-hosted GMTV in 1993 until 2005, before joining This Morning in 2006 alongside wife Ruth Langsford.

As well as his gig on This Morning, Eamonn also presented Sky News Sunrise from 2005 until 2016, and his combined income from both shows made him the highest paid TV star of 2011 with a £2.8 million salary.

Eamonn, 61, also hosted BBC quiz show Jet Set from 2001 to 2007 and has hosted a number of shows with Ruth including How the Other Half Lives, while away from TV, he presented the drive time show on talkRADIO from January 2018 until 2020.

Eamonn and Ruth were left shocked when they were dropped from their Friday slot on This Morning at the end of last year, and were replaced by Dermot O'Leary and Alison Hammond.

It meant that the couple were only called upon during the school holidays when the main presenters were off, but now it seems their time on the show is over for good with Eamonn's departure.

Despite his hugely successful career, and reports that he is worth £3 million, Eamonn hasn't been without his controversies, here's a look back at some of his biggest ones.

In 2019, Eamonn sparked a race row over his comments about Meghan Markle.

After her appearance at the Wimbledon tennis tournament, Eamonn had called the Duchess of Sussex "uppity", which caused ITV to later insist he did not know the historical connotations of the word.

One critic on Twitter said Eamonn personified "the inherent racism of the British media".

But threatening to sue, Eamonn hit back: "What a stupid bigoted a*se you are,

"U r typical of the sort who only want your questions asked. Our job us to ask questions. That's what we did and we did it very well (sic).

"Call me racist again and I will sue your bigoted stupid a*se off you."

In April last year, Eamonn caused a scandal when he seemed to suggest there could be a link between COVID-19 virus and 5G on mobile phones.

During a call in discussion with a viewer, the caller said: "There's a rumour that is circulating, it's not true and it's incredibly stupid."

Eamonn replied: ""Totally agree with everything you're saying, but what I don't accept is mainstream media immediately slapping that down as not true when they don't know it's not true.

"No one should attack or damage or do anything like that, but it's very easy to say it is not true because it suits the state narrative, that's all I would say as someone with an enquiring mind."

However, more than 400 This Morning viewers complained, sparking an Ofcom investigation.

A spokesperson said: "We carefully considered complaints about a discussion on This Morning. In our view, the presenter's ambiguous comments were ill-judged, and risked undermining viewers' trust in advice from public authorities and scientific evidence.

"After taking into account the co-presenter's firm rejection of the claims earlier in the programme, the discussion being about 'fake news' and the presenter clarifying his comments on air the following day, we have decided to issue guidance to ITV and its presenters."

After Phillip Schofield bravely came out on This Morning in February last year, Eamonn made an ill-advised joke which shocked viewers.

While viewers thought he was being disrespectful, Eamonn insisted he was trying to lighten the mood after an intense moment for his colleague.

Tweeting a picture of him and Phil hugging he said: ""This is a man who was in pain , who today confided in Ruth and I and who knows we stand in support of him, his family and his sexuality…

"Also unlike some, he appreciated a laugh to break the tension. @Schofe hoping you find happiness."

Phil replied: "Can I just say that @EamonnHolmes & @RuthieeL were utterly magnificent with me today, privately downstairs just the three of us and upstairs in front of the world. I couldn’t have hoped for a better, calming and loving set of hugs and support, I adore them both.

"And for the record, @EamonnHolmes made me laugh, he lightened a very emotional moment and I’m very happy that he did."

Being replaced on Fridays

After the shock decision to replace Eamonn and Ruth with Dermot and Alison was revealed, the couple were said to be "furious and upset".

While Ruth publicly hit out at the decision, Eamonn made a number of cheeky digs while presenting the show.

During one episode in December last year, Eamonn mentioned seeing a man selling Christmas trees at half price, and Ruth said he was "struggling to get rid of them".

Eamonn responded: "I would say so darling, I’d say that’s the obvious conclusion. Which is why they’re getting rid of us on a Friday now after all this sort of chat." 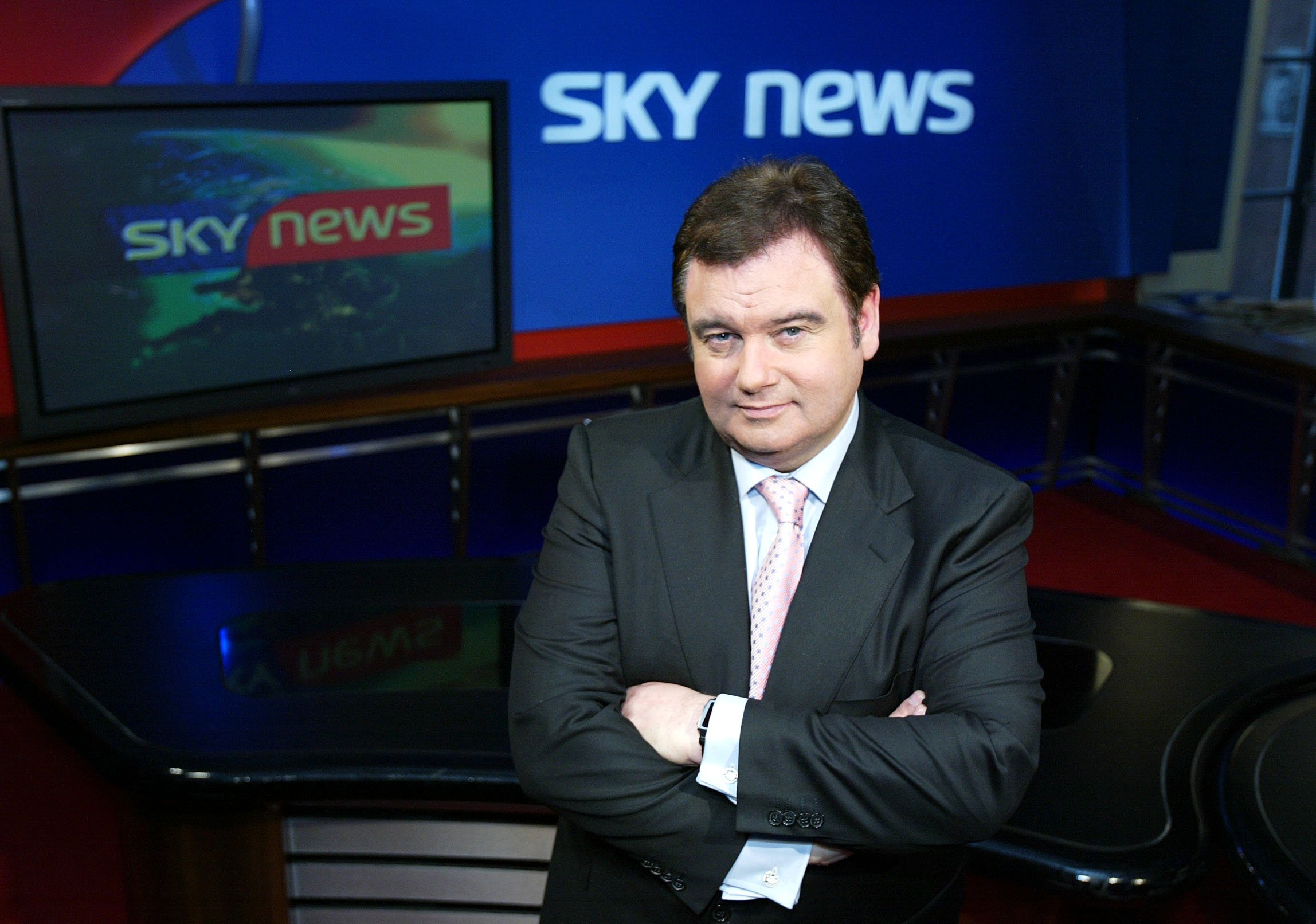 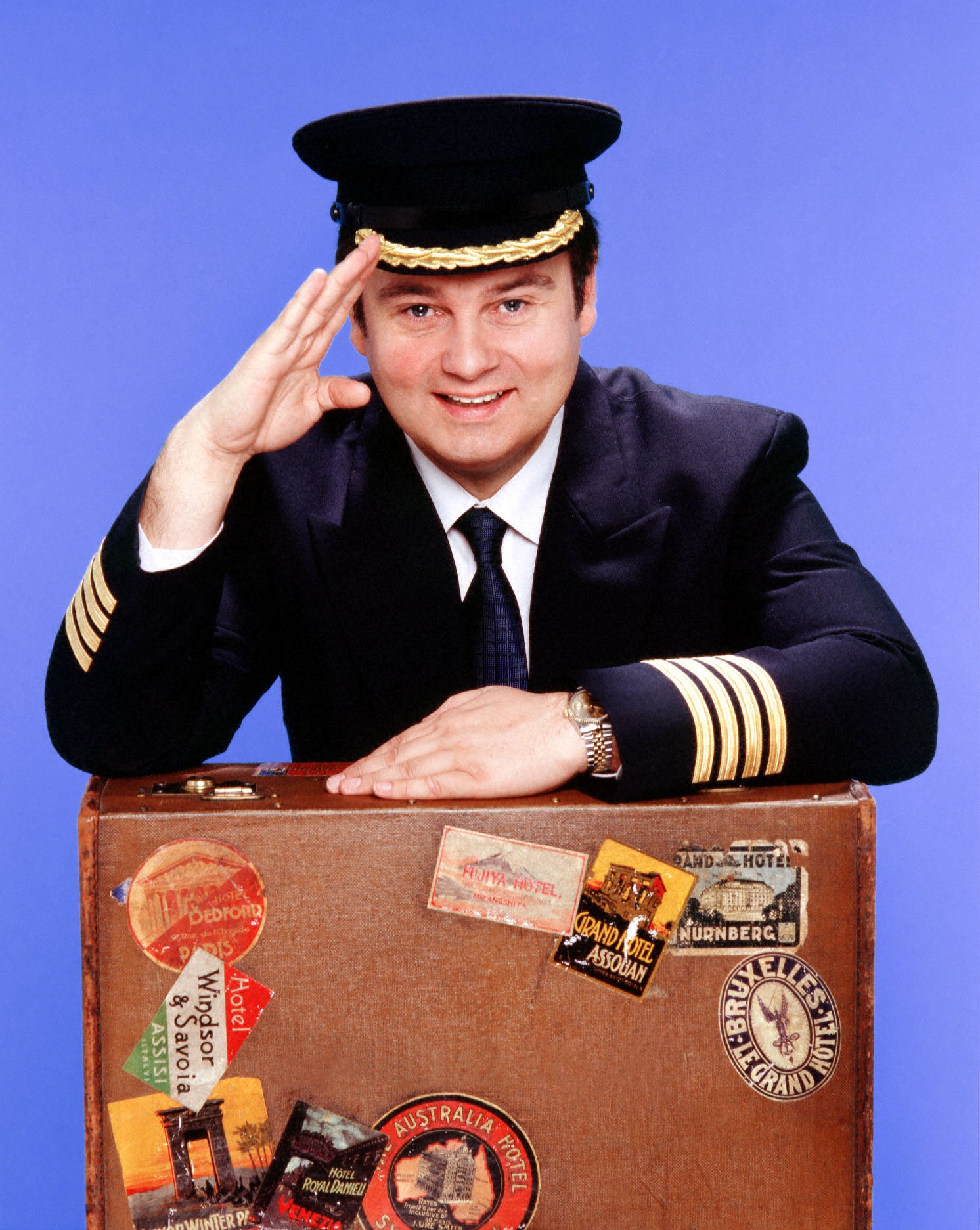 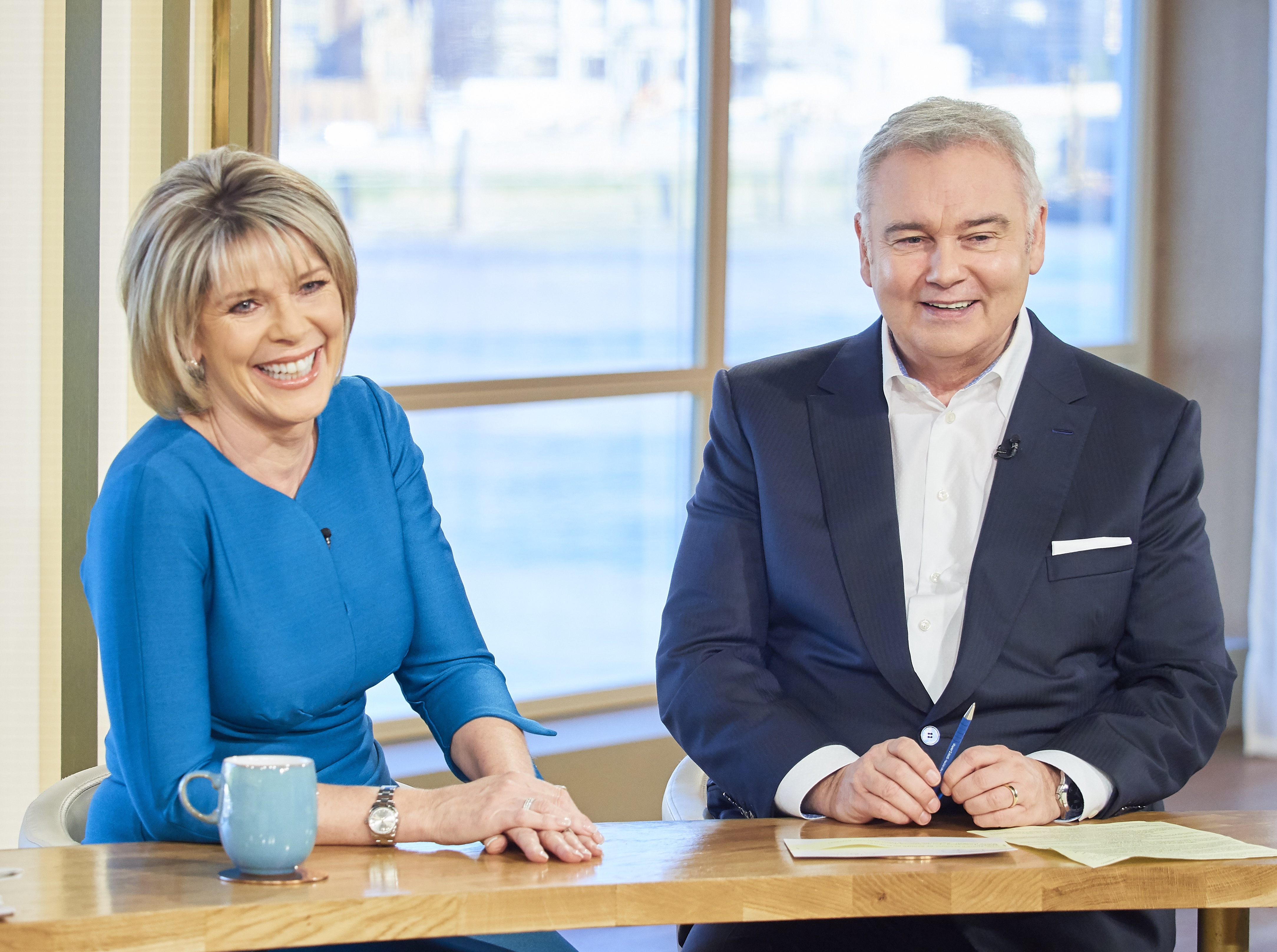