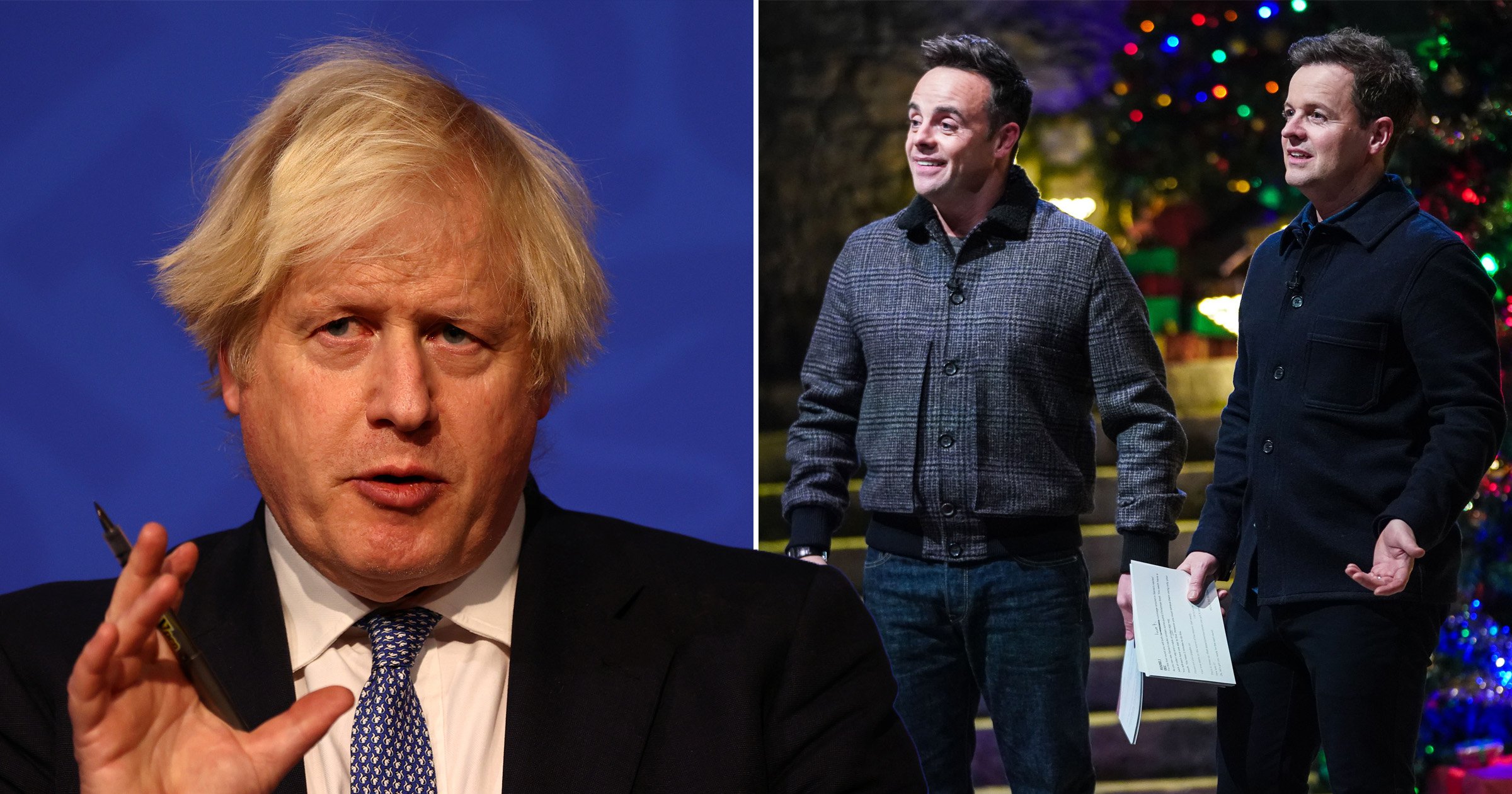 I’m A Celebrity…Get Me Out Of Here! hosts Ant and Dec have taken another big swipe at Boris Johnson after the alleged Christmas Party at Downing Street last December.

For the second time in two nights, the presenters made a cheeky dig at the PM after Mr Johnson announced that the UK will move to ‘Plan B’, in an effort to stop the spread of the Omicron variant of Covid.

Observers suggested that the move, which had not been rumoured until Tuesday, was conveniently timed – with the Government facing a major public backlash to allegations that Number 10 hosted Christmas parties last winter.

The reports have been denied, with a Downing Street spokesperson saying: ‘There was no Christmas party. Covid rules have been followed at all times.’

Now, Ant and Dec have hit out at the Prime Minister once again.

It came after the campmates decided to keep the truth about the Castle Coin Challenge hidden from David Ginola.

Almost every day since the start of this year’s I’m A Celebrity, Ant and Dec have taken aim at Mr Johnson, most notably when Dec referred to him as ‘Prime Minister…for now’ and gave us his rendition of his ‘forgive me’ speech.

Last year, the Prime Minister wasn’t safe either – when he was isolating during the Covid-19 pandemic, the pair suggested that he ‘must’ be watching, before launching into a less than complimentary bumbling impression of him.

I’m A Celebrity…Get Me Out Of Here! continues on Thursday at 9pm on ITV.