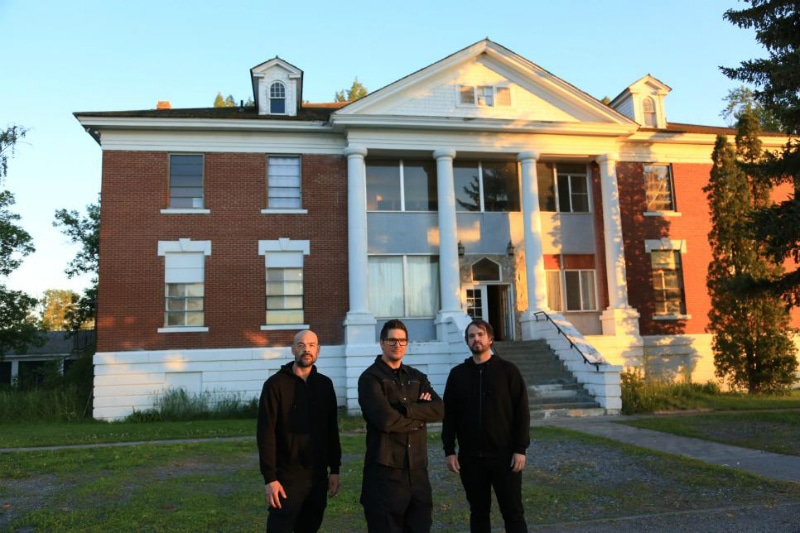 On the Season 16 premiere of Ghost Adventures, Zak Bagans and his crew are headed to Idaho to investigate the supernatural comings and goings at the St. Anthony Girls Reformatory. The facility was built by the state back in 1921 and has 60 years of haunted history.

The St. Anthony Girls Reformatory was purchased back in 2013 by Doug and Marilyn Olsen, a couple from Southern California who wanted to raise their children in rural Idaho and thought that building would make the perfect home. They knew nothing about the reformatory’s chilling history and the 20 or so bodies that are buried on the property.

According to the Rexburg Standard Journal, it didn’t take long for the Olsens to hear stories of ghosts on the property. There were even stories about local children playing with “ghost children” on and near the grounds of the reformatory.

There’s a cemetery tucked away near the canal at the back of this property that holds the almost-forgotten remains of over 20 children who died here. Are their spirits still wandering the grounds? Get a sneak peek at the investigation of Idaho State Reform School right now in our Story. #GhostAdventures is all-new, tomorrow at 9|8c.

That didn’t sway the family, who got to work making the large property livable by upgrading the interior and even making space for rooms that are rented out through Airbnb.

They even converted the old medical clinic located in the reformatory into a “haunted hospital” at Halloween in order to raise money. It’s said that the attraction is the real deal and even has a ghost child that sometimes shows up and helps spook the guests.

Despite all of that, the family still lives in the house and continues to learn of the property’s shocking history.

Ghost Adventures became interested after a neighbor asked Marilyn Olsen if she could check out the property and shared information about it with her ghost hunting group. That’s when Zak Bagans and his crew got involved, showing up to St. Anthony’s Girls Reformatory with their equipment to see what kind of supernatural presence they could detect.

What did the spirit box capture in the infirmary? ? We’re locking down Idaho State Reform School at 9|8c. Don’t miss all-new #GhostAdventures.

There should be plenty of supernatural activity based on the numerous stories about the reformatory and the other buildings on the grounds. In fact, the buildings stopped operating in the 1980s and there are people still alive who were students and patients who were housed there.

Over the years, the property is said to have been used for different things besides the reformatory. In fact, there are even stories that part of the property was used to house a group of boys who attended a reform school down the street.

While the St. Anthony’s Girls Reformatory is said to be haunted by many who have visited, there are also reports that the ghosts are of the “helpful” variety, which may be the reason families have been able to live there peacefully.

Ghost Adventures airs on Saturdays at 9/8c on the Travel channel.