The sixth episode of The Handmaid’s Tale Season 3 is the show’s most chillingly ambitious to date. June travels with the Waterfords to Washington, D.C., allowing viewers to glimpse for the first time exactly what became of the nation’s capital since the fall of America. In approaching the episode, executive producer Warren Littlefield says the production team started with a single question: “How do we take the iconic visuals of Washington and say ‘Gilead has been here’?”

Through what Littlefield calls “radical visualization,” the episode creates a sense that everything has changed in Washington without requiring much expository dialogue. “You start with the Washington Monument and turn that into a Gilead cross—that one visual says it all. Then we go to the Lincoln Memorial, which of course is about freedom and emancipation. We destroy Lincoln, we rip him in half, we tear him out of the chair. We’re left with a sense that those values, and what’s on those walls, are no longer relevant.” 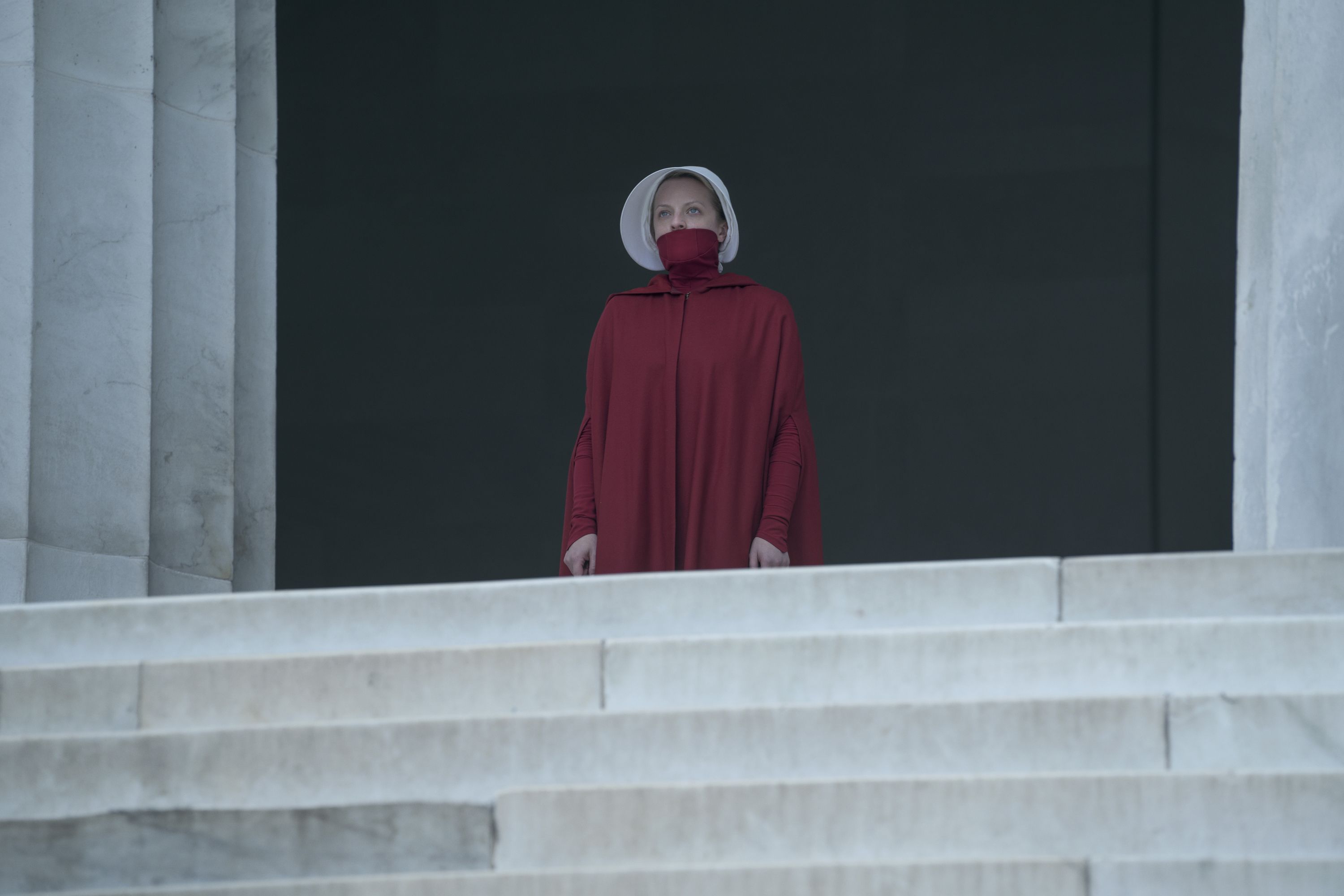 The decision to go to D.C., Littlefield says, came out of a desire to expand the world of the show and explore the power structure of Gilead in more depth. Washington is the seat of power in Gilead just as it is in the real America, and entering that gilded world changes the power dynamics of the show. “Chris Meloni’s Commander Winslow wields more power as a Commander in Washington than Fred Waterford does,” Littlefield explains, adding that we’ll see more of their dynamic in future episodes. “The strange relationship between Winslow and Waterford, that becomes a new dimension for us in this season.” Then there are the Handmaids, whose lips are stapled shut to prohibit them from speaking. “At the center of Gilead’s power, Handmaids have different requirements—we see the piercings in their upper lips, we see another level of Gilead at work here,” the executive producer says.

Ever since The Handmaid’s Tale premiered in April 2017—just three months after President Trump’s inauguration in January—parallels have been drawn between the nightmare dystopia of Gilead and the reality of modern America, where women’s reproductive rights and autonomy have been systematically stripped back by the administration. The surreal parallels were inescapable when shooting in Washington, Littlefield says:

Littlefield also noted that the government shutdown—which began in December and stretched to the end of January to become the longest in U.S. history—impacted the show. “We had to shift our shooting schedule because they couldn’t issue a permit,” he explained. “We had to wait for the government to open back up, and we were engaged with uniformed men and women who work for the government who were presiding over that area, and I wasn’t sure whether we would be welcomed or not. And we were. Not only were we welcomed, they gave us tremendous respect and freedom in what we needed to accomplish there.”