The summer might be coming to an end, but things are just starting to heat up in Bachelor Nation. It’s finally time for another season of Bachelor in Paradise, and it looks like things are getting more interesting than ever. Some more of our faves from The Bachelor and The Bachelorette are back to find love, but we know that relationships in Paradise don’t always go as expected. And with new guest hosts David Spade, Lil Jon, Titus Burgess, and Lance Bass being added into the mix after Chris Harrison’s exit, things will no doubt be more chaotic than ever before.

But before you click play on the first episode, you’re probably wondering just how much BiP we’ll be getting this season. Not to worry, we’ve got all the details so you can plan your Bachelor watch parties. 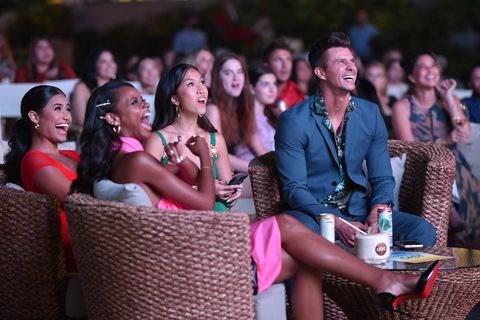 Here’s the complete release schedule for Bachelor in Paradise:

Wait, there are only going to be seven episodes?

As of right now, it’s actually unclear! Since ABC hasn’t released the full schedule for Bachelor in Paradise just yet, you can probably expect more coming soon.

We’ll be updating this list as the season goes on, so make sure to come back to get all the details on when to watch new Bachelor in Paradise episodes next.