Time-travel stories are, inevitably, almost always about the present. They’re sort of a crucible for our values and ideas about the world, when transposed suddenly to the distant past or future. But FX’s “Kindred,” based on the 1979 Octavia Butler novel, owes its identity as much to the problems and possibilities of TV in the 21st century as it does to one of the landmark speculative fiction stories of the 20th century. Showrunner Branden Jacob-Jenkins saw something happening as he watched shows like “Mad Men” and “Breaking Bad” inaugurate the age of the antihero in the late ’00s. He saw an emphasis shift in the structure and storytelling priorities of certain TV shows, one that might perfectly fit the way Butler’s novel plays with the movement of time and how it affects the characters.

“[I saw “Mad Men” and “Breaking Bad”] engaging a viewership, not playing the game of like, ‘guess what happens,’ but like you were really watching a writer write in real time,” Jacob-Jenkins told IndieWire. “I felt like there was a real sense of feeling time pass, like the pleasure inside that space is watching these characters develop and grow. That was part of what was making the show. You were paying attention to that, as opposed to just like, ‘This is a season of television. I hope it comes back next season.’”

That sense of development under pressure and over time is crucial to the protagonist of “Kindred,” Dana (Mallori Johnson), whose ability to transport herself back to an Antebellum Maryland plantation asserts itself just as she’s trying to embark on a new career (as a “Dynasty”-loving TV writer!) in Los Angeles in 2016. Choices of adaptation like these are ones that place Dana much more at a crossroads of identity than in the novel. The adjustments focus the show’s attention on the ways in which the pressures of the past and Dana’s attempts to ‘solve’ her family history by protecting Rufus (David Alexander Kaplan), the son of enslaver Thomas Weylin (Ryan Kwanten), might imperil or change the person she wants to be. 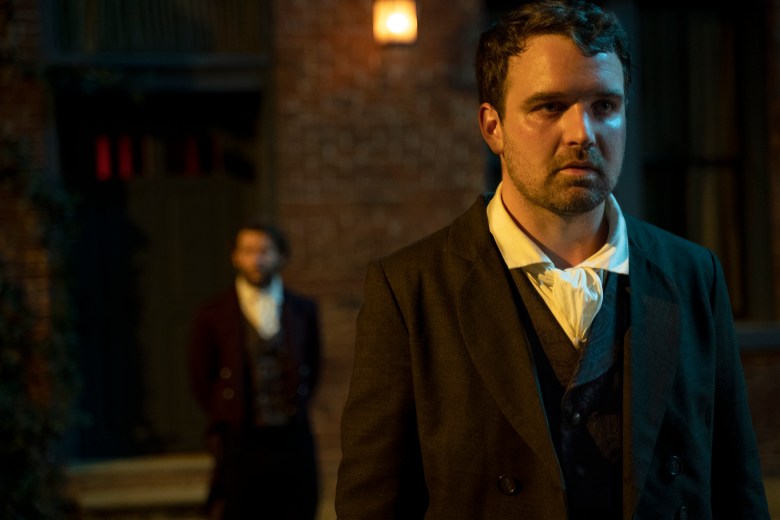 Having the show’s central tension come down to Dana’s character itself allowed “Kindred” to treat its time travel in a very different, less strictly causal way that most sci-fi TV shows would do. “I did not want to be predictable when Dana would go back and forth, which meant to me that we couldn’t have a pattern of like one episode in LA, one episode in the past — that kind of ‘Quantum Leap’ vibe,” Jacob-Jenkins said. “We wanted to be able to somehow still feel a little surprised or build suspense around when is she going home, when is she going back? You want to feel the past eat the show — or eat the present — over the course of the season.”

Dana’s character also dictated resets of some character relationships and the inclusion of others. While in the novel, she’s already married to a white man named Kevin, the series’ Kevin (Micah Stock) starts as barely an acquaintance, and Jacob-Jenkins puts the development of the couple’s interracial relationship in direct contact with the history of enslavement and the endemic rape of enslaved people by their enslavers that still swims below the surface of our culture.

“In the book, we’re actually getting the story of their marriage and these flashbacks at the top of chapters, and we knew that we weren’t gonna be able to cover the whole book in the first season, so [we asked], ‘There’s gotta be a way to play [this relationship] in real time,’” Jacob-Jenkins said. “You’re handed the canvas and the canvas is as big as it is, so you’re like, ‘What kind of picture can we paint?’ We made this formal call that the camera in the past can only follow Dana or Kevin, so we could not have privileged scenes with other people because it would sort of beg different questions about why we are cutting back to like someone in their cabin while Dana’s in the present taking a bath?” 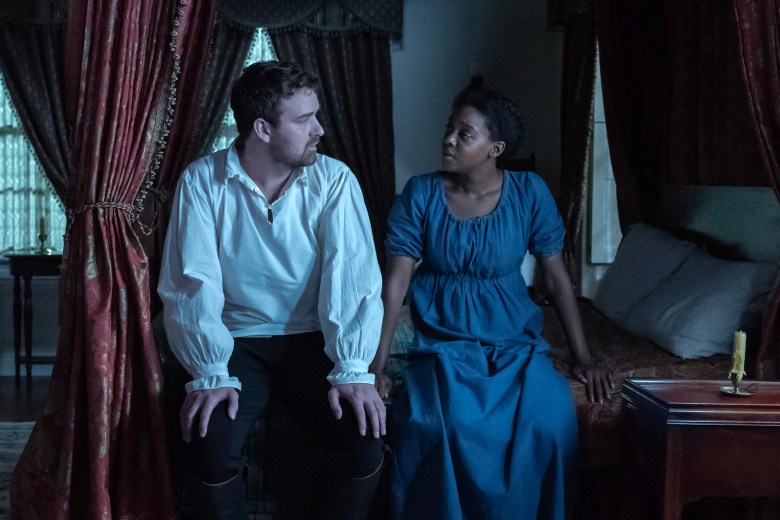 Building emotionally motivated but clearly telegraphed genre concepts and stretching characterization across episodes (without a lever to pull on a TARDIS) proved to be one of the most exciting opportunities and one of the trickiest aspects to work out in Jacob-Jenkins’ storytelling calculus. “The book is so rich,” he said. “I think you could tell this story in a hundred episodes — and teaching people how to watch the show requires time. In addition to introducing us to two honestly separate, different play worlds. It was tricky.”

“There’s a kind of game you can play of, ‘Oh, every episode is basically a procedural or a short story unto itself.’ [But] people are watching these three in a row, so what can you give people that can create a cumulative effect over three hours as opposed to a half-hour, a full hour? ‘What kind of longer shapes can you make?’ is a big question I think is worth asking all the time, given that that’s how people are consuming a streamed show that’s dropped in one night.”

One of those longer shapes was the character of Olivia (Sheria Irving), Dana’s mother who may or may not also be permanently stuck in the past. “The show’s called ‘Kindred,’” Jacob-Jenkins said. “It’s about family. In a way I feel like Dana needed some way to actually get under the hood of family for herself. And so that’s what the mother emerged from — and also wanting [Dana] to have a reason to go back that’s more than just Rufus. Like there’s a reason for her to be in this space that isn’t just hiding with a child in a room for hours of television.” 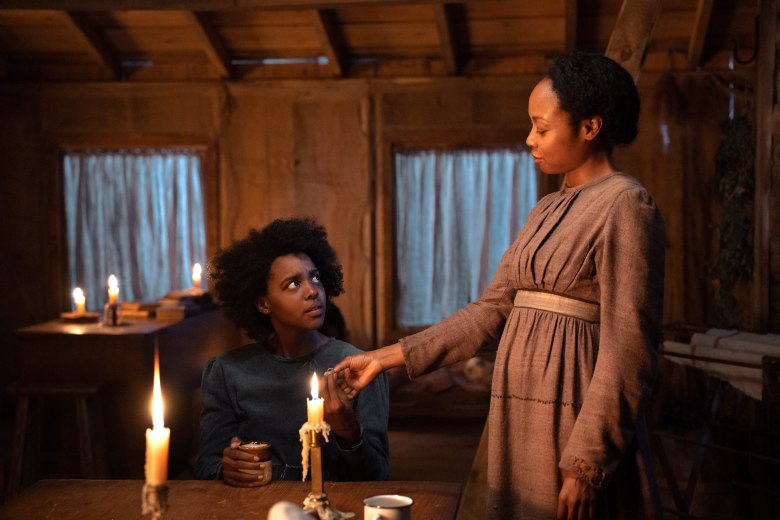 Finding hooks to create involving (and evolving) TV set pieces also led Jacob-Jenkins and his team to a visual approach. “Kindred” balances the needs of looking period-accurate with sometimes deliberately avoiding and sometimes challenging the cliché Hollywood images of what American slavery was and meant. Some of this involved peppering in a lot more point-of-view and on-the-ground experiential shots to keep the viewer grounded in Dana’s experience, some of it involved something as simple and original as putting snow on the ground.

“I’ve never seen it snowing before on a plantation,” Jacob-Jenkins said. “What does that look like? Because it happened, you know? When everyone’s cold, what happens? What are they wearing? What’s different here? We were just looking for the different way to see it, which meant not relying on like the pan up an alleyway of oak trees or, you know, Black bodies in a white spotted cotton landscape with a clear horizon line. We were interested in things that felt shaky, things that felt kind of dirty, we were always kind of chasing something about the uncanny.”

Chasing ideas and images that defy older modes of episode-by-episode plotting, that marinate across longer stretches, is an adaptation strategy that actually mirrors the way Butler’s novel treats time, and time-travel, as a force that is, horrifyingly, always shaping us even as we try to assert our agency in the present. It’s a strategy that attempts to produce characters and a set of worlds that are as complex and fascinating as Butler’s prose. But Jacob-Jenkins is conscious of how much time that requires, too. “We had so much concept to lay out in this [first season],” he said. “Hopefully, we get Season 2 so we can keep doing what we think we’re trying to do.”