Luke Morgan isn’t the only one who’s going to be furious over Darren Osborne and Mandy Richardson’s Hollyoaks affair.

The Channel 4 soap has been laying the groundwork for a rift between the long-time pals by having Darren fool around with Mandy behind Luke’s back — it’s an explosive situation that will ultimately play into Luke’s temporary departure from the show.

Darren actor Ashley Taylor Dawson recently admitted to the Daily Star he’s been “getting quite a lot of stick” for his character’s betrayal, even from loved ones in his own real-life home. 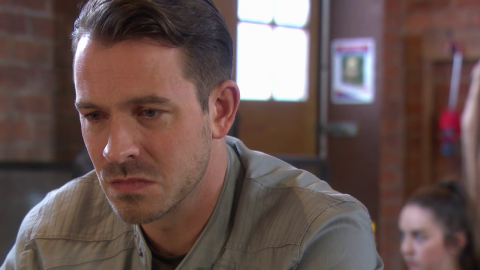 “The other week I walked into the living room when Hollyoaks was on. My three boys aged seven, four and one were all in there,” he recalled.

“I don’t usually let them watch it as I find it all a bit awkward, anyway just as I walk in it’s the scene where Darren is kissing Mandy and their little face just dropped.

“The little one just smiled at me, he obviously thought it was hilarious but the eldest one came up to me and proper smacked me!

“He went straight over to his mummy and said, ‘You can’t do that!’ We had to have a sit-down meeting where I explained what was going on. Bless him though.

“But at the time it was one of those moments when you think, what do I do? How to I explain it? But it was so sweet.” 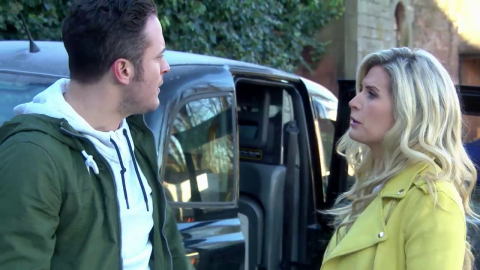 His co-star Gary Lucy recently warned Digital Spy readers that they can expect fireworks when Darren Osborne and Mandy Richardson’s fling finally comes to a head.

“It’s pretty devastating, isn’t it?” he teased. “It’s a real shame and it’ll be really heartbreaking when Luke finds out. He has to find out just before he goes.

“There’s a few things that all come together in the last few weeks of me being here. It’s going to be pretty heartbreaking, but so it should be.”