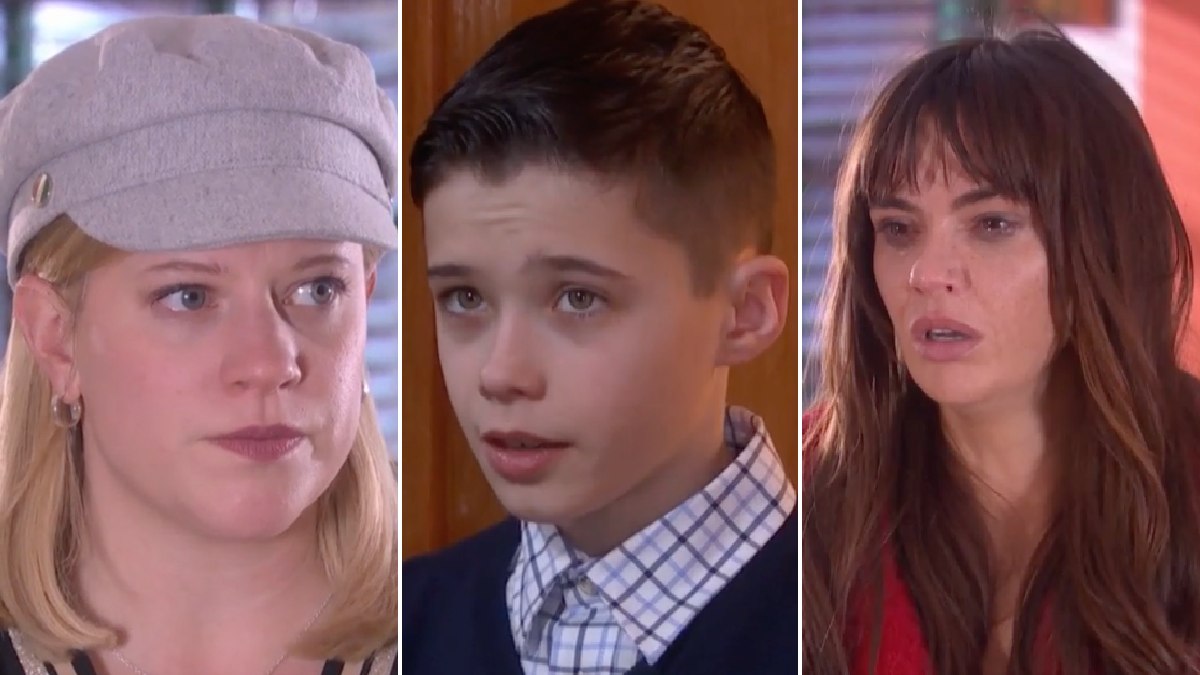 Doing so, however, may have ruined her chances of getting Bobby Costello (Jayden Fox) back.

The former landlady of The Dog, as viewers know, is on a mission to try and win back Bobby’s trust, after Wendy successfully manipulated him against her.

Things took a rather interesting turn last week when Wendy offered an olive branch, claiming that she would return Bobby to his mum in exchange for £5,000 compensation.

Mercedes did everything she could to raise the funds, including joining forces with Donna-Marie Quinn (Lucy-Jo Hudson), who devised a plan which saw Mercy pose as an escort in the hopes of securing money from a client.

But Wendy was one step ahead, witnessing Mercedes in action as she attempted to blackmail said client, and it’s safe to say she was not pleased.

Knowing Wendy would user this against her, Mercedes feared that she had lost Bobby for good this time, and thus she took the drugs the client had left behind. Little did she know, however, that Donna-Marie had sought out Wendy and pleaded with her to give Mercedes another chance.

Wendy seemingly did just that, as Bobby turned up at the McQueen residence, which left Mercedes stunned. Bobby soon realised that something about his mum wasn’t quite right, but she did her best to cover.

Mercedes, however, soon started bad-mouthing Wendy, which led to an argument, one which ended with Mercedes ordering Bobby to get to his room.

Wendy later showed up, and found Bobby locked in the room and in distress, much to the shock of Mercedes, who struggled to to remember locking her son in.

Did Wendy set her up? It’s certainly possible! Subsequent scenes saw the schemer call the police on Mercedes, branding her a ‘disgrace’.

Bobby was taken out of Mercedes’ care and placed with Wendy – but has Mercedes lost Bobby forever?

Only time will tell.

Hollyoaks continues Wednesday May 18 at 7pm on E4, or stream the next episode first on All4 from midnight.