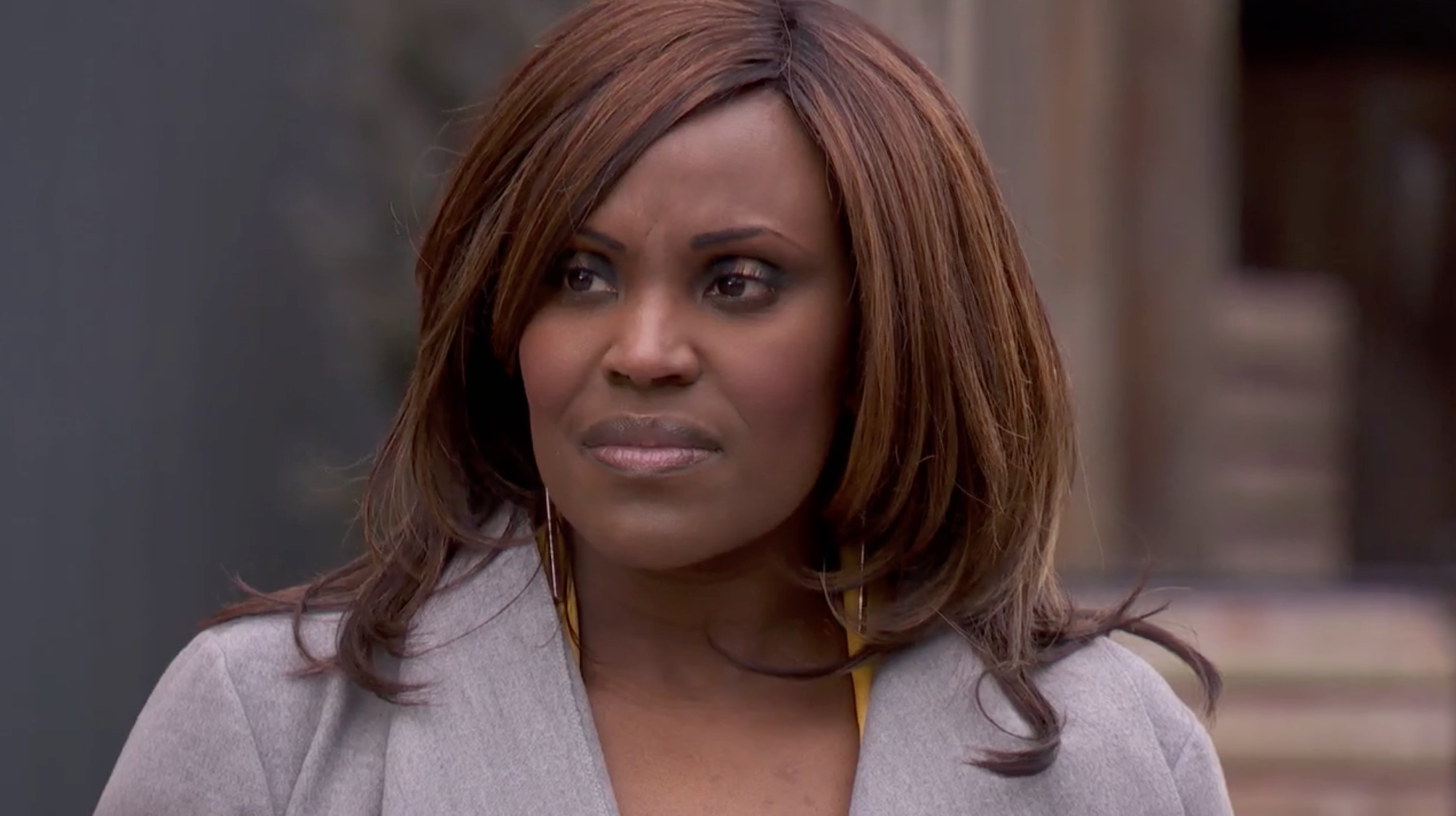 Hollyoaks’ Martine Deveraux (Kelle Bryan) made a huge decision tonight (may 17), as she told her family that she would be getting cancer treatment after all.

The businesswoman had left Toby (Bobby Gordon), Celeste (Andrea Ali) and Walter (Trevor A Toussaint) speechless last week, when – following her diagnosis with breast cancer – she decided against having treatment.

‘I could go through all of those options, and the cancer could still come back,’ Martine told her family.

‘That’s why I have decided that I’m not having treatment.’

Tonight’s instalment of the Channel 4 soap saw Toby, Celeste and Walter attempt to make Martine reconsider, with Toby even branding her decision ‘selfish.’

Walter reminded her that blocking the cancer out doesn’t make it go away, but Martine had enough, and therefore made an exit.

She headed to the Salon to meet with Patsy – the unpleasant woman who had previously interviewed her for Business Woman of the Year.

Martine struggled to concentrate on what Patsy said to her – the words of Walter going round and round in her head – and when Patsy became demeaning once more, she ultimately snapped.

The Price Slice manager put Pasty in her place, reiterating to her that she’s capable of handling anything, and that she fully deserves this award.

Martine evidently had enough of Patsy’s abhorrent behaviour, and told her that any future correspondence regarding the award could be done via email.

This showdown made Martine reconsider her decision regarding her cancer treatment, and she later informed her nearest and dearest that she’s going to the hospital to find out what comes next.

Hollyoaks continues Tuesday May 18 at 7pm on E4.