Shaun Bailey dove into the debate as the US went through the eight night of public unrest since the death of 46-year-old George Floyd last week. Mr Floyd died of asphyxia while in the custody of Minneapolis police and footage of his detainment sparked outrage across the world. Donald Trump has maintained a hard stance against protesters, calling on the National Guard to intervene, but Mr Bailey insisted the US President’s approach to the issue is “wrong.”

Mr Bailey, the Conservative London mayoral candidate and an experienced social worker, insisted the language Mr Trump has been using is only “pumping the anger” of the American people.

Drawing from his experience with London minority communities, the prospective Mayor of London called on the US President to understand Afro-American communities are scared and want to be listened to.

JUST IN: George Floyd protests rage on past curfew as US calls for justice 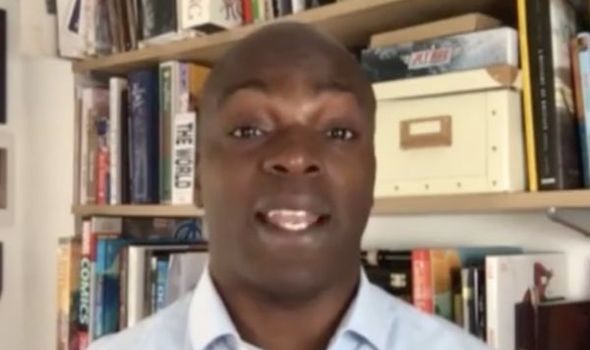 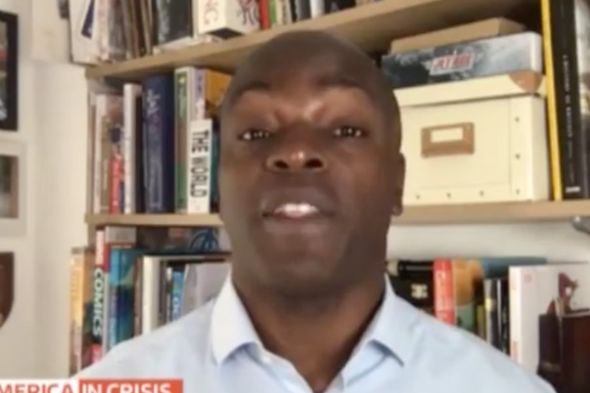 “And you have to find a way to facilitate that so it doesn’t turn into anything else.”

Mr Bailey continued: “I’ve been a youth worker for 20 years, I know how important that trust, that belief in the community is.

“When I speak to people they are afraid and angry. If you don’t meet that with some king of conciliatory tone, you pump the anger and it just grows and grows and grows.

Several cities in the US have imposed a curfew in a bid to clamp down on the protest but many have been ignoring the order to stay home.

President Trump has repeatedly rejected claims his Government has not been working for minorities in the US.

Protests over George Floyd’s death have also erupted in Washington DC, where protestors returned to Lafayette Park near the White House despite having been cleared with rubber bullets and tear gas on Monday.