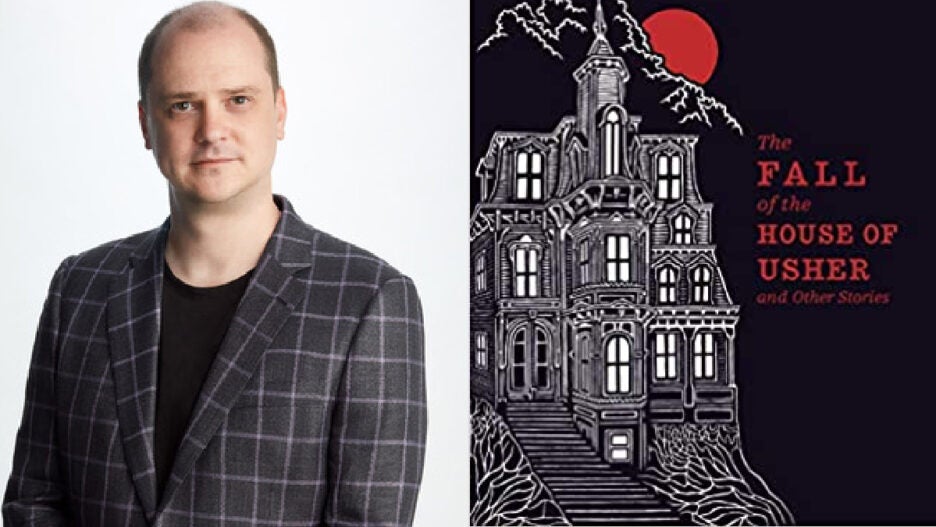 “The Haunting of Hill House” and “Midnight Mass” creator Mike Flanagan has set an adaptation of Edgar Allan Poe’s “The Fall of the House of Usher” as his next series at Netflix.

The eight-episode limited series will be based on multiple Gothic fiction works of Poe’s, including the titular 1840 short story, which follows an unnamed narrator who goes to visit his ill friend, Roderick Usher, at his estate, the House of Usher.

Plot and cast details for Flanagan’s “The Fall of the House of Usher” are being kept under wraps for now, but it is known that this show is a standalone limited series that is unrelated to Flanagan’s other series, namely “The Haunting of” franchise.

The show marks Flanagan and producing partner Trevor Macy’s fifth series at Netflix, where their production company, Intrepid Pictures, has an overall deal. They previously produced “The Haunting of Hill House” and its followup series “The Haunting of Bly Manor,” as well as the recently launched “Midnight Mass” and the upcoming “The Midnight Club.”

“The Fall of the House of Usher” is created by Flanagan, who executive produces alongside Macy for Intrepid Pictures. Additional executive producers include Emmy Grinwis and Michael Fimognari. Flanagan and Fimognari will each direct half of the episodes for the eight-installment limited series.

Flanagan and Macy signed their overall deal with Netflix in February 2019. The pact included the renewal of 2018’s “The Haunting of Hill House” (based on the book of the same name by Shirley Jackson) for Season 2, which was the “Bly Manor” chapter of the anthology, inspired by “The Turn of the Screw” and other works by Henry James.

Macy and Flanagan have yet to return to the franchise with a third installment, choosing instead to focus on projects outside “The Haunting of” label, in particular “Midnight Mass,” which is a wholly original work written by Flanagan that debuted Sept. 24 on Netflix. And as we said before, though “The Fall of the House of Usher” is based on horror fiction by a famous author and does involve a creepy home, it is not associated with “The Haunting” shows.

Readers can find out more about Flanagan’s latest show, “Midnight Mass,” and how it’s different from “Hill House” and “Bly Manor,” here.