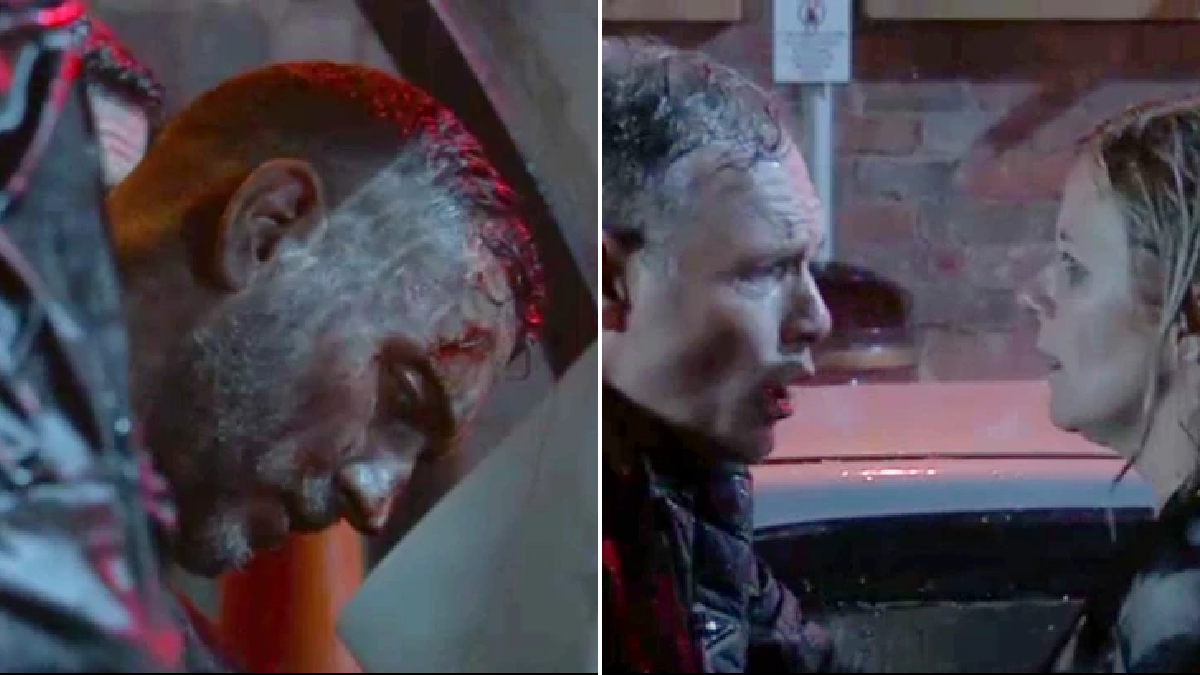 Harvey Gaskell (Will Mellor) terrorised Coronation Street last week, but is fate was left unconfirmed after Leanne Battersby (Jane Danson) crashed her car into a skip in an attempt to murder the drug lord.

Harvey successfully escaped prison at the start of last week, hellbent on revenge.

Arriving in Weatherfield, Harvey gagged and tied Leanne up with the intention of murdering her.

However, his plan was foiled when he fell through the sinkhole.

While Leanne and her family believed Harvey was dead, he was by the canal holding the gun Abi (Sally Carman) had to shoot Corey (Maximus Evans) with.

After shooting who he thought was Leanne (it was actually Natasha), Harvey hid in Nick’s (Ben Price) car.

Meanwhile, as Nick stayed with an injured Natasha, Leanne raced to the car, horrified to find Harvey inside.

With knowledge the passenger airbag wasn’t switched on, Leanne took control and drove the car straight into a skip.

Harvey hit his head on the window screen and was knocked unconscious.

Tonight, as residents process the traumatic week, it was Roy (David Neilson) who updated us on Harvey’s fate.

Roy revealed Harvey was ‘re-apprehended and incarcerated’ a.k.a – Harvey Gaskell is back in prison.

So, with Harvey not actually dead, there’s every chance we could see him again in the future…