So much for One Kru.

When Octavia (Marie Avgeropoulos) won the conclave at the end of season four of The 100, she chose to let everyone into the bunker, uniting all of the clans into one so that they could all survive together, even if they had to deal with crowded quarters and smaller rations of food. That was the idea, anyway, but according to our exclusive sneak peek, it did not go as planned.

In the clip, Jaha (Isaiah Washington) is peacefully reading to a little boy when a bunch of guys with guns arrive, demanding that Skaikru get on their feet. The explanation we get is rather concerning.

“Your people left you out to die,” one guy tells Jaha right before punching him in the face. “We’re obliging them.” 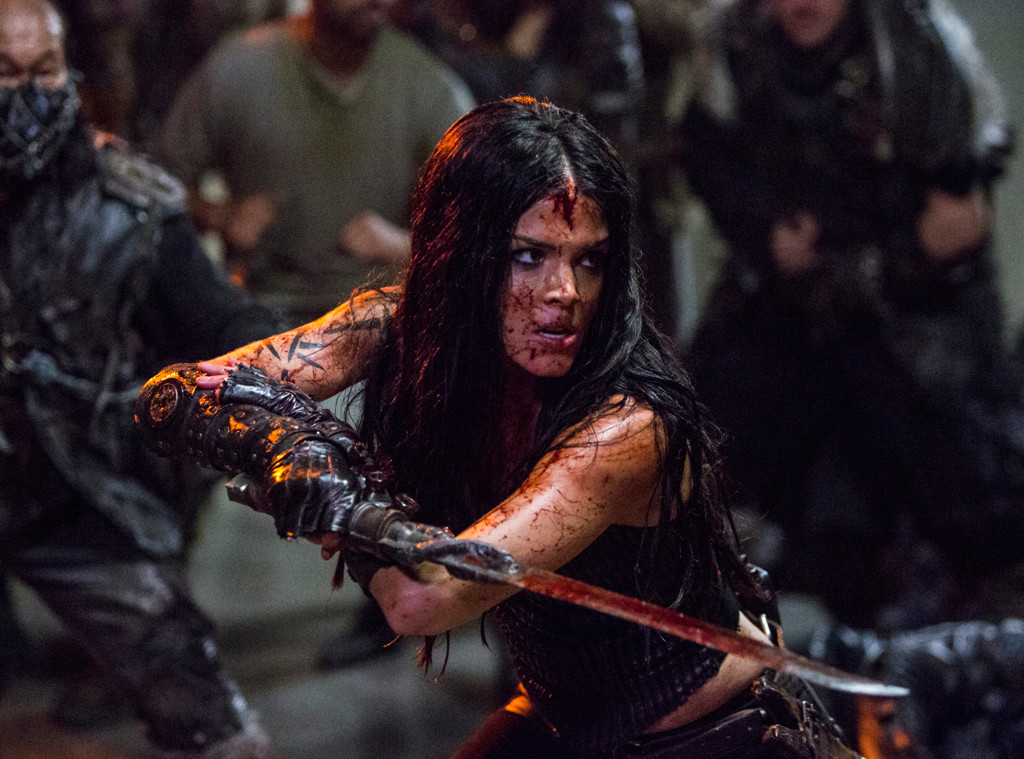 Clearly, someone from Skaikru did something, and it’s definitely not good.

In last week’s premiere, we saw that everyone in the bunker had not yet emerged after six years because the door was buried under rubble, and while we didn’t see much of what they were up to, we got a troubling glimpse.

Octavia sat in a sort of royal throne, overseeing what appeared to be a kind of fight club. This week’s episode will explore what happened in the bunker during all that time, and exactly how it got so dark. It goes not go well for everybody, but that’s to be expected with this show.