Clearly the subject matter of Gunpowder – the persecution of Roman Catholics by British Protestants – is close to screenwriter Ronan Bennett's heart. The action here may open in 1603 but Britain's religious wars continued right up to the Belfast Agreement of 1999, and Bennett was intimately involved in The Troubles of the 1970s. If you don't already have that visceral connection, however, the violent struggles surrounding which version of the Christian God is the correct one can seem absurd, and religious martyrs of whatever stripe are hard to get behind. 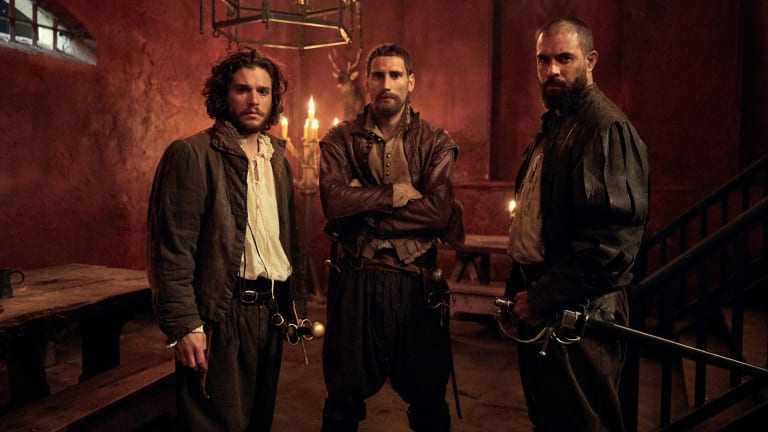 That said, this lavish period piece starring Kit Harington as a downtrodden Catholic Lord and Mark Gatiss as his nemesis, Sir Robert Cecil, does eventually manage to reel you in. It's certainly an interesting way to explore the politics of religious conservatism. Bennett's script is nicely judged: lyrical in an ye olde worlde way, without sounding ridiculous. And once we're immersed in the nitty gritty of the plotting and scheming on both sides (which is, literally, cloak and dagger) it's genuinely compelling. By the time Guy Fawkes emerges from the shadows (this is, of course, all about the Gunpowder Plot), it's all rather thrilling. Melinda Houston