As soon as the first episode of The Great British Bake Off aired on Channel 4, we knew everything was going to be alright. It felt as warm and comforting, yet slightly cheeky, as ever, which is just how we like it.

But before that episode aired, there was panic up and down the nation. ‘It’s on Channel 4? With adverts?! And Noel Fielding?!? Why has Mary Berry gone? Why has Paul Hollywood not gone? It’ll be a DISASTER!!!’ How silly we all were.

But the Great British public weren’t the only ones worried about how Bake Off on 4 was going to turn out. Noel admitted that he and the other newbies, Sandi Toksvig and Prue Leith, were also concerned. 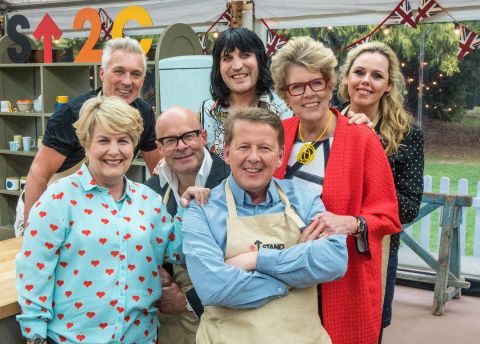 The comedian told The Guardian: “Last year we were under an enormous amount of pressure to not ruin this sacred show that everyone loved, so we weren’t as worried about the bakers, we were just trying to make sure we didn’t destroy our own careers.

Although Noel and Sandi seem like a dream pairing now, show bosses were so anxious about them they had over five meetings just to make sure they were right for the job. As we all know now, we had nothing to worry about. 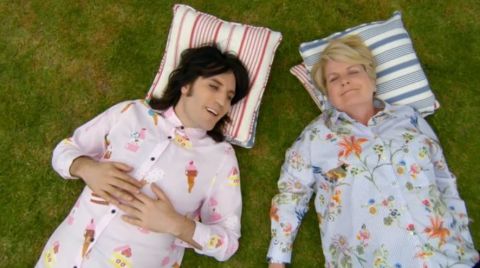 With the second series on 4 already filming (this interview was conducted during bread week), the stars revealed that some of the challenges are going to be less complex and off-putting to wannabe bakers watching at home, the judges are a lot more relaxed, and Prue is going to stay off social media during the final week.

The Great British Bake Off returns to Channel 4 later this year.