After Abby and Clay Reeves (Duane Henry) were held at gunpoint by a mugger, who fired his gun in last week’s episode’s final moments, “Two Steps Back” wasted no time in revealing the fallout of the shocking moment: While we were initially worried that Abby would be the body in the bag on the autopsy table, once it was unzipped it was revealed to be Reeves, who only just joined the team last season. RIP!

Abby, meanwhile, was in critical condition, with viewers being treated to several flashbacks throughout the emotional hour, which included a surprise phone call from Tony DiNozzo (Michael Weatherly), who left the team in season 13. (Like McGee, we love you, too, Tony!) 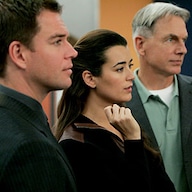 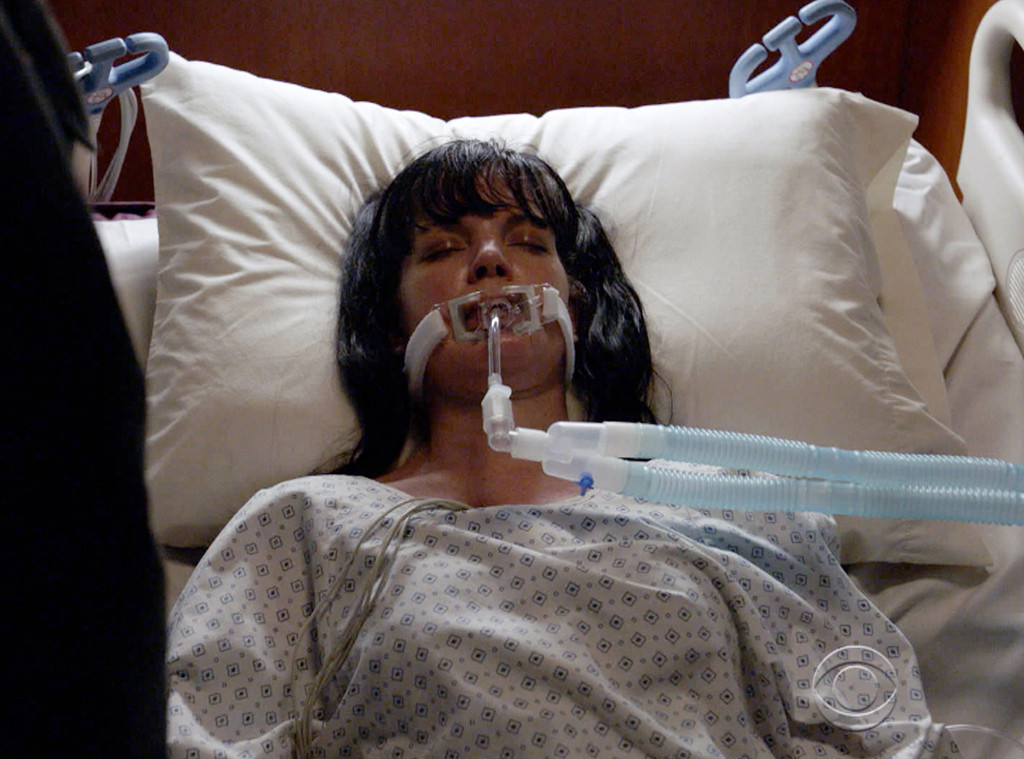 “This is the indomitable Abby Sciuto we’re talking about. I don’t care what the odds are,” Palmer (Brian Dietzen) said. “You never count her out.”

Meanwhile, after investigating the mugger (who was revealed to be Former Army Specialist Kent Marshall, dishonorably discharged in 2008), they discovered it wasn’t a random attack; it was a hit on Abby’s life.

Fortunately, Abby woke up halfway through the episode, which was great for so many reasons…including getting to see McGee do Abby’s hair for her due to her arm being in a sling. “Getting pigtails to be symmetrical is harder than it looks!” But we digress!

So who was behind the attempt on Abby’s life? Marine Sergeant Robert King (Peter Jason), the black ops soldier who  tricked Abby into developing a bio-weapon way back in season six. (He was able to escape prison by threatened his night-guard officer’s family.)

But, like Abby said: He messed with the wrong forensic scientist…who decided to confront King solo (after locking Torres in a coffin in her COOL AF apartment) because of rule No. 45: “Clean up your mess.”

And Abby does so, slipping cyanide into King’s coffee, telling him, “Kate. Jenny. Dorneget. Ziva. Reeves. I am tired of my hero friends dying while villains like you get to live.” Offering to save his life if he confessed to ordering Clay’s death, Abby continued, “Sometime you have to get your hands dirty to get the job done.” (And that she did, actually spiking his coffee with extra caffeine!)

After announcing to the team she was going to arrange for Reeves to be buried next to his mother in London, she revealed, “I’m not coming back. I’m leaving NCIS. Clay died saving my life and I owe him a debt and I tend to see that through. Clay always wanted to start a charity in honor of his mom and since he’s not here to make that happen, I will. I know you may not understand, but it’s something I have o do, not just for him, for me.”

She continued, “It wasn’t an easy decision. You guys are my family and this is my home, but you have to go with your gut and my gut is telling me that I have to go.”

And when McGee said he didn’t think he could say goodbye to her (Sob!), she said, “It’s not goodbye for good, it’s goodbye for now.” 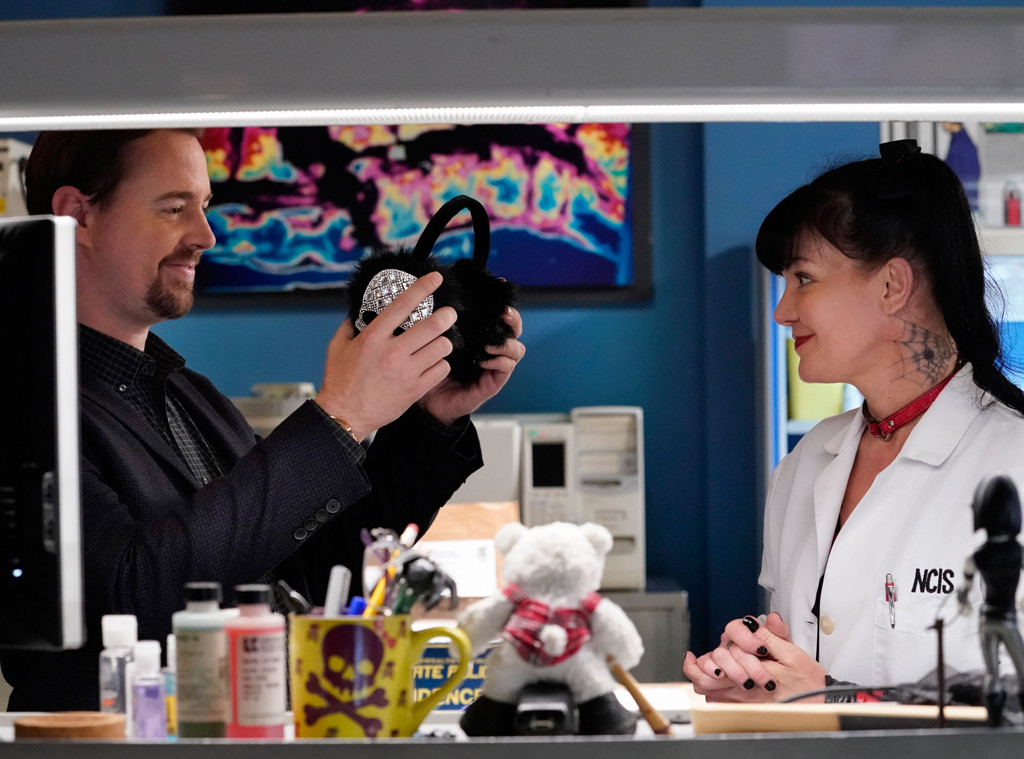 Instead of an in-person goodbye with Gibbs (Mark Harmon), Abby left him a note and it was so beautiful, we’re just going to leave it right here”

“Hey, Gibbs. You’re probably wondering what’s with the retro communication. Truth is, I chickened out. I was afraid that if you asked me to stay, I might waiver because there’s nothing I wouldn’t do for you. When I think back on when things in my life got difficult you were always there to tell me that it would be okay. And it would be because you would make it okay. But Gibbs, Reeves is gone and it’s not something anyone can fix. Not even you. I hope you know what you mean to me, Gibbs. Every moment, every lesson, every hug. I’m thankful for it all. No matter what we faced over the years, there was only ever one thing I needed to hear from you.”

And when he looked out his window, Abby was standing there, leading him to sign to her that he loved her. Viewers, this is when we dissolved into a puddle of tears, trying to watch through our waterfall of tears as Abby packed up her belongings in the lab. 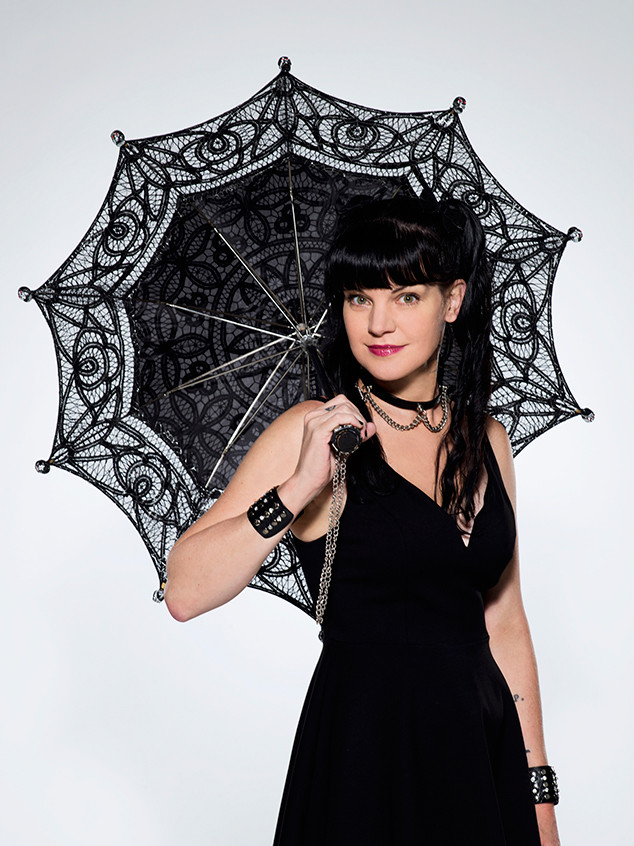 Before the episode aired, Perrette admitted she was “worried” for fans to watch her NCIS swan song.

“I’m so worried about you guys for Tuesdays episode of the #GoodbyeAbby,” the fan-favorite tweeted. “It’s sad, But I hope, hope, hope you will all watch. I want the world to watch. I did my best work for you. And TONS of flashbacks. Everyone is there. Love you! Get everyone to watch please.” 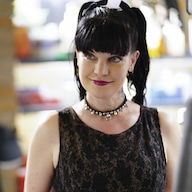 Pauley Perrette Worried About NCIS Fans Regarding Her Sad Exit: I Did My Best Work For You

Back in October 2017, Perrette announced she was leaving the CBS hit on Twitter, shutting down false rumors about her departure.

“So, it is true that I am leaving NCIS after this season. There has been all kinds of false stories as to why (NO I DON’T HAVE A SKIN CARE LINE AND NO MY NETWORK AND SHOW ARE NOT MAD AT ME!),” she wrote. “It was a decision made last year. I hope everyone will love and enjoy EVERYTHING ABBY not only for the rest of this season but for everything she has given all of us for 16 years. All the love, all the laughter, all the inspiration…I love her as much as you do.”

What did you think of Perrette’s final episode? Will you miss Abby? Sound off in the comments!