Piers Morgan has claimed the late Dale Winton once kissed him.

Speaking on Good Morning Britain today (April 25), the presenter opened up about the alleged encounter, which apparently took place at plush London restaurant The Ivy.

According to the host, the Supermarket Sweep star spotted him at the celeb hotspot and came over to his table to talk to him about a paragraph he’d written about him in his book The Insider.

Explaining what happened, Piers said: “He rang me up once – it was hilarious – and said ‘Piers, I think you’re wonderfully talented and handsome and I love you’. And I put this in my Diaries when I left the paper world. And I put at the end that I felt slightly unnerved by this. 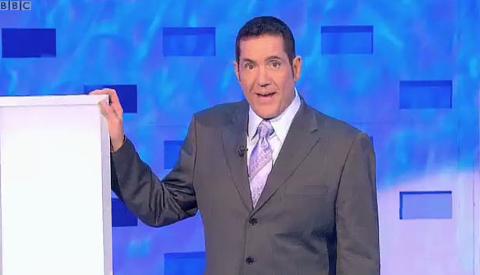 “About three months after publication, Dale was in the Ivy and I went in there with my literary agent. He then stormed over and said, ‘All my friends are talking about nothing else apart from that paragraph you put in your diary, laughing.’

“I said, ‘Whatever you do, don’t start kissing me in here, Dale,’ at which point, he grabbed me in the middle of The Ivy in front of everybody and started snogging me! Tongues and all!” 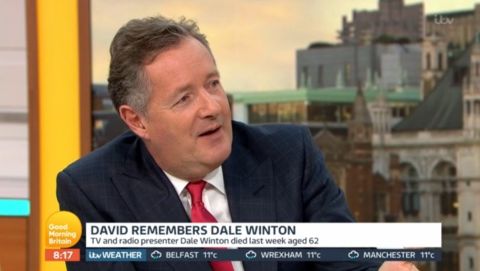 Piers commented that he last saw Dale two months ago and was shocked to learn of his passing.

“He was a very nice chap,” the host added. “He seemed very fragile. Tormented really. His childhood was very traumatic. His parents both died when he was very young. He seemed like quite a lonely guy, for someone so gregarious and loved.”

Good Morning Britain is on ITV, weekdays at 6am.