The presenter walked into the ITV studio to cheers from his colleagues Ben Shephard and Charlotte Hawkins after he was forced to go into work for the first time since lockdown began. 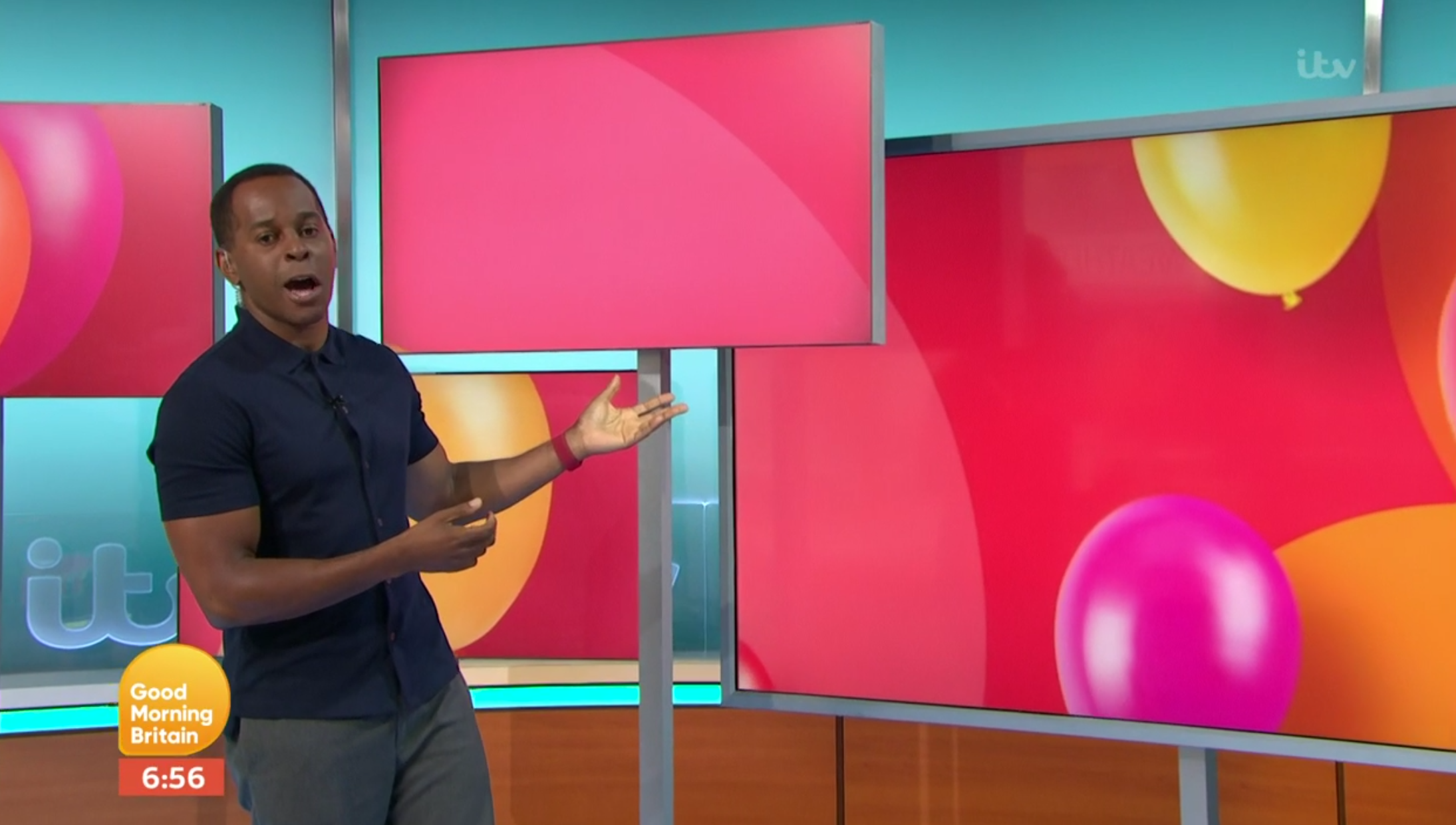 He pretended to read a script on the telly prompter, saying: "There, is, nowhere, I'd, rather, be today, than here in the studio with you too!"

Andi stood on his podium as balloons filled the screen behind him and said it was good to be back in the office after presenting the competitions on location for three months.

He added: "It's been a 138 days since i've been in this studio – which seems mad because it is my home."

However, viewers were left scracthing their heads when they heard it was Andis' 50th birthday. 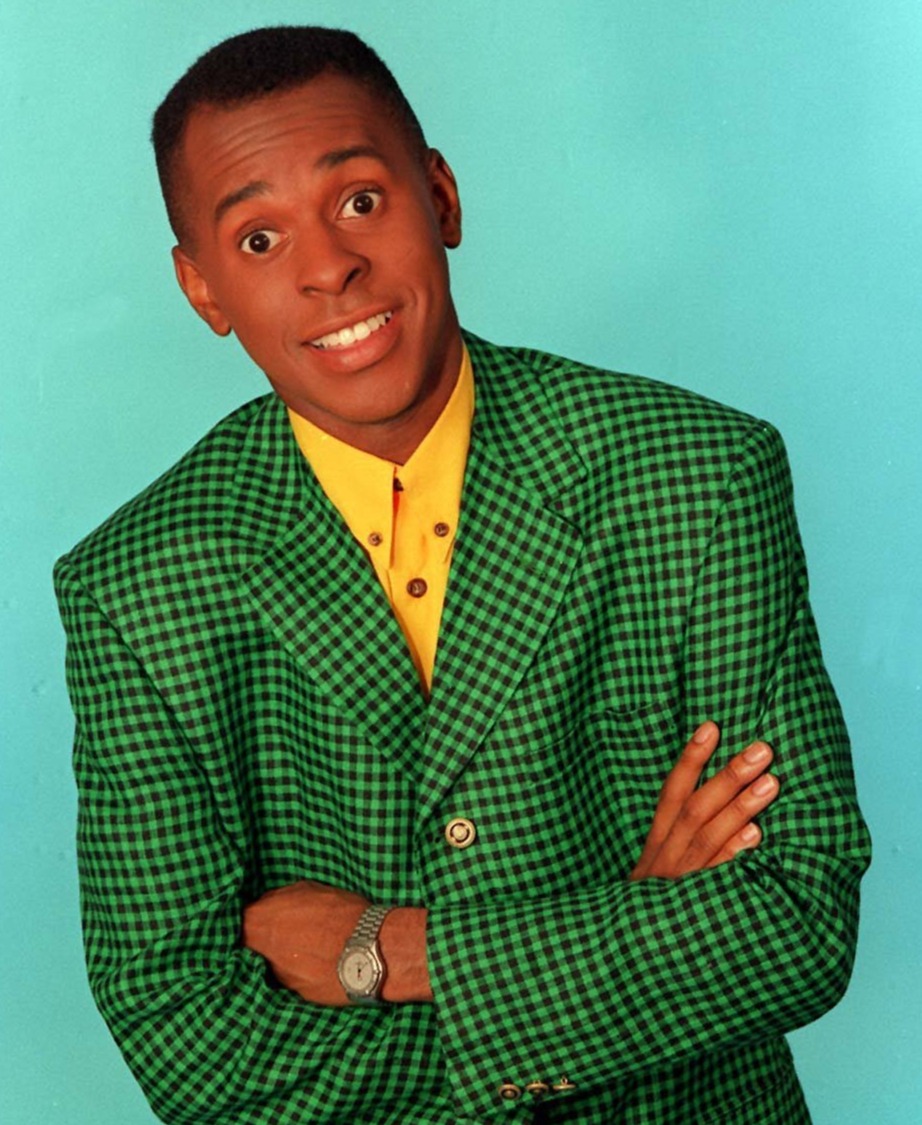 The ever-youthful star revealed ITV would be giving away 50 cash prizes of £100 in one day to celebrate his milestone birthday. 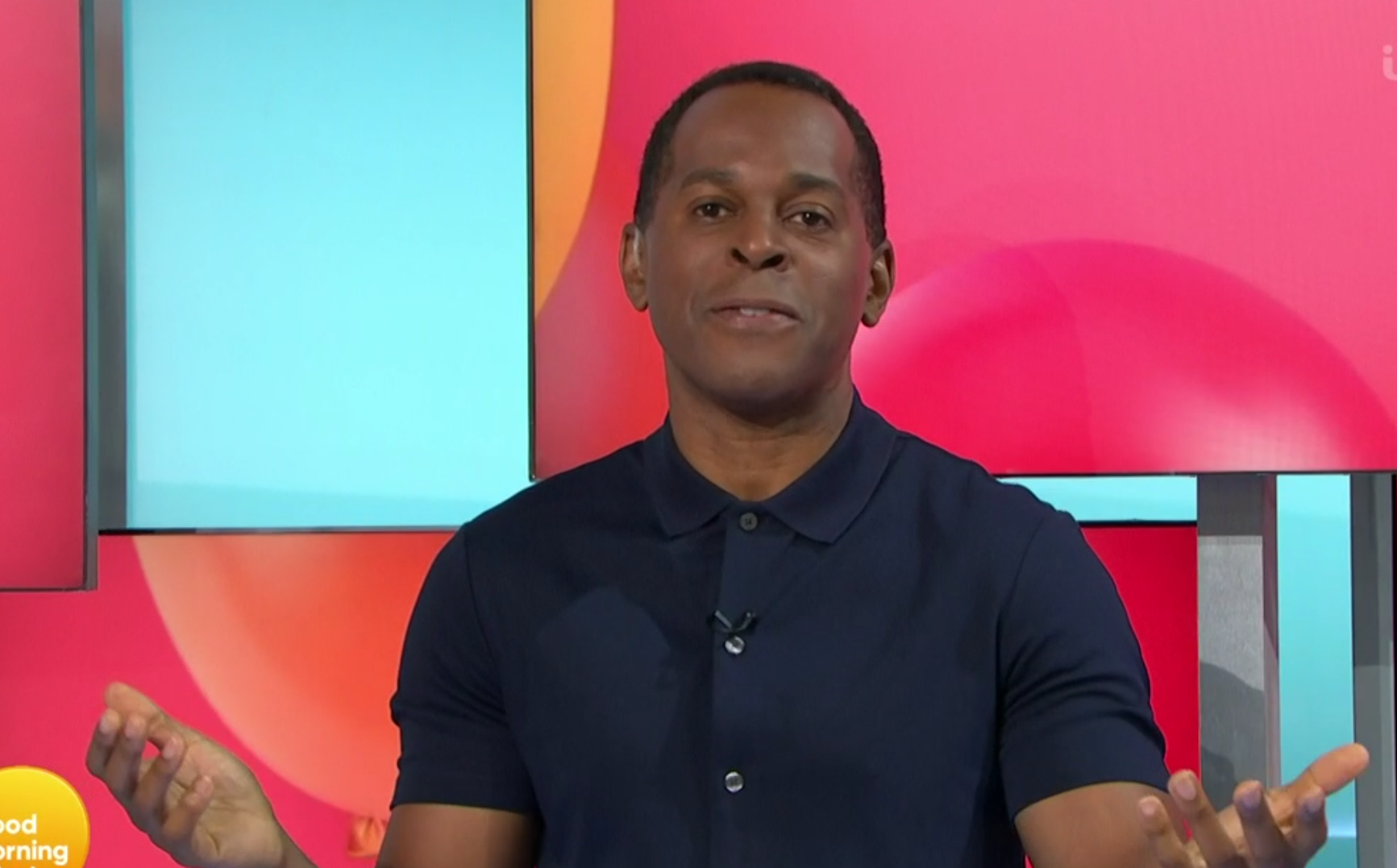 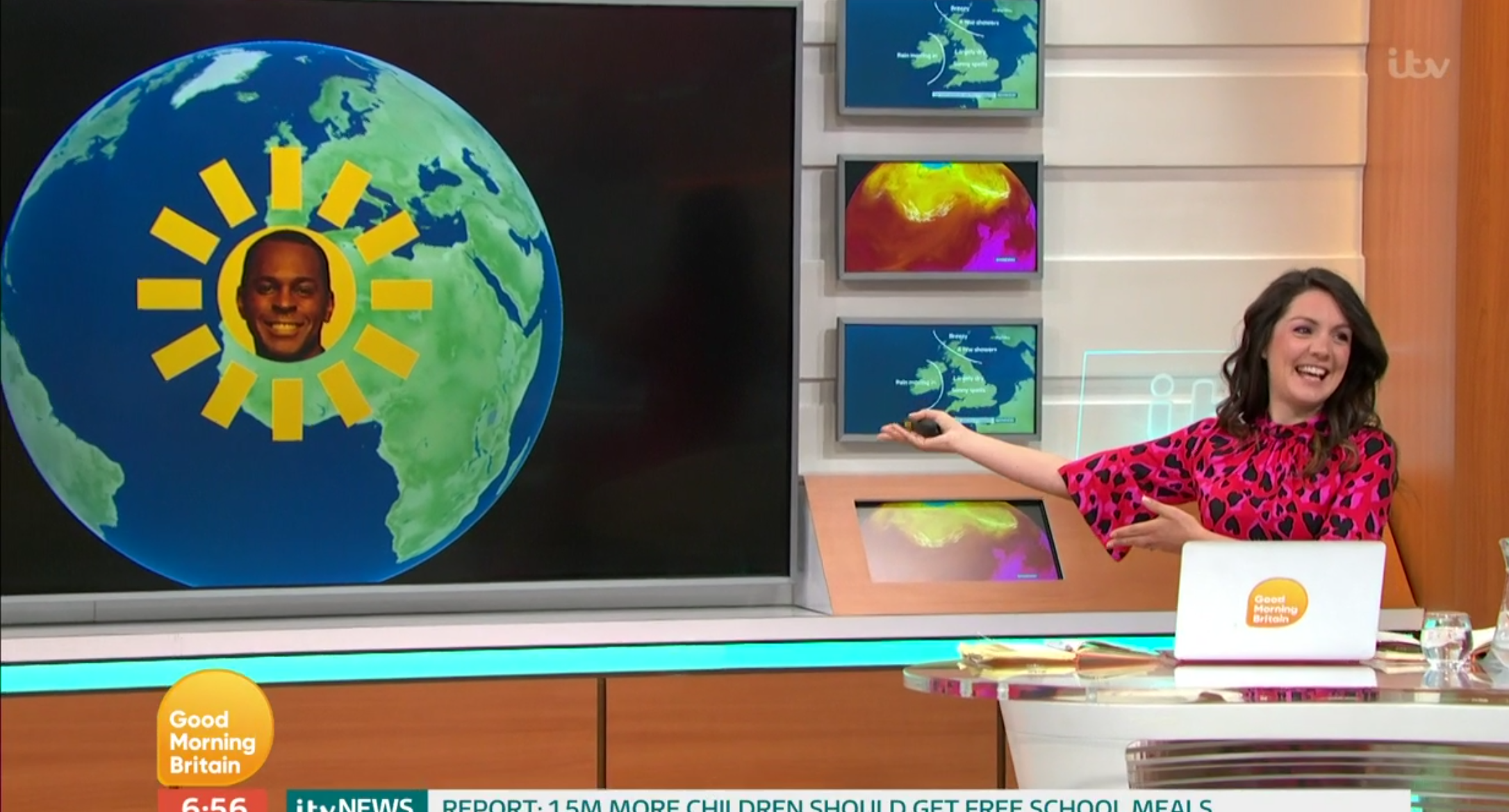 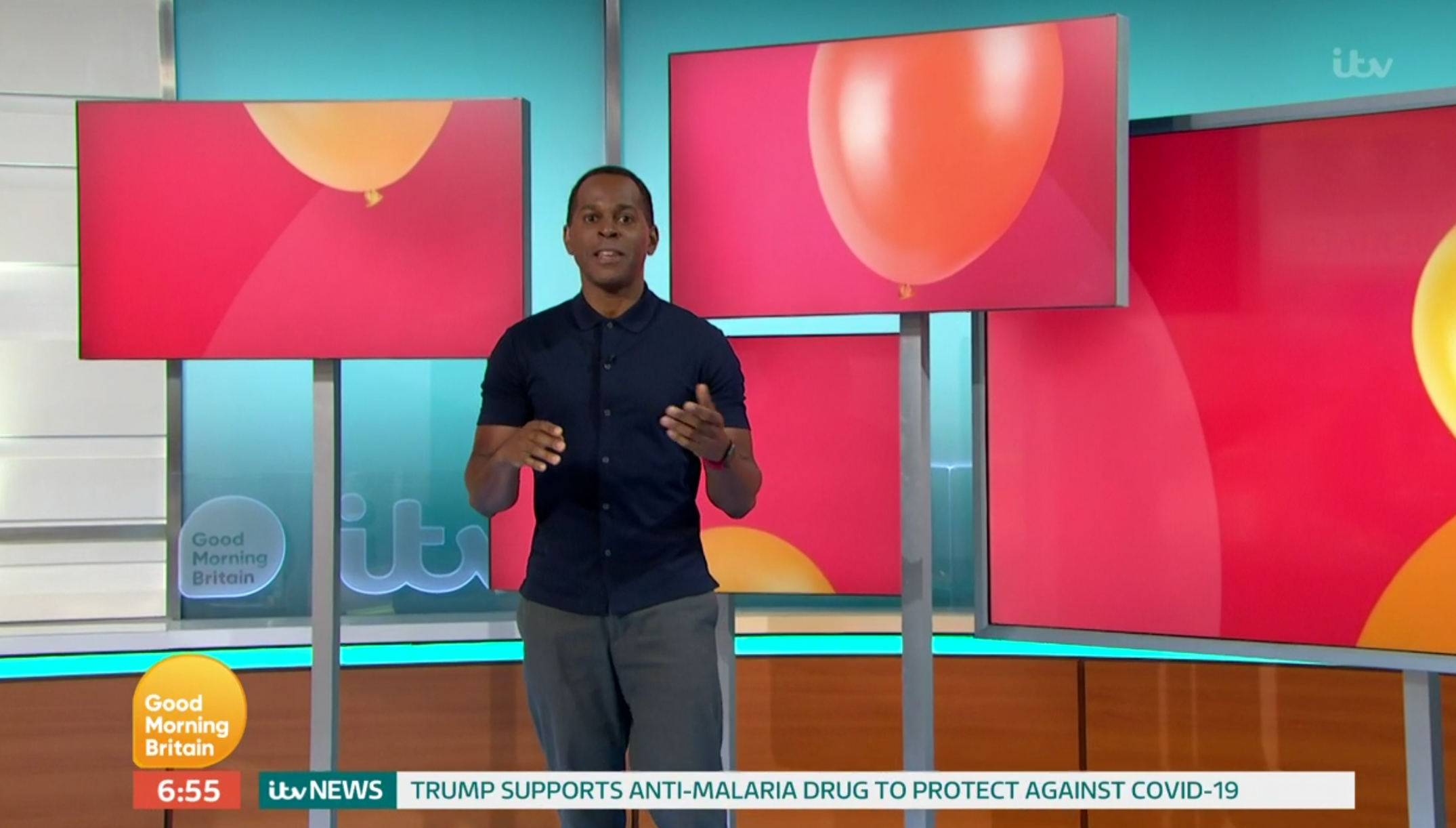 Andi Peters was born on July 29, 1970, in London and went to school in Battersea in South West London making him 49-years-old.

His full name is Andi Eleazu Peters and he was born to Nigerian parents.

His early breaks in the showbiz world came on children's TV with shows on CBBC – he also presented popular kids show Live & Kicking for three years.

Andi's exit from the show in 1996 was voted one of the biggest tear-jerking moments in TV history by Channel 4.

The presenter has a net worth of around £3million, built up from his many years in television.

Information about Andi's love life is pretty hard to find because the star keeps his personal life very private, telling Ben and Shephard he would be "eating alone" tonight.