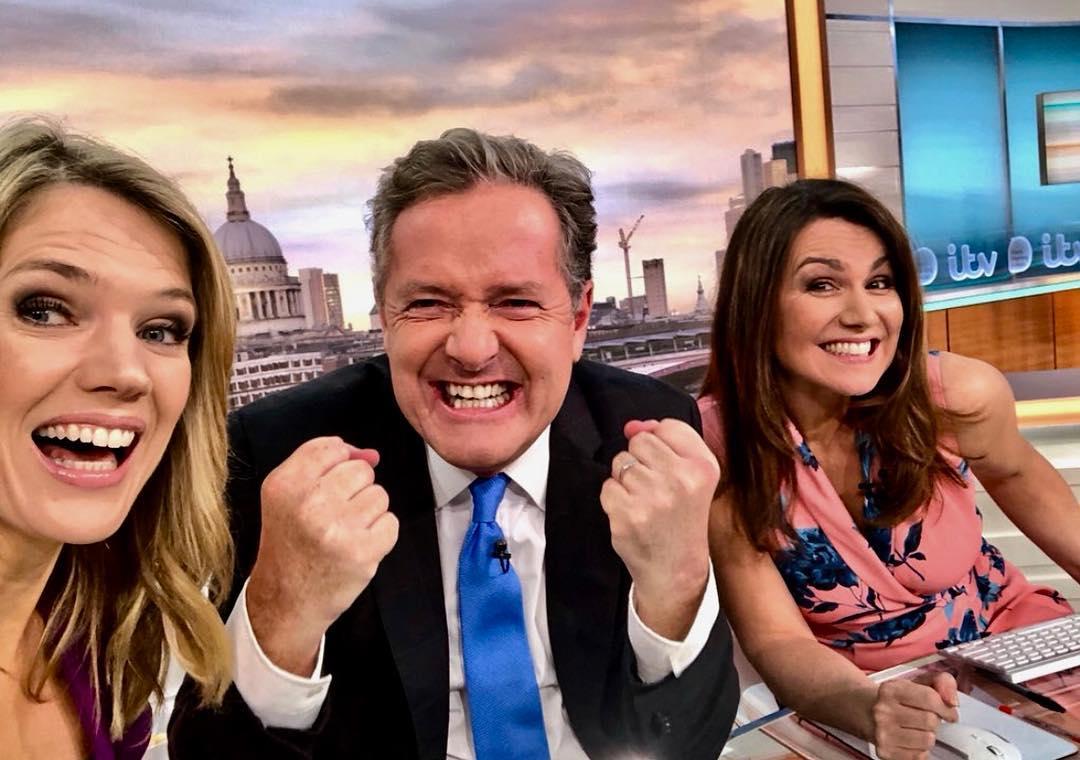 They asked should Punch and Judy shows be banned and Kate got upset when their guest held a black doll that looked similar to an offensive Golliwog.

Then earlier, fans were baffled when the hosts asked Spicer if he'd ever touched US President Donald Trump's hair.

The slim pickings and lack of lighthearted debate didn't go down well with viewers.

They took to Twitter in their droves and pleaded with  Piers, 53, to return from his summer break. One person wrote on Twitter: "Can't believe how pathetic that Punch and Judy debate was!"

Another viewer moaned: "GMB isn't as good without Piers and Suzanna. No bite or confrontational interviews. Roll on august." Earlier this year Richard Madeley stood in for Piers and he didn't fare well with viewers either.

He was blasted for acting like Alan Partridge and having a "cringeworthy" presenting style similar to the iconic bumbling TV character.

They rushed to Twitter to share their belief that the journalist, 62, was morphing into Steve Coogan's famously inept host. One wrote: "Richard Madeley constantly interrupting the newsreader on #GMB is confirming my belief that he is in fact the twin of Alan Partridge."

Another commented: "Richard Madeley is the real life Alan Partridge.