Good Morning Britain host Piers Morgan has been very vocal over his aim to overtake BBC Breakfast and rival Dan Walker in the ratings battle. The pair often wind each other up on Twitter over their ratings and recent weeks have seen the competition between the two broadcasters heat up. So Express.co.uk is asking who is the king or queen on breakfast telly?

Is it Piers or Dan, or someone else entirely? And if you had to pick one morning TV show, which would you choose?

Good Morning Britain’s audience share has increased to 23.9 percent from 20.7 percent so far this year with Piers and co-host Susanna Reid, who formerly presented BBC Breakfast, at the helm.

In contrast, BBC Breakfast has seen its share drop half a percentage to 37.7percent, according to TV ratings provider BARB.

Piers Morgan is confident he can catch up with BBC Breakfast within the next year and a half.

He told The Sunday Times: “A morning show should be like the time of coffee you have. 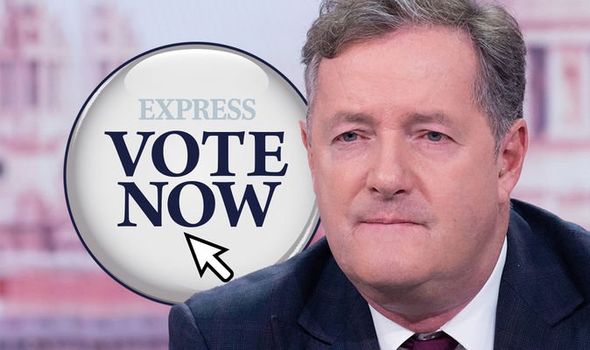 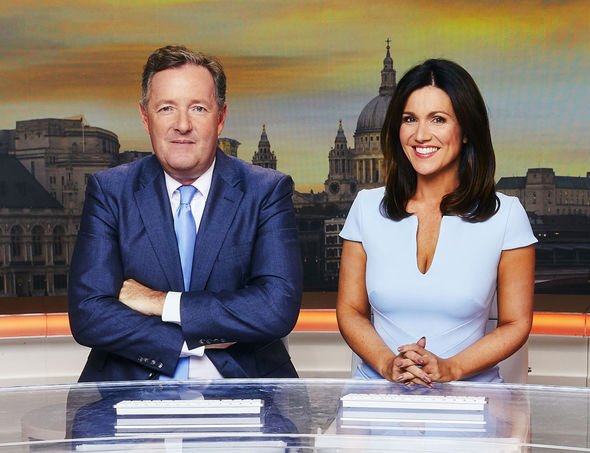 “If you want a nice little latter that’s going to ease you gently into the morning, then watch BBC Breakfast.

“If you want to have a very lively espresso that’s going to blow your socks off, maybe come over and watch us for a bit.”

Dan meanwhile, is happy with his approach on BBC Breakfast insisting he doesn’t need to shout over guests to make headlines.

He told the publication: “At the core of the BBC is that need to be impartial.

“I want you as a viewer to learn something from the interview.” 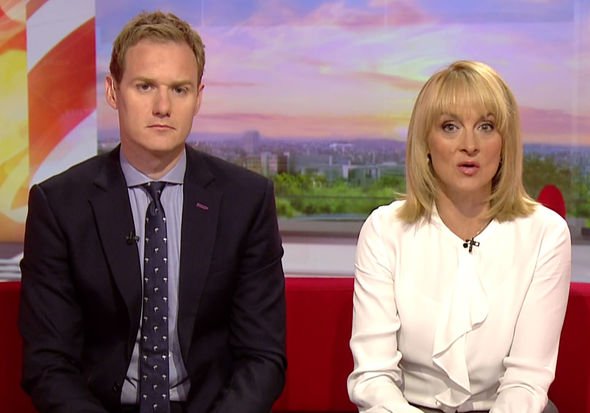 Dan added: “I can easily create a bit of clickbait by shouting at a minister and asking them to resign six times.

“But actually, I want you to listen to what they say. I’ll ask the difficult questions and press them on an issue that’s important.”

It comes after Piers insisted GMB is gaining more viewers with their audience switching over from BBC Breakfast.

He told The Sun last month: “We have captured the zeitgeist and mood of the country a lot better than BBC Breakfast.

“I think it’s very likely we will overtake them in the ratings by the end of the year which will be an extraordinary achievement.

“You can see that there’s real movement now. They’re not moving, and we’re moving relentlessly upwards.”

Express.co.uk is asking readers which morning shows they watch, and which is their favourite.

Do you wake up and put on BBC Breakfast with Dan, Louise Minchin, Naga Munchetty and Charlie Stayt?

Or, do you switch over to ITV for three hours with Piers, Susanna, Ben Shephard and Kate Garraway?

Piers Morgan also raised eyebrows when he said he could go into politics “if the people want me”.

The Daily Star fuelled speculation when calling for Piers to replace Boris Johnson on a front page story.

The GMB presenter said he would “get stuff done” if he was in Boris Johnson’s position.

The Express is therefore asking whether you think Piers Morgan should become Prime Minister?

Or do you think Susanna should be given more air time?

ITV has packed its morning schedule with Good Morning Britain followed by Lorraine at 9am.

Holly Willoughby and Phillip Schofield then take over with This Morning until lunchtime.

On BBC One however, BBC Breakfast is followed by Morning Live at 9.15am with hosts Gethin Jones and Kym Marsh.

After that, Homes Under the Hammer is broadcast from 10am with other hour-long property and investigative shows airing.

Both broadcasters are now facing competition from Channel 4, which launched Steph’s Packed Lunch in late 2020 and from Jeremy Vine’s Channel 5 show.