The reality star, 37, looked incredible in a bright pink swimsuit, floaty cover-up and silver necklace as she posed for the camera – just days after The Sun Online exclusively revealed the Towie favourite's head had been edited onto a number of images. 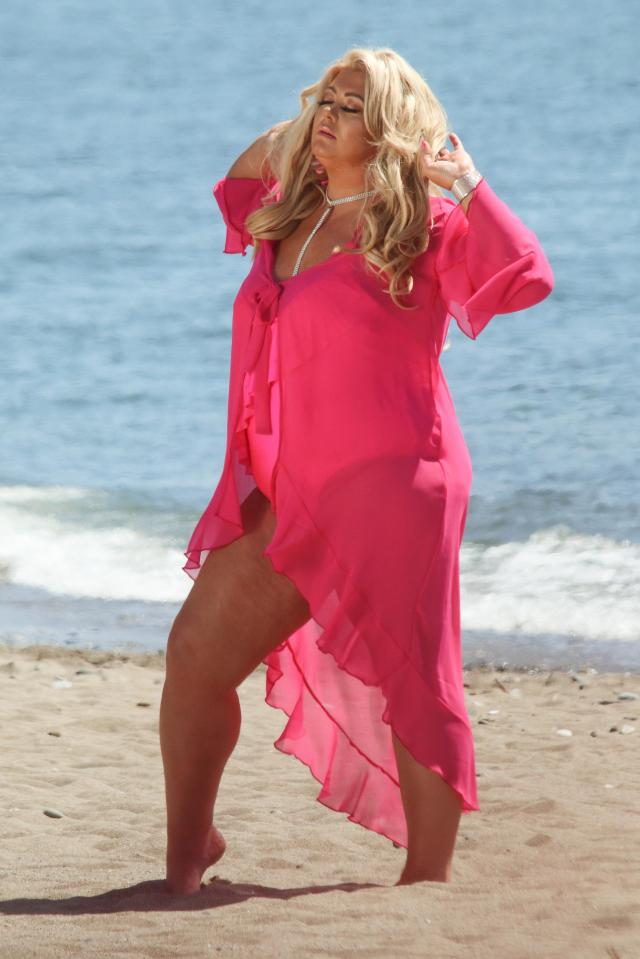 Appearing to put the drama behind her, Gemma oozed glamour as she stood in a number positions on the sand and next to a beach hut.

Later on, she removed her cover-up to reveal her stunning curves in a halter-neck swimsuit and was also spotted intently checking her phone.

It comes just a day after it was exclusively revealed by The Sun Online a second model had come forward to say her head was replaced with the Towie star's in two fashion photographs.

A day before that, her team were forced to take down shots from the internet after model Katie Green complained about the badly edited images. 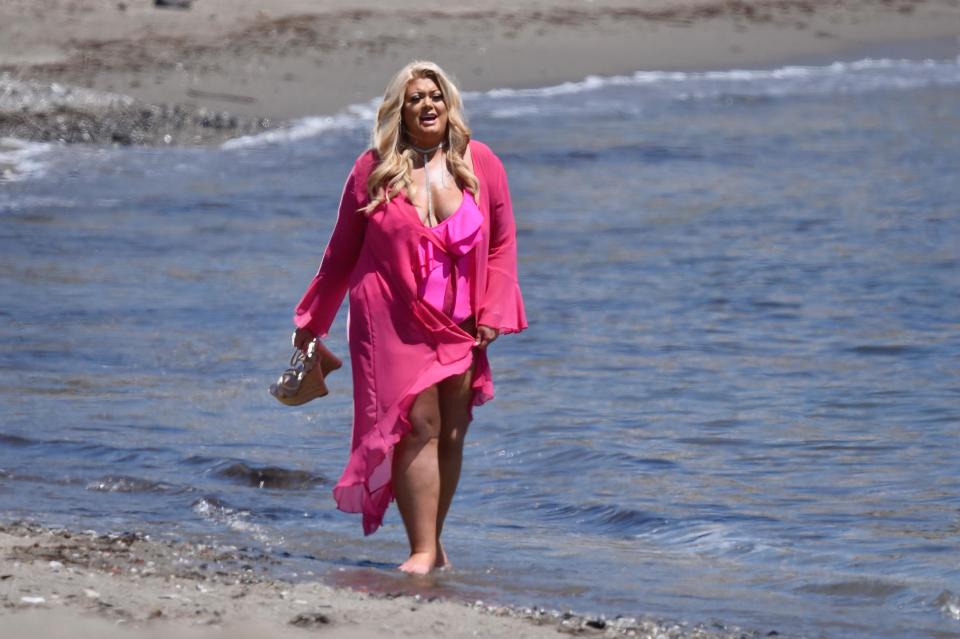 Yesterday it was revealed a second model also had her photos used with Gemma’s head photoshopped onto them to advertise clothes on the reality star’s website.

Plus size model and professional songwriter Kate Louise Smith, 37, from Boss Model Managment said: “Why Gemma and her team took it upon themselves to alter the images is a bit strange.

“I am really passionate about body image and women feeling confident in themselves and their natural body shape. I’ve been an ambassador for the subject for many years.

“From that perspective, rather than being mortified, I’m just insulted. It’s very intrusive and it’s an odd thing to do. 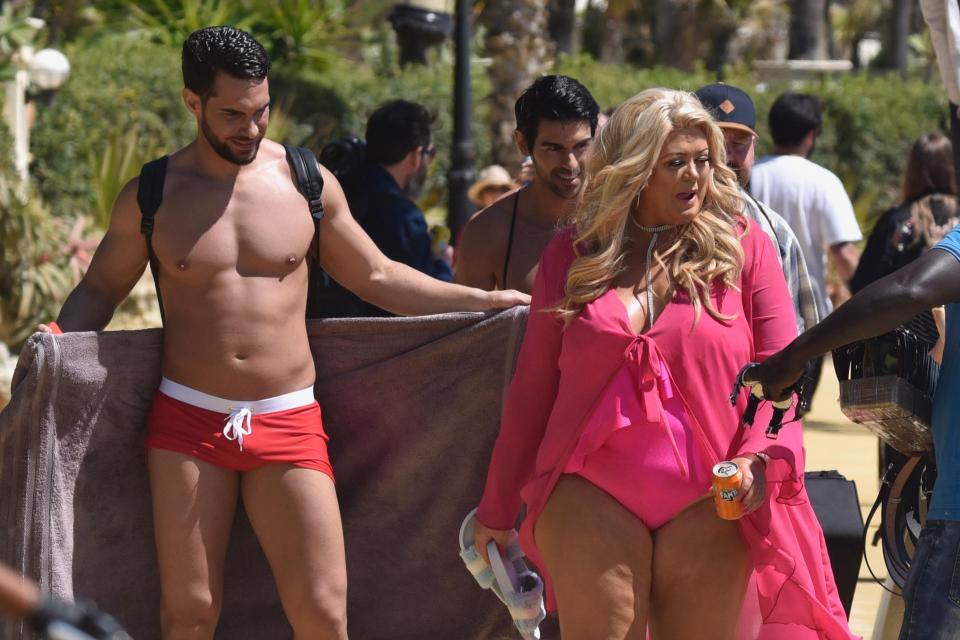 “Beyond that I feel it’s more of reflection of today’s society that we all feel so hung up on our body image we feel we need to make these alterations and Gemma has taken it to that extreme where she feels beyond altering a few blemishes, she had to borrow an entire body, effectively, to accomplish that.”

Kate, from East Sussex modelled the clothes during fashion shoots in Leicester for Lily Limited which is part of Fashion Book – a company which supplies the popular Gemma Collins Boutique in Brentwood, Essex.

The edited images of Kate were from the same shoot as fellow model Katie, 30, who The Daily Star reported was the first to realise her pictures were being used by Gemma and was left “furious” at the discovery.

Kate claims neither of the girls have received a personal apology from the TOWIE star – despite a source claiming Gemma regretted upsetting “her fans” over the incident. 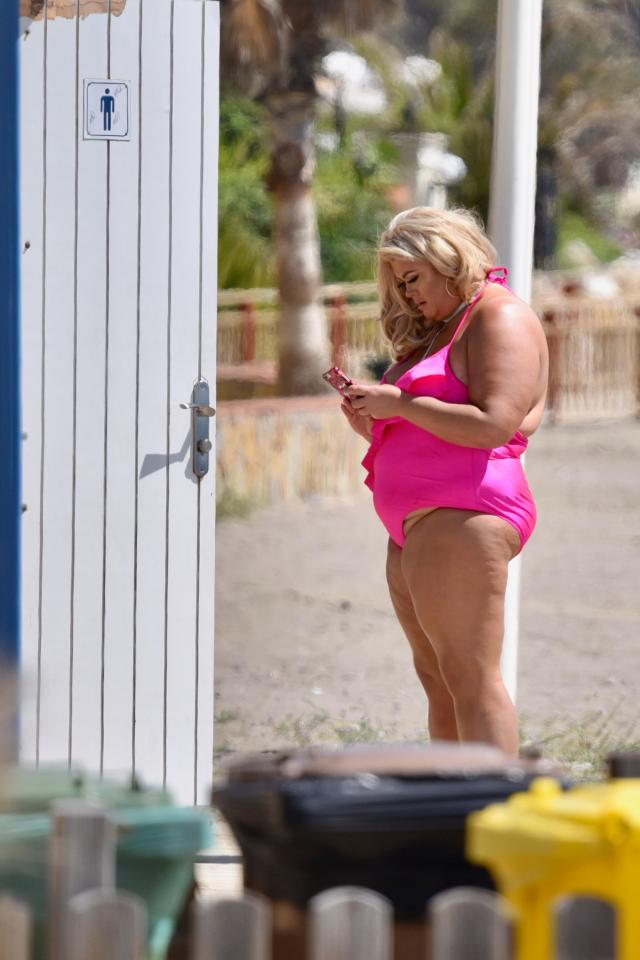 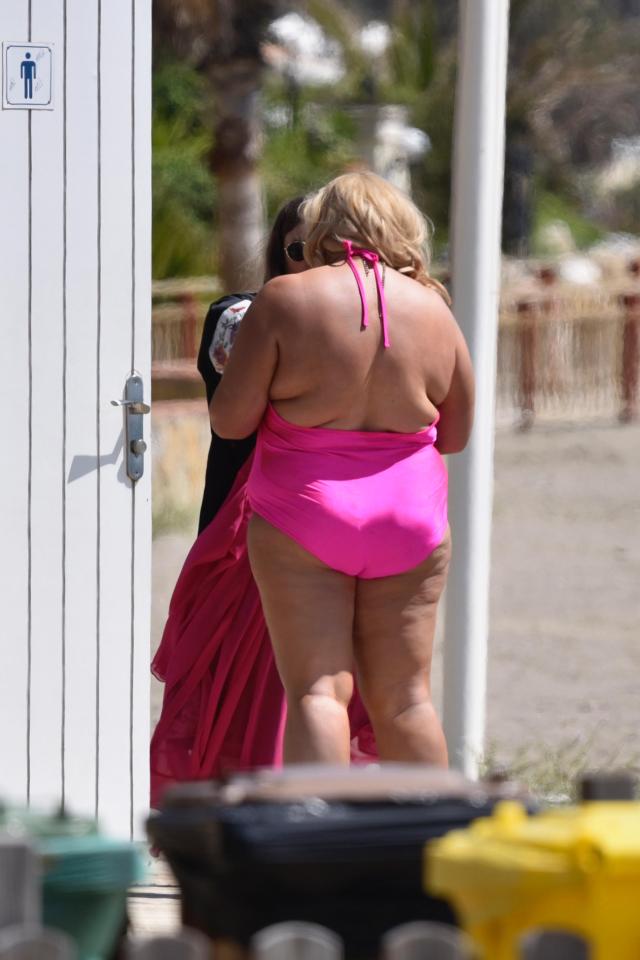 Kate added: “We all have photoshop in the palm of our hands and on our phone these days and we can all make alterations to ourselves before we share them and people are losing track of who they really are and what we really look like.

“We don’t even know what we’re staring back at any more.

“If Gemma is looking in the mirror and feeling that it’s not what she’s used to seeing coming back at her, or she is used to a photoshopped image, that’s really quite sad and a reflection of the society we live in.

“Irrespective of that, it’s wrong and to do that to another model is disrespectful and she hasn’t paid me for a shoot, or to use that image or to justify altering it in any way shape or form. 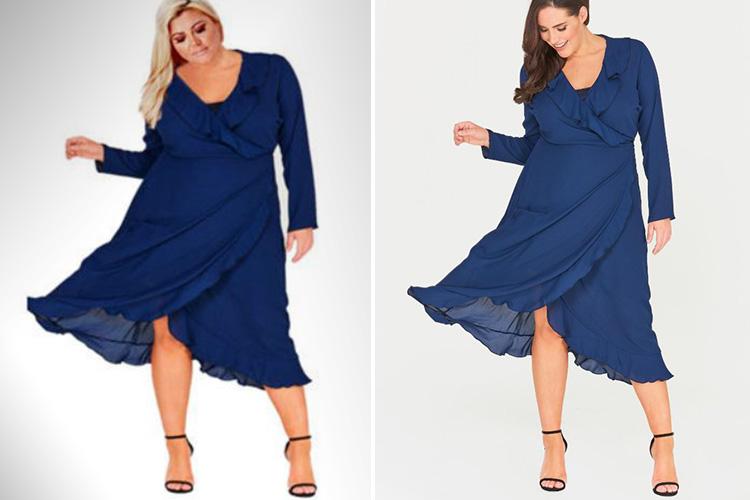 “She has made an apology to her fans for having misled them but she hasn’t apologised to myself or Katie the other model – no apology has come our way.

“It would go a long way if she would just send an apology because I am a reasonable person, but I was told by her management there was nothing to come. A simple apology would be nice.

It is understood that Lily Limited and Fashion Book had no knowledge of the images being photoshopped. 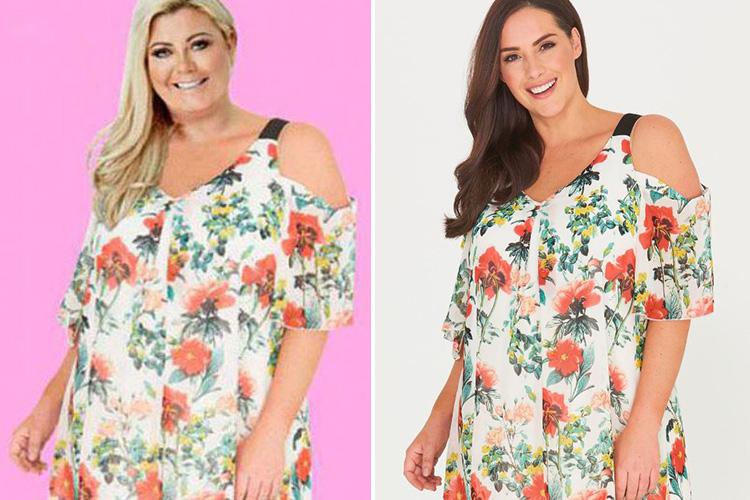 A source told the Mail Online: “Gemma has been so busy of late and didn’t have time to do the shoot.
Given that the model’s body looks so similar to hers, she thought it would be OK.

“In hindsight, she wishes she hadn’t done this to three of the images as she would never want to upset her fans.”

A spokesman for Gemma said: “The images were used in good faith by Gemma. An external firm assured her they owned the copyright and had commissioned the shoots.”