With a running time of 82 minutes, episode three titled The Long Night was a beast of an instalment. The Long Night marks the longest-ever instalment of the HBO drama ever. But surprisingly, the time flew by as we flitted between different characters on the battlefield as well as up onto the ramparts, down in the Crypts of Winterfell and within the castle itself. Battle scenes can sometimes drag on film and television with senseless violence but this was not the case with The Long Night.

The Long Night was impressive not purely because of its visuals but the strong script which packed into it so many moments between characters.

The episode was tightly written by David Benioff and D. B. Weiss with a strong narrative thread running through the course of the episode as the battle propelled forward.

There were so many tiny scenes that were so weighty. For instance, Bran Stark (Isaac Hempstead-Wright) and Theon Greyjoy’s (Alfie Allen) last few exchanges in the Godswood as they awaited the arrival of the Night King (Vladimir Furdik) were so poignant and beautiful.

Theon always belonged at Winterfell whether he knew it or not. Bran’s response to his apology was equally as touching, telling Theon everything before that moment was meant to happen and brought him to this endpoint. 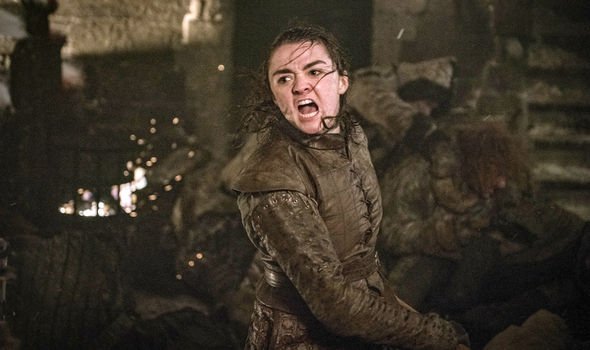 Theon’s story arc, which has been playing out since the very beginning, finally came to a sad but satisfying conclusion.

There was also the bond between Tyrion Lannister (Peter Dinklage) and Sansa Stark (Sophie Turner) which was shown at its strongest as they took shelter from the battle in the Crypts of Winterfell.

Another resonating moment came when The Hound/Sandor Clegane (Rory McCann) appeared to suffer from post-traumatic stress disorder and seemed to resign himself to death. However, at the insistence of Beric Dondarrion (Richard Dormer) and Arya Stark’s (Maisie Williams) inspirational fighting he picked up his sword once more and returned to battle.

Game of Thrones’ strength has always resided with its characters and this episode – much like last week – really put the focus on these interactions between different figures.

That’s not to say it wasn’t a breathtaking watch. The Long Night is a one-of-a-kind sequence we’re highly unlikely to see on television any time soon – if at all.

According to reports, the Battle of Winterfell took months to shoot and it doesn’t disappoint.

Veteran Game of Thrones director Miguel Sapochnik was back on the job. With both the Battle of the Bastards and Hardhome under his belt, he was the right man for the job.

The battle was divided up into segments with the audience taken from one mini-conflict to the next. The newly knighted Ser Brienne of Tarth (Gwendoline Christie) and Jaime Lannister (Nikolaj Coster-Waldau) admirably held up the left flank in the battle.

Then there was Daenerys Targaryen (Emilia Clarke) and Jon Snow (Kit Harington) riding dragons and burning away the enemy as they soared through the clouds, an inspired moment.

HOW MANY EPISODES ARE IN GAME OF THRONES SEASON 8? 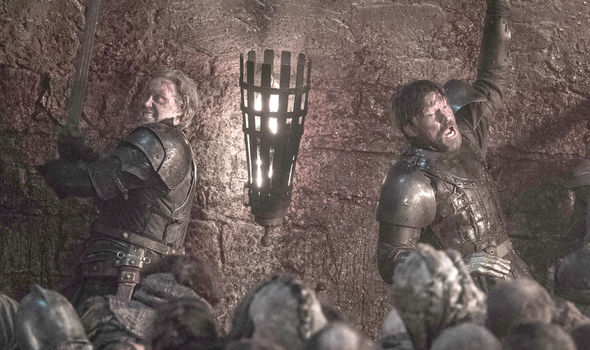 Arya’s fight scenes were particularly memorable. The Stark showed off the moves she’d picked up from the Faceless Men to full effect but it was the moment at the end that truly showed her mettle as she killed the Night King.

The varying fighting styles from adept skill to brawn to sheer courage from the likes of Lyanna Mormont (Bella Ramsey) killing a giant wight as she was crushed to death.

Even the difference in the deaths. From Jorah Mormont’s (Iain Glen) final stand as he protected his Khaleesi to the bitter end to Beric Dondarrion to Melisandre (Carice van Houten), there was so much significance in even the smallest of scenes.

There was never a dull moment in The Long Night – other filmmakers should take note. If you want to make a compelling, narratively cohesive battle sequence, this is the blueprint. 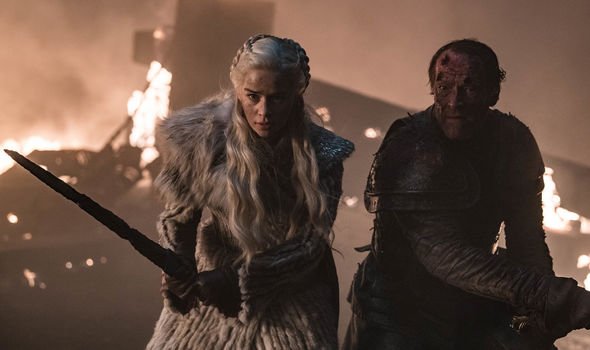 As masterful as The Long Night was, perhaps the only lingering qualm about the episode was ironically how quick and brief the defeat of the White Walkers and the Night King felt.

This is something that has been building for nigh on a decade and it was over in a moment. Admittedly, it looked like it could have gone the other way for a split second before Arya’s ninja skills to over but there was the sense: Is that it?

Season eight is the shortest and a lot of story is being crammed in to smaller space of time. This run, much like season seven, has felt at times rushed and in some ways you d octave the days of the slow burn storytelling.

This is a minor criticism though in what is a sensational piece of small screen storytelling which will be one of the jewels in the crown of the golden era of television.

This article contains affiliate links, which means we may receive a commission on any sales of products or services we write about. This article was written completely independently, see more details here.