NO ONE gave Tom Holland a second glance when I first met him on a floodlit golf course in Atlanta five years ago.

Back then, when he posed for some of his first press shots, the young Brit’s CV consisted of being one of many young actors to play Billy Elliot in the stage musical and appearing as one of Ewan McGregor’s sons in tsunami movie, The Impossible. 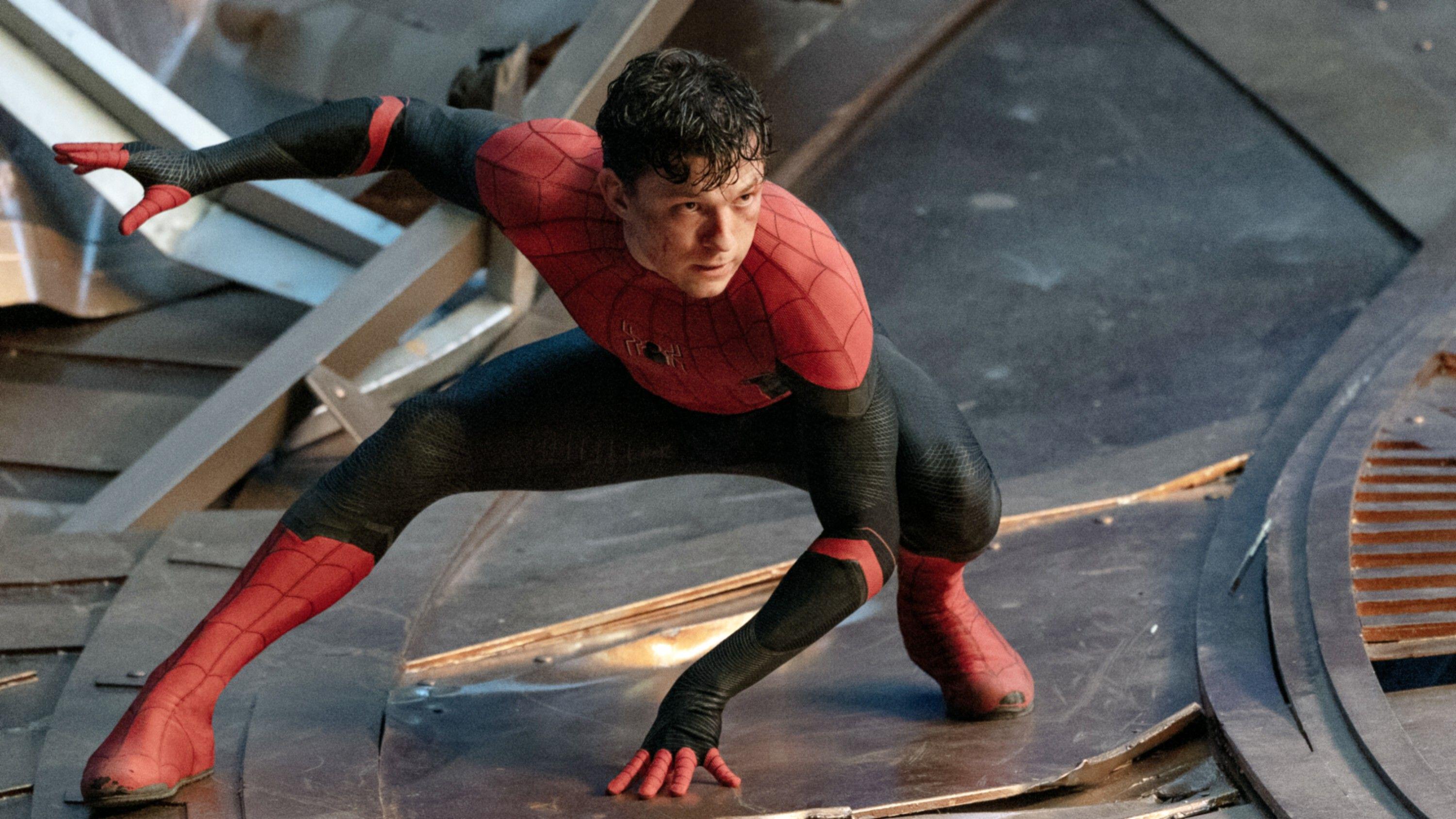 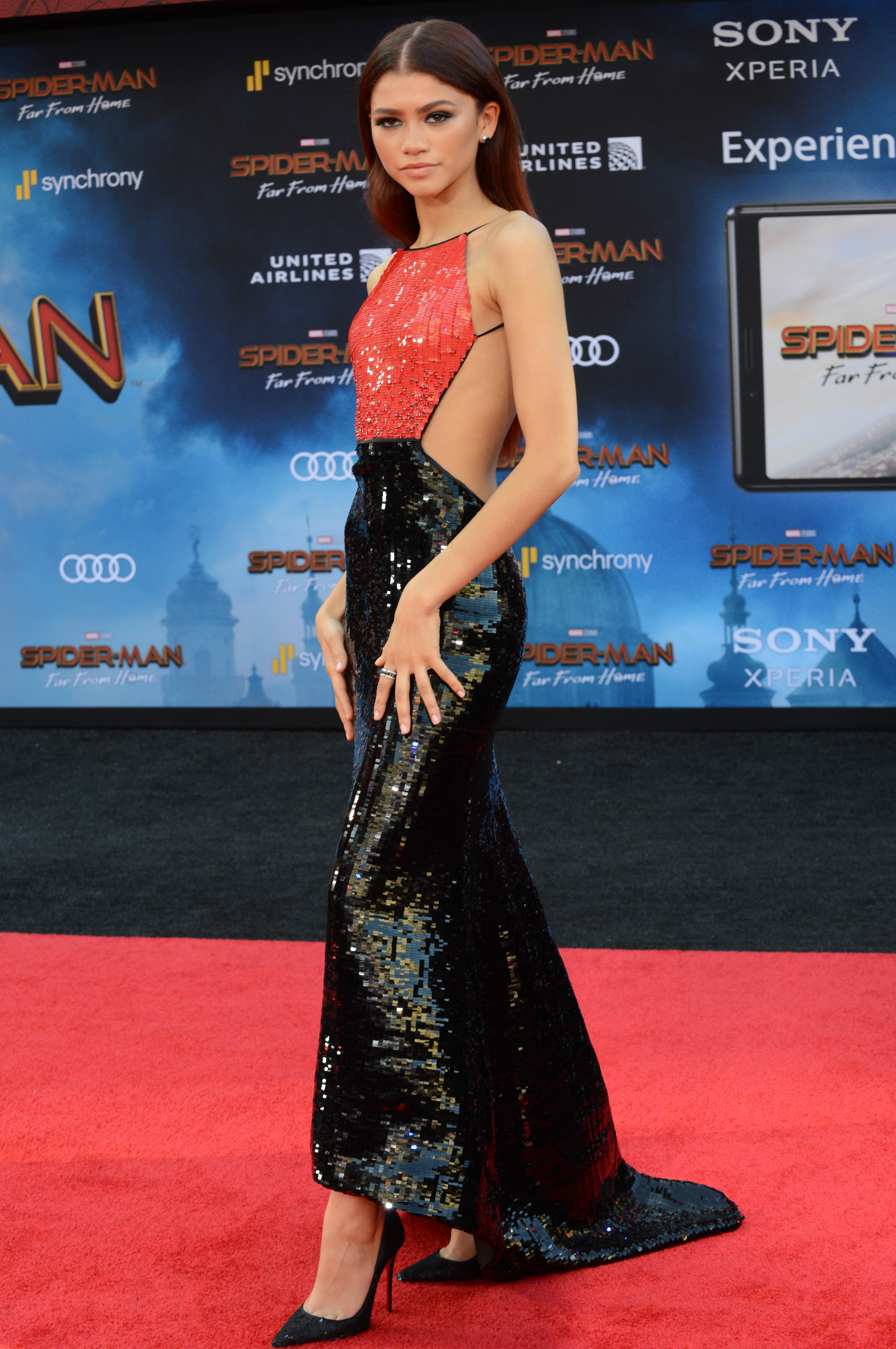 But how times have changed.

Now 25, the south Londoner is one of the hottest stars on the planet, with fans paying touts thousands of pounds in order to be the first to see his third Spider-Man movie.

Advanced sales for Spider-Man: No Way Home are shifting three times as fast in the UK as the ones for Daniel Craig’s final outing as James Bond in No Time to Die.

It has broken the pre-sale record of Avengers: Endgame, with more than 200,000 being snapped up at the Odeon chain alone.

But the demands of fame are getting to the star who is facing burnout due to all the projects he has taken on.

Tom said: “Since I got cast as Spider-Man, I haven’t really taken a break. Sometimes I see people trying to take advantage of me because I’m a nice person.

Omicron symptoms are DIFFERENT to other strains – signs you shouldn't ignore

“Let me tell you, when you’re a 19-year-old kid, they really do take advantage of you. You don’t know any better. Now I look back and go, ‘Wow, I wish someone had told me that I could say no’.”

There were raised eyebrows when Tom was first cast as the Marvel web-slinging superhero in 2015, as he was a relative unknown, taking over from household names Andrew Garfield, 38, and Tobey Maguire, 46.

But he has gone on to play Spider-Man in six movies, more than his predecessors. And the iconic part catapulted him to the top of Hollywood’s casting lists, and he has taken on key roles in nine other films, including the upcoming action adventure Uncharted with Mark Wahlberg.

This week it was announced he will portray legendary actor Fred Astaire in a major biopic.

Thankfully, Tom has a special someone in his life who understands the pressures of Hollywood. Earlier this summer it was confirmed that he is in a relationship with his Spider-Man co-star Zendaya, 25.

Two friends coming together, experiencing this world, going through the same problems at the same time, having a shoulder to cry on, has been a huge thing for the pair of us.

They were spotted kissing in a Los Angeles car park and he has since said they “love each other very much”. Fans will get to see them re-enacting that passion onscreen, because Spider-Man’s love interest is Zendaya’s character MJ.

Having reportedly been dating on and off for four years, Tom and Zendaya — who has won an Emmy for TV series Euphoria — found common ground in sudden stardom.

Tom says: “Two friends coming together, experiencing this world, going through the same problems at the same time, having a shoulder to cry on, has been a huge thing for the pair of us.”

Even though he is earning a reported £5million per movie, it is perhaps understandable that Tom has experienced some anxiety. When it was first announced that Andrew Garfield would be passing the red-and-blue latex suit to Tom, fans poured scorn on the project.

There was little appetite for a third go at Spider-Man, with most film-goers believing that Maguire’s original could never be topped. Even Tom’s parents had doubts when he made his first foray into showbusiness.

Stand-up comic dad Dominic and photographer mum Nikki chuckled when the then nine-year-old said he was going to audition for the part of Billy Elliot on the London stage. Tom, from Kingston upon Thames, south west London, hadn’t even secured a speaking part in a school play, couldn’t sing and had never done ballet.

The judges at the 2006 audition turned him down because Tom couldn’t dance, but director Stephen Daldry, who had made the Oscar-nominated movie with Jamie Bell in 2000, overruled them.

An eye-catching performance in The Impossible in 2012, which was based upon the true story of a family who survived the 2004 tsunami, made him one of the very long list of contenders to replace Garfield. What counted in his favour, it seems, was that he was no Brad Pitt.

Tom told Graham Norton that on his drive to his final audition the chauffeur told him: “You know what kid? I think you’re going to get it.” When Tom asked why, the man replied: “Because the kid that I just drove there, is too good looking.”

That would make sense because Peter Parker — Spider-Man’s school boy alias — is supposed to be a regular kid, who is bullied and unpopular with girls. Another advantage Tom had was his youthful appearance. And at 5ft 8in, he wouldn’t look out of place in a classroom.

It was clear from meeting him back in 2016 on the set of Spider-Man: Homecoming — his second outing as the superhero following his appearance in Marvel Studio’s Captain America: Civil War — that he had the charisma needed to conquer Hollywood.

Charming and funny off-screen, Tom was totally relaxed when the camera rolled.
And Tom wasn’t the first actor to fall for his MJ. Garfield coupled up with Emma Stone, 33, and Maguire dated Kirsten Dunst, 39, after they starred together.

Having her in my life was so instrumental to my sanity. She is so good at being the role model for young guys and girls.

Now his relationship with Zendaya is out in the open, he has praised her for helping him to cope with the attention of selfie hunters. He said: “When everyone’s telling you that you’re the best thing in the world, you can believe that.

“Having her in my life was so instrumental to my sanity. She is so good at being the role model for young guys and girls. When anyone comes up, like, ‘Can I have a picture?’ It’s never a bad time. Whereas my initial reaction was, ‘Why are you talking to me? Leave me alone’.”

Their chemistry was plain to see on Sunday, when they posed for the cameras at the premiere of No Way Home in London. They also turned heads at the Ballon d’Or gala in Paris last month where football nut Tom met stars such as Lionel Messi.

One other person who also struggled with Tom’s fame is his dad. Dominic, 54, had a breakdown after his own career as a comic stalled.

The former Perrier Best Newcomer Award-winner has written frankly about finding himself in the shadow of his talented son in his book, Eclipsed, released in 2017. Now his other three sons could do the same. Twins Harry and Sam, 22, and 17-year-old Paddy are all trying their hand at acting.

As his brothers follow in his footsteps, the question now is how long it will be before Tom tires of being a superhero? He has said he will ditch the latex by the time he is 30. No Way Home, which also stars Benedict Cumberbatch as Doctor Strange and Jacob Batalon as Peter's best friend Ned, marks the end of his contract.

This is the end of the trilogy and it’s very emotional for the three of us.

Tom said of the Homecoming series and his co-stars Zendaya and Jacob: “This is the end of the trilogy and it’s very emotional for the three of us.

"We started working together when we were 19 years old, we became fast friends and have grown up together and become a family outside of the Spider-Man universe so it’s kind of unclear as to what the future holds. To potentially walk away from the character is emotional.”

But Sony has already hinted there will be another Spidey trilogy and that they want Tom in it. With No Way Home sure to be a hit when it opens in the UK next Wednesday Tom could negotiate a megabucks deal. Not bad for a kid written off as a bit of a nobody. And, whatever happens, Tom insists: “Spider-Man will live on forever in me.” 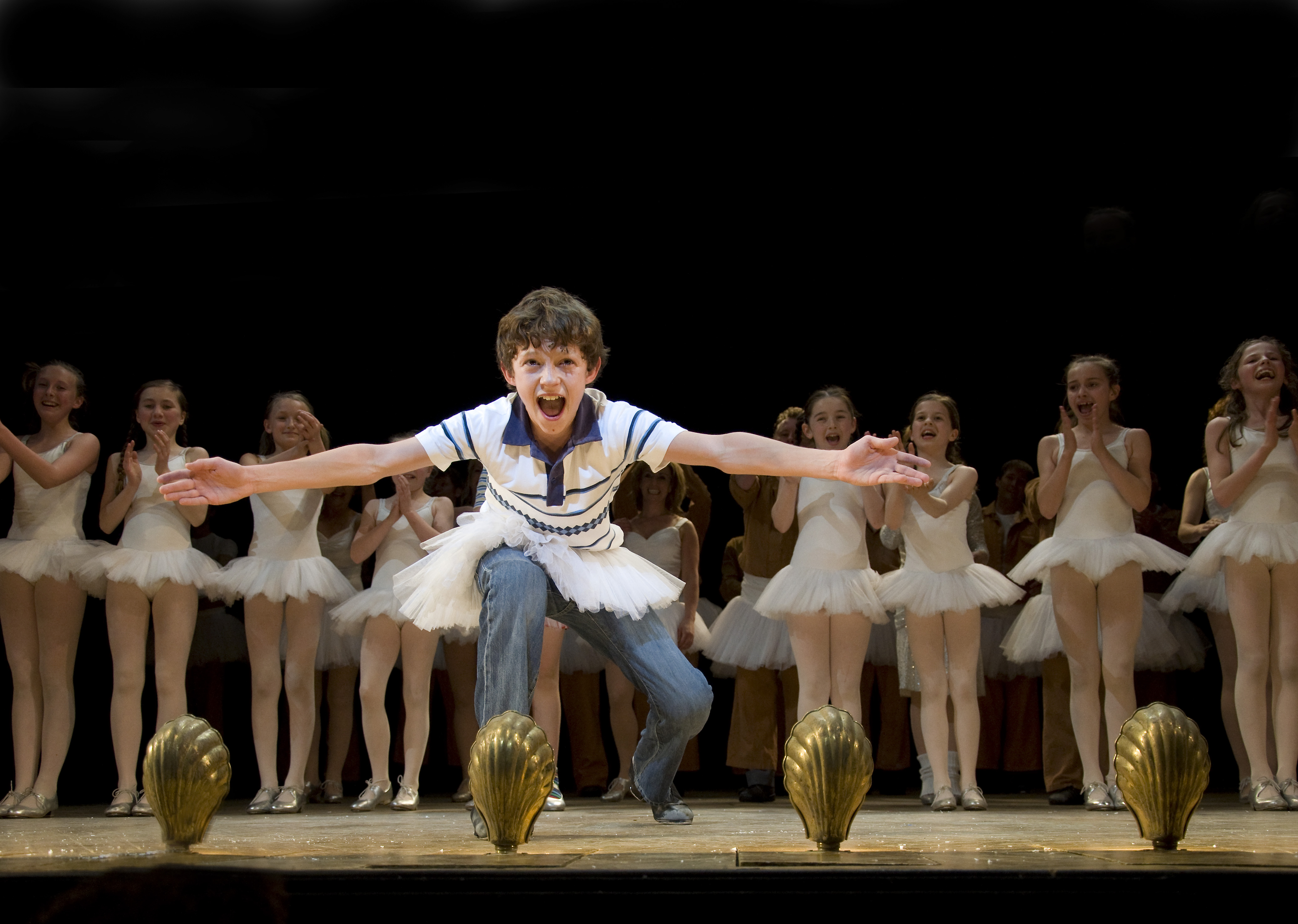 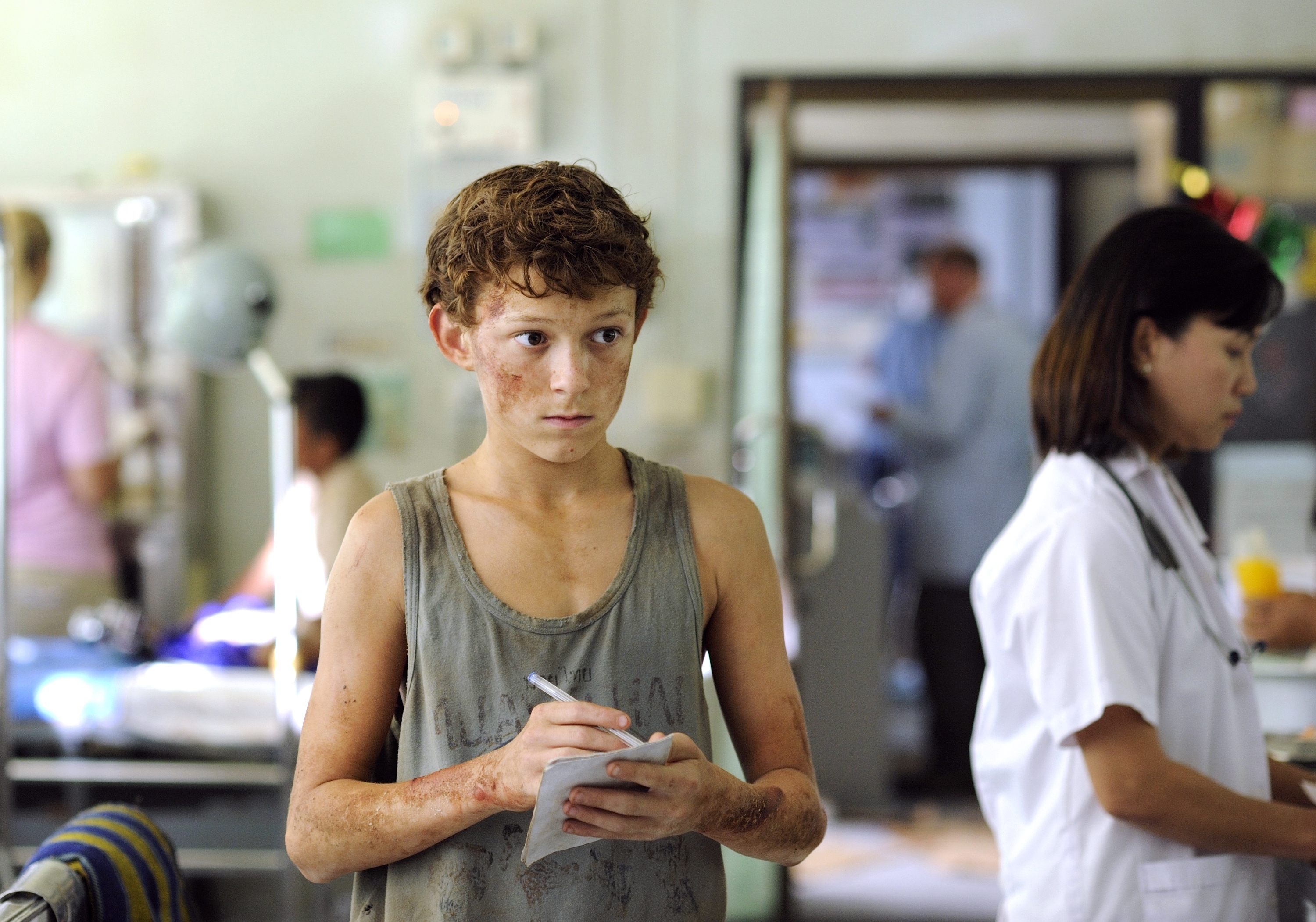 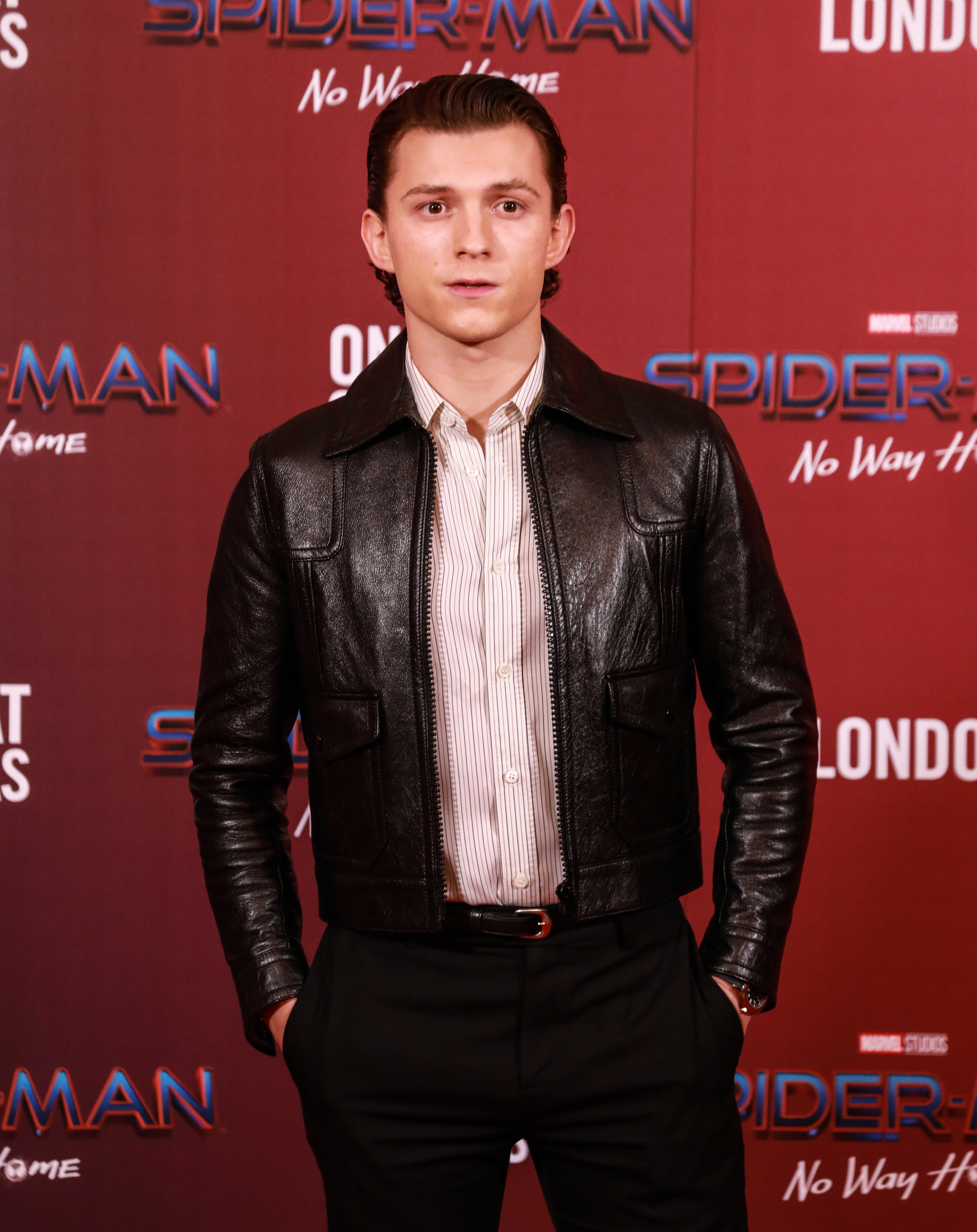 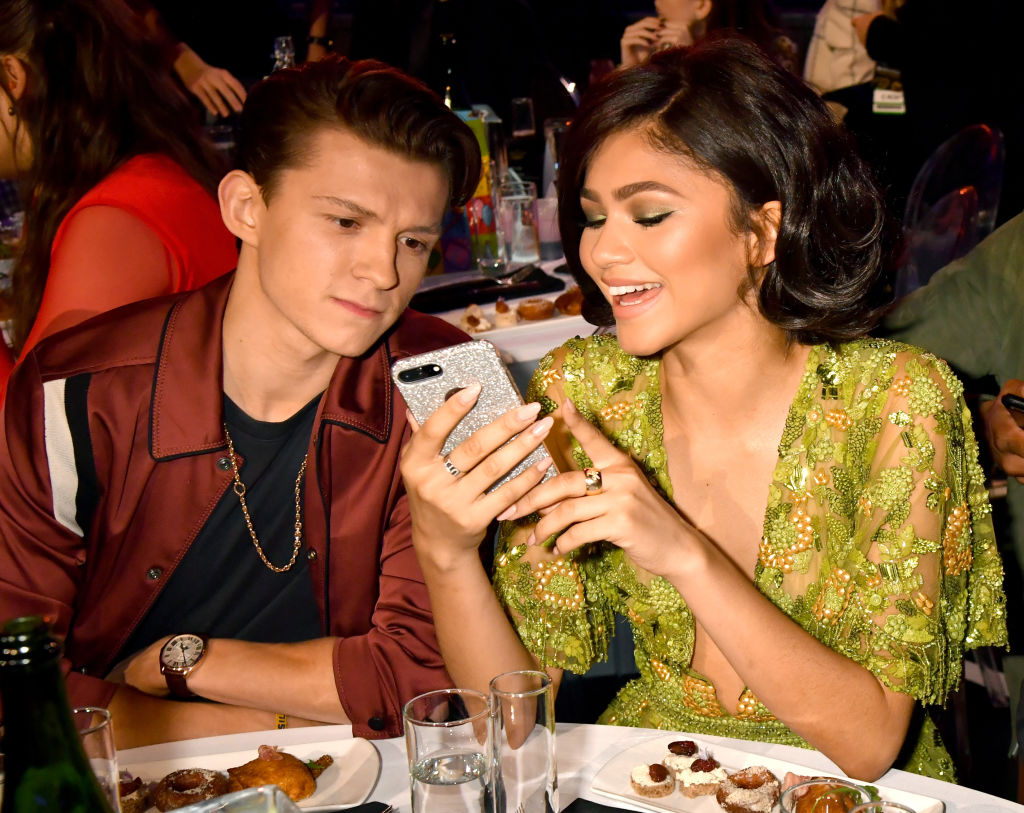 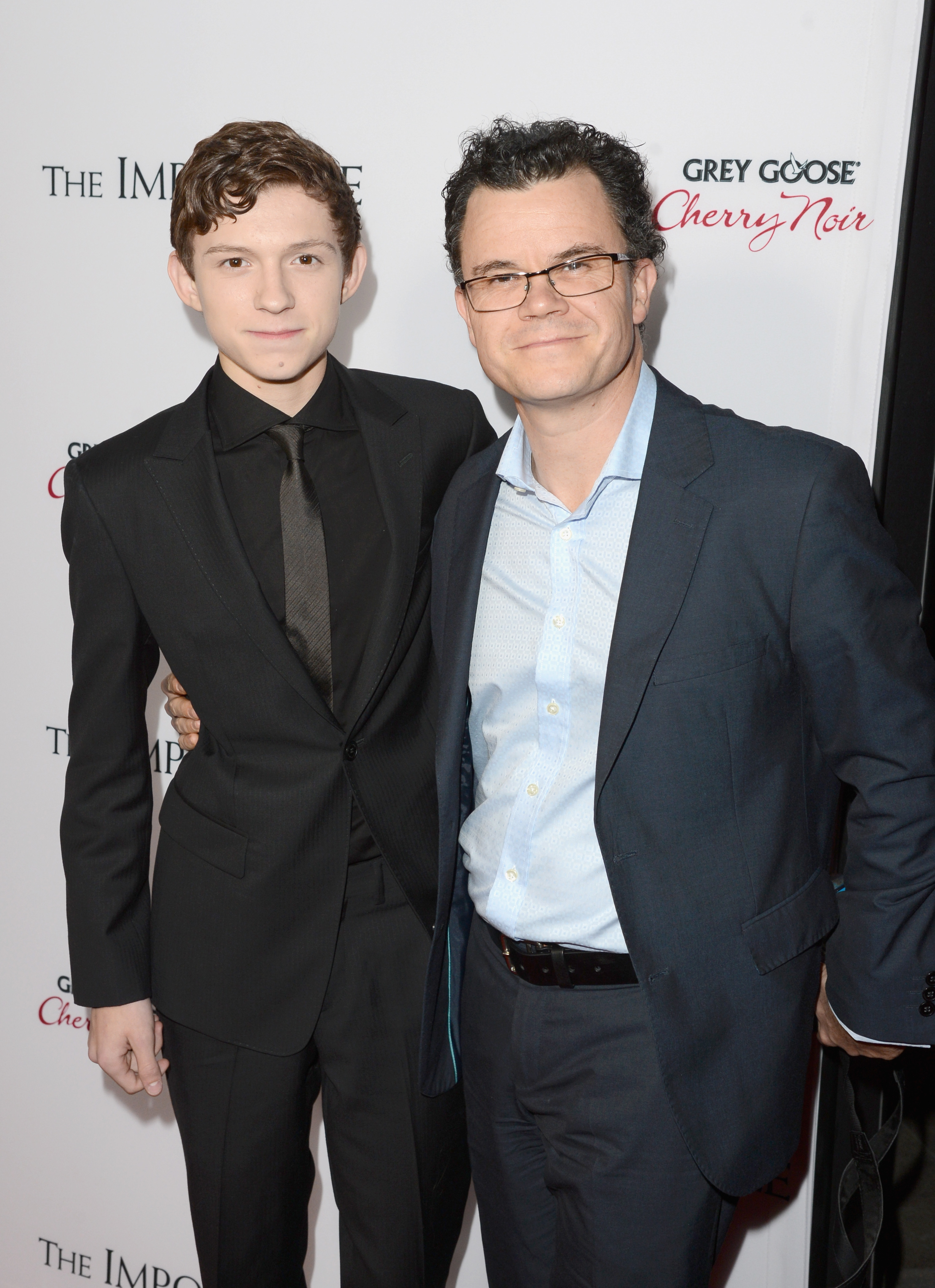