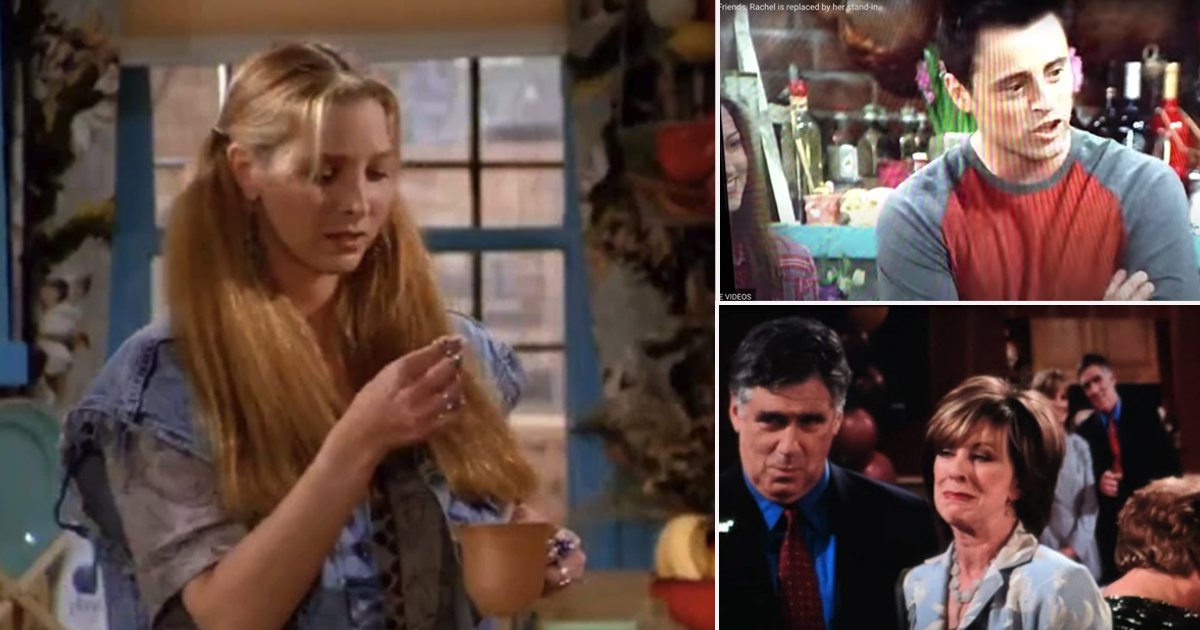 Most Friends fans have seen every single episode many, many times over – but these bloopers may still have passed you by.

The sitcom, which ran from 1994 until 2004, managed to rack up an impressive amount of editing errors – some of which are still only just being discovered.

Despite random extras popping up in place of the main stars and weird continuity errors, it was impossible not to love Ross, Rachel, Chandler, Monica, Joey and Phoebe.

With the Friends reunion having brought David Schwimmer, Jennifer Aniston. Matthew Perry, Courteney Cox, Matt Le Blanc and Lisa Kudrow back together, what better time to look back at all the bloopers you never noticed the first fifteen times around.

Phoebe reacting to herself

One eagle-eyed fan spotted that in the pilot episode of the show, The One Where Monica Gets a Roommate, Phoebe magically appears in two places at once.

The focus of the scene is her talking to Rachel, but as she says: ‘Oh I just pulled out four eyelashes, that can’t be good,’ another Phoebe is seen sitting on the sofa drinking a cup of coffee.

In season 9 episode 15, Rachel is seen speaking to Joey by the door, but when the camera cuts to Monica and then back to Joey, a random brunette woman is standing next to him instead of Rachel.

Viewers spotted that Rachel appeared to try and attempt to fly to Paris in The Last One (part two) with someone else’s passport, as the brunette in the picture definitely doesn’t appear to be her.

We all thought it was romantic that she got off the plane at the end… but it appears it wasn’t just because she wanted to come back to New York to Ross, but the fact that her passport was entirely bogus.

When Rachel tried to get on the plane with NOT RACHELâS PASSPORT #friends pic.twitter.com/KYr34QRswX