It’s a rare thing for the United Kingdom to walk away from the Eurovision Song Contest as a winner, so you can bet that whenever we get a chance to asking a UK champion for some advice, we’re going to take it.

With just two weeks to go until SuRie attempts to earn some elusive ‘douze points’ for the United Kingdom in the 2018 contest in Lisbon, Graham Norton found himself chatting to 1969 winner Lulu on his radio show today (April 28). 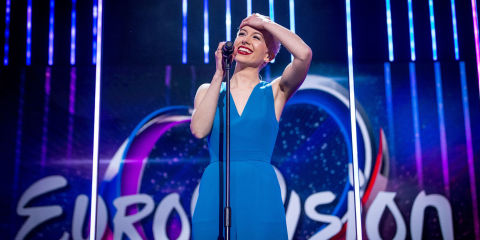 During the viewer questions portion of the interview, it wasn’t long before someone asked Lulu if she could give SuRie some tips for the contest, but the iconic singer instead dropped the bombshell that she doesn’t even watch the competition anymore.

“I can’t even watch it, I can’t,” she said in response, prompting official Eurovision commentator Graham Norton to take (mock) offence.

“It’s not you that I can’t watch,” Lulu clarified. “First of all, I get very fired up if I think something’s good and we don’t get the right number of votes. But when you’ve done it, like I did, it’s sort of like, ‘Oh god, got the t-shirt.”

Lulu won the competition in its 14th year with ‘Boom Bang-a-Bang’ and was declared a joint winner alongside Spain, the Netherlands and France as there was no rule for a tie-break situation at the time.

Still, even if she doesn’t exactly sit down to watch during a European-themed party and play the Eurovision drinking game (just us?), Lulu did add that it’s an honour to represent your country. 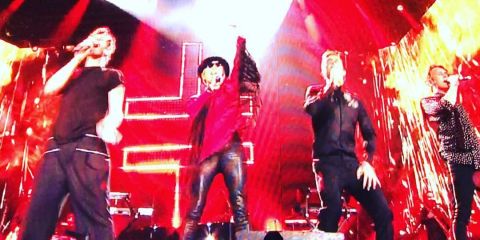 “I think today it’s a great honour,” she continued. “For a young act, it’s a fantastic platform – that’s exactly what it is.

“And we’re not giving up, this country never gives up, do we? We keep thinking, ‘We might win again!'”

The UK’s next shot at winning Eurovision comes with SuRie’s performance of ‘Storm’, where she’ll be performing alongside the likes of 2009 Eurovision winner Alexander Rybak, who will be representing Norway, and The X Factor 2016 runner-up Saara Aalto, who’ll be representing Finland.

The Eurovision Song Contest 2018 will air its grand final on BBC One on May 12, 2018, with Graham Norton covering all of the highlights (and lowlights) live from Lisbon.