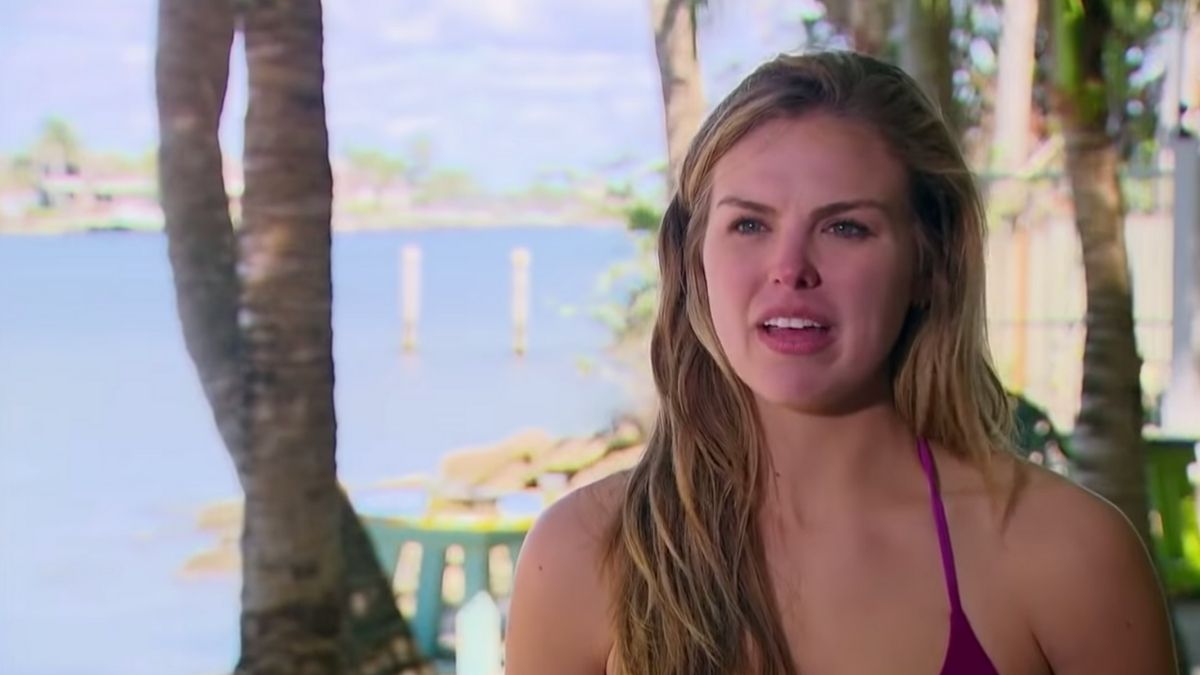 She stepped away from social media for a couple of weeks to reflect on her use of the word in an Instagram Story, but came back with a big apology and revealed she was doing some continuous education.

Since then, she’s been traveling a bit, focusing on her family, and starting a new chapter in Los Angeles.

This week, Hannah revealed that she was taking some time away from her life for a little getaway. She shared a photo of herself to Instagramt that has fans talking.

The photo shows her holding a clear wine glass in an odd pose. The glass blends into her dress, so if you look at it quickly, it looks like she’s holding her belly. 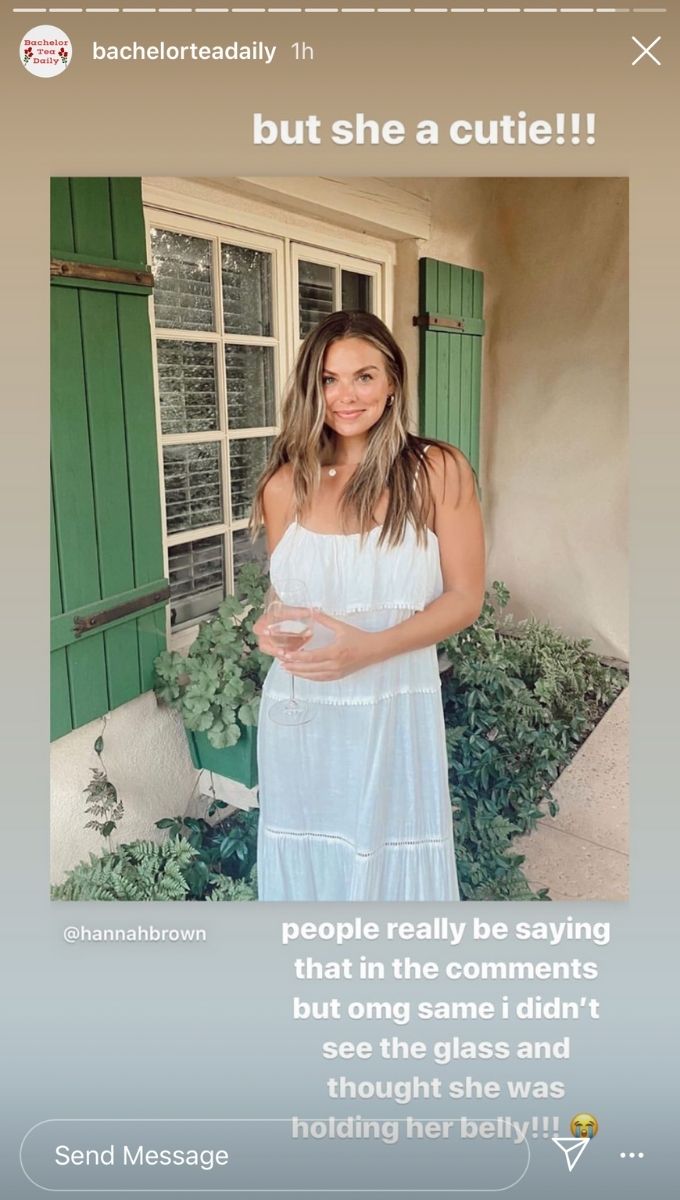 At first glance, it may appear that she’s sharing a pregnancy announcement. But on closer inspection, it seems unlikely that that was the intention of the photo.

Bachelor fan account @bachelorteadaily shared the photo and confirmed that many fans were confused by it.

If Hannah was indeed pregnant, fans could have many questions about who the father could be. We already know that she’s not dating Tyler Cameron despite being with him in quarantine for a month in the spring.

Earlier this year, Hannah revealed that she was regretful rewatching herself turn down Tyler’s proposal on The Bachelorette.

As fans recall, she chose to turn down Tyler’s proposal in favor of Jed Wyatt. After the finale, she learned that Jed had been keeping a relationship secret at home.

She hasn’t talked about Jed for a long time. He has moved on with a new girlfriend, who he recently was planning on moving in with. Hannah is still single, but that’s not for lack of trying.

This week, Hannah made another reference to her Bachelorette days as she went past a windmill. She joked about her time in the Fantasy Suite with Peter Weber. As he started his journey as The Bachelor, she went on the show to see if they had any unresolved feelings to work out.

He ultimately sent her home to explore the new relationships with the women. He’s currently dating Kelley Flanagan, whom he sent home during Week 6.

The Bachelorette premieres Tuesday, October 13, at 8/7c on ABC.