Warning: This article contains spoilers for Fear the Walking Dead 4.03, ‘Good Out Here’.

Things got very, very real on Fear The Walking Dead this week (April 29) when the characters were faced with a devastating blow… and fans were left completely shocked as well. 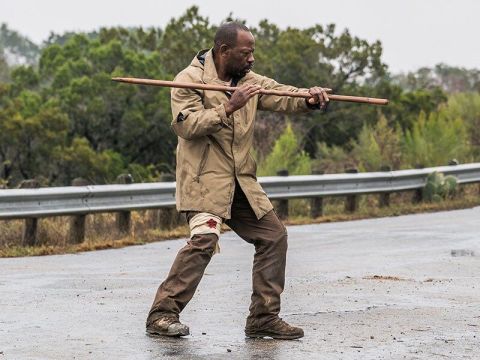 Sunday’s edition of the zombie drama really did pull a fast one on viewers when it suddenly decided to bump off the very central character Nick Clark (Frank Stephenson Dillane). Charlie fatally shot Nick to avenge Nick’s murder of her father figure Ennis, and fans were absolutely horrified and totally surprised:

What’s more, a lot of them were VERY mad about the decision:

But on the (vaguely) bright side, we’ll still be catching glimpses of Nick in flashbacks. Thanks to the two timelines running concurrently during this series, we won’t see Nick in the present any more, but we’ll still get to follow his plot in the baseball stadium where he fights for survival with the Vultures gathering around. So that’s a (very) small nugget of comfort for Nick fans, at least.

This bombshell blows the plot wide open. No one is safe any more, so if you keep on watching (and of course you will), you might want to brace yourself for the bombshells yet to come.