The Eurovision Song Contest 2019 looks set to be won by Netherlands is bookmakers odds are anything to go by but they had yet to secure their place in the grand final, taking to the stage tonight in the second semi-final of the week.

BBC radio presenters Scott Mills, 45, and Rylan Clark-Neal, 30, are back to host the coverage of the event on BBC 4 live from Tel Aviv in Israel.

Tuesday night’s first semi-final saw 17 countries battle in out to take one of the 10 places in Saturday’s final, with the countries of the Big 5 (UK, France, Italy, Spain and Germany) alongside host country Israel, filling up the other six.

Although Australia blew fans away with their semi-final performance, Netherlands are still in pole position and with only 10 places left, the competition looks set to step up a gear tonight. 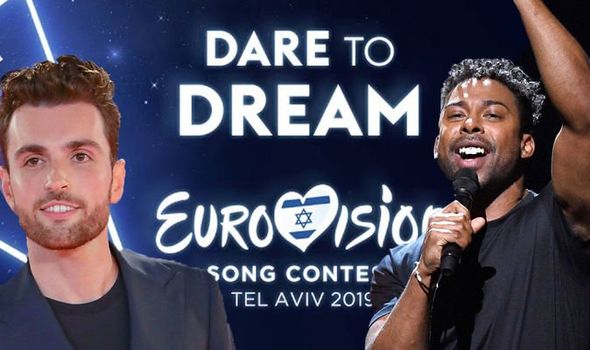 Viewers can enjoy performances from singers across the continent with the likes of Armenia, Ireland, Moldova, Switzerland and Latvia set to take to the stage.

Ahead of this evening’s semi-final bookmakers Coral declared Netherlands as the ones to beat, cutting their odds from 2-1 from Tuesday night, to 6-5 the day of their performance.

There lead looks health against current runners up Sweden who are 5-1, with semi final number one favourites Australia, Iceland and Russia holding joint third position at 8-1.

Speaking of the latest odds, Coral’s Harry Aitkenhead said: “We are being inundated with bets on the Netherlands winning this weekend’s Eurovision Song Contest and whilst we have had them down as favourites for a while now it’s a real shock just how short their odds have become.

“Punters are backing them as if it’s a mere formality.”