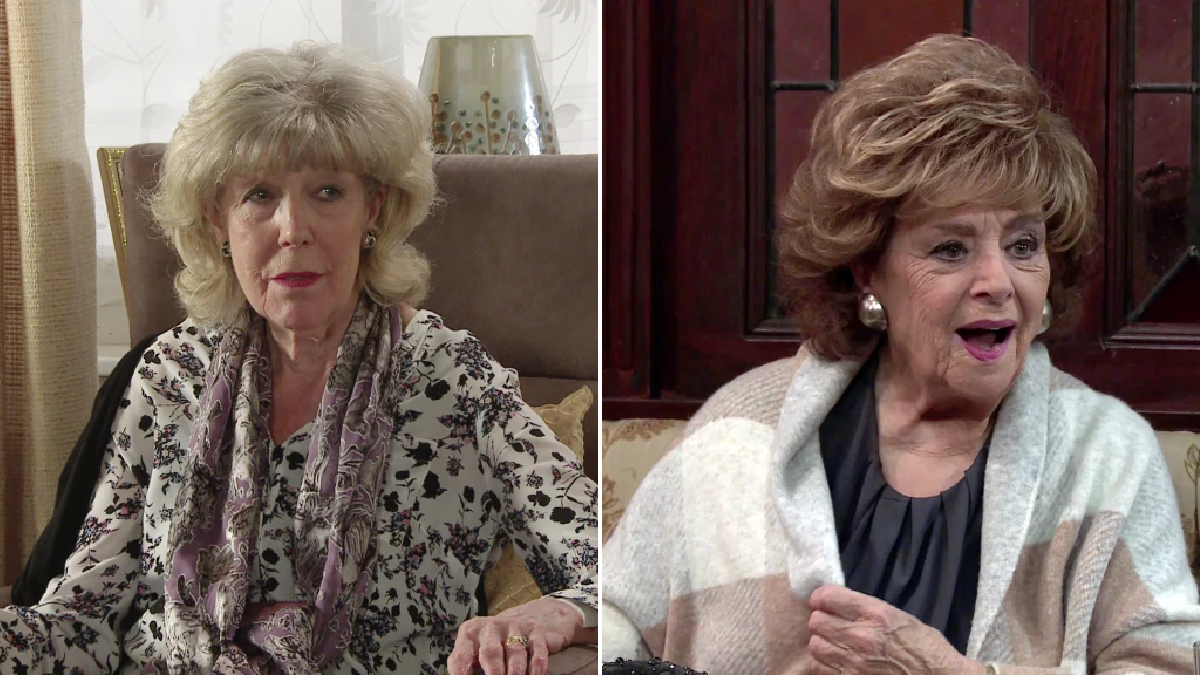 Audrey and Rita’s love/hate relationship has developed a lot over the past 30-odd years.

They sometimes get on but, on most occasions, the legends end up bickering over past events or petty mistakes.

A few years ago, a drunk Audrey mentioned Alf Roberts during a conversation with Rita.

Before Audrey married Alf, he was attracted to Rita and even drunkenly proposed to her three months before tying the knot with Audrey!

Most recently, during Norris’ funeral, his final speech to his pals revealed some shocking information about Rita, dropping the huge bombshell she used to visit Claudia’s (Rula Lenska) hair salon to have her colour done.

Coming up, with Gail (Helen Worth) concerned her mum is drinking too much, Shona (Julia Goulding) agrees to keep an eye on Audrey, so long as Gail bins the Thai brass elephant (Shona and Bernie are convinced the ornament is responsible for the negative energy in the Platts’ household…don’t ask).

Soon enough, Audrey goes walkabout and Gail finds her in the pub.

After an argument with Gail, Audrey sits beside Rita and they get talking, reaching the conclusion it’s best if they finally bury the hatchet.

Audrey and Rita raise a toast to growing old disgracefully – but is this foreshadowing more chaos as Audrey’s drinking spirals out of control?