Emmerdale star Matthew Wolfenden candidly opened up about suffering from depression during an appearance on Loose Women today (April 27).

The David Metcalfe actor was a guest panellist as part of a Loose Women & Men special when the topic of depression came up, with host Andrea McLean asking him about his own experience.

“I suffered from depression from the age of 23 to around 31,” David explained. “There were various things going on in my life when I was 23 and that’s why I never went to the doctor’s. 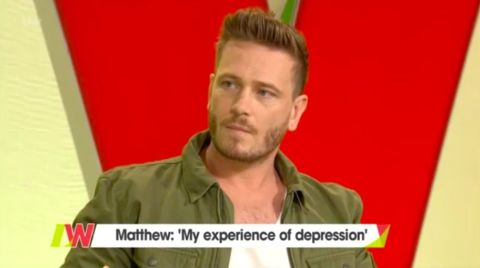 “The first think that the doctor did at 23 was to give me a prescription for antidepressants. He didn’t say, ‘Go talk to someone’, talking therapy, anything like that. It was straight away, ‘Antidepressants, there you go’.”

David argued that being on medication was “masking the fact that you’ve got depression”, continuing: “I’d gone through quite a big operation and I spent a lot of time in bed laid up in a small flat in London.

“I got lower and lower and lower, and I had to quit my job. I was working in the West End. I had to take a sabbatical from that. And I just said, ‘This is how I feel’, and literally I was in there five minutes and I came out with a prescription for antidepressants. 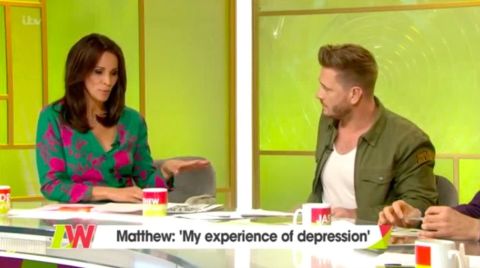 “I was on them for eight years. It wasn’t until my now-wife said to me, ‘Maybe you should get some talking therapy, some CBT (cognitive behavioural therapy)?'”

Andrea then asked if he agreed that men perceived depression as a weakness, to which he replied: “I do.

“That period of my life, I had some amazing things happen – I met my now-wife, we had a baby, I got Emmerdale. Things in my life were fantastic, but it’s not about that. That period of my life I almost looked back with embarrassment, like it was a weakness. Now I don’t.”

Readers affected by the issues raised in this story are encouraged to contact Samaritans free on 116 123 (www.samaritans.org) or Mind on 0300 123 3393 (www.mind.org.uk). Readers in the US are encouraged to visit mentalhealth.gov or the American Foundation for Suicide Prevention.

First step on Boris’s roadmap out of lockdown revealed: All schools WILL reopen on March 8, with outdoor gatherings widened three weeks later… but agony…