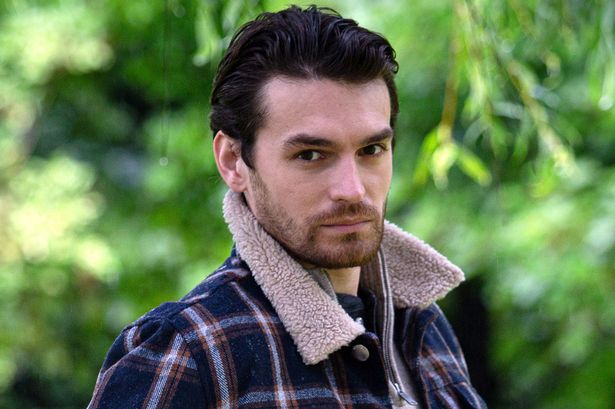 Mackenzie Boyd (Lawrence Robb) has certainly got Emmerdale fans talking since his arrival in 2020.

Sarcastic and a bit of a troublemaker, Mackenzie’s first few months in the village largely focused on him getting to know Moira (Natalie J Robb) again, clashing with Cain (Jeff Hordley) and flirting with well, to quote Lawrence Robb from our recent interview, ‘anything that had a pulse’.

Life in the Dales now is quite different for Mack. He’s working at the pub, living with partner Charity (Emma Atkins) – a far cry from the lone wolf he used to be and for Lawrence, he misses that side to his character!

‘I definitely do miss the lone wolf part because he was his own boss’, he told us.

‘He could do whatever he wanted, and he didn’t have to answer to another character. There was a period when I felt, as Lawrence, not as Mackenzie, that Mackenzie was almost following Charity around at times, almost like a little lap dog.

‘I think we’re breaking free of that mentality a little bit now and that’s exciting because he’s definitely a strong individual. That’s part of the reason that Charity fell for him initially, and because he was so carefree and having a laugh and just joked about.’

‘That was also probably what created a spark between him and Aaron – not that was ever necessarily anything romantic there, but it was good to just bounce off other characters that weren’t one person. So, I miss that part.’

Despite the fact Mackenzie has changed a lot, Lawrence really loves working closely with Emma Atkins:

‘But saying that, working with one person and getting to know them and how they work – Emma and I, every time we’ve got scenes together we call each other the day before to make sure everything is ready to go, which allows us to play on set and makes the whole thing far more enjoyable’, he explained.

‘You get to learn how someone works and the things they do and it makes the process more authentic. While we’re acting as Mackenzie and Charity there’s definitely little sprinklings of Lawrence and Emma in there too, which really brings the characters more to life in a way.’