Emmerdale fans have not seen Zak Dingle (played by Steve Halliwell) on screen for a few months. But it seems, following a mention of him this evening, he won’t be returning to the village anytime soon to sort out the mess the Dingle clan has created.

The episode kicked off with several Dingle’s standing outside Wishing Well Cottage, protesting against the breakfast which Lydia Hart (Karen Blick) had prepared for them.

“I’m not going back in there until it’s gone! I’ve got a good mind to call social services,” Mandy Dingle (Lisa Riley) remarked.

“You’re being ridiculous,” Lydia hit back.

Confused, Sam Dingle (James Hooton) asked: “Have we done something to upset you?” 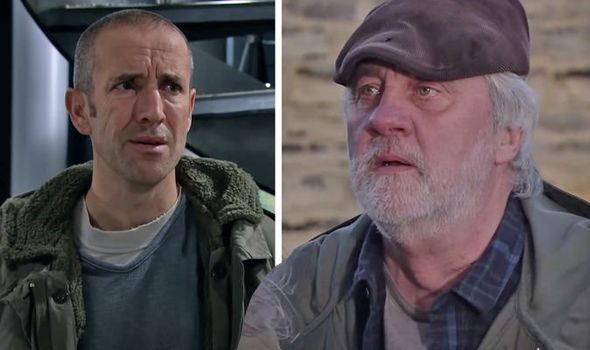 “No of course not, but a healthy breakfast will do us the world of good,” Lydia replied.

“All I’m suggesting, is we start the day with something which hasn’t been fried. One day only! It’s not the start of anything,” Lydia explained.

“Well, I’m just glad Uncle Zak isn’t here to witness this, because he’d had a few things to say about it mark my word,” Mandy commented.

“And did he have anything to say about moving Paul in?” Sam probed.

“Well, this and that. Nothing specific,” Mandy said, skirting around the subject.

“In a round about way,” Mandy continued but then confessed: “No.”

“Well he should know – it’s his house and he’s never even met the bloke!” Sam exclaimed.

The four were then interrupted by a police officer asking for Belle to accompany her to the station for questioning.

Emmerdale fans know how Jamie Tate (Alexander Lincoln) is turning on the Dingle’s and framing them for Moira Barton’s (Natalie J. Robb) hit and run.

With Nate Robinson (Jurell Carter) and Belle now suspects, as well as Chas Dingle (Lucy Pargeter) and Paddy Kirk (Dominic Brunt) at loggerheads, could Uncle Zak be called back to sort out this mess?

Either way, he won’t be happy to hear about what has been going on in his absence, perhaps he will just tell them to get on with it.

Those watching at home have noticed his absence, taking to Twitter one said: “Miss zak in Emmerdale, hope returns soon.”

“Zak is needed back in @emmerdale,” another wrote.

“When zak eventually returns would  love zak cain and mandy scenes,” someone else mentioned.