In Emmerdale scenes set to air later this week, Mandy Dingle (played by Lisa Riley) came face to face with her ex-Paul Ashdale (Reece Dinsdale), father of her son Vinny Dingle (Bradley Johnson). But what does he want and why is he in the Dales?

Mandy has been a firm favourite with soap fans, despite a 17-year hiatus from the show.

Last year, she and son Vinny returned briefly before making an official comeback and since then, she has been embroiled and started many dramas amongst the Dingle clan and village residents.

In recent months, the part-time beautician and Woolpack barmaid has settled into life nicely, but a new storyline is emerging as viewers get to explore her past a little more.

Official soap spoiler images have revealed Mandy bumping into Paul, and according to a preview clip, it seems he is wanting to develop a relationship with his son, but is this all he is after? 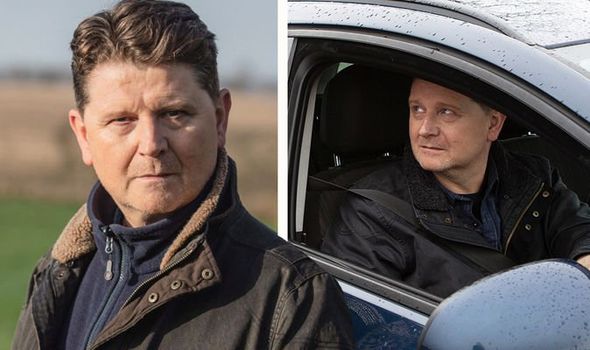 During a recent press conference with some of the Emmerdale cast, Express.co.uk got to ask the actors who play Mandy and Paul about the upcoming plot.

When asked whether or not Mandy knew Paul was arriving in the village, Lisa explained: “No, not an absolute clue, thought that he’d left forever.”

And Reece added: “Paul has tracked her down because they were in a relationship in the past and he knew where the family lived, although he’d never been, he knew the town they were from so has gone there to look for them, to ask around.

“And then on the road in, who does he bump into?” He teased.

Interjecting, Lisa diverged and said: “Jane our Executive Producer made a great point in that she said, when you remember Mandy, 17 and a half years in an awful long time that we didn’t see her. 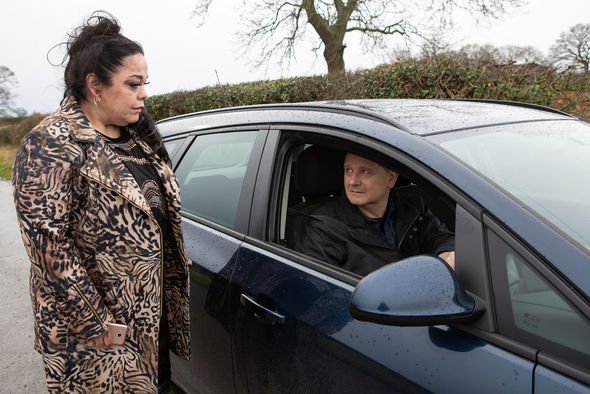 “So avenues where we can go with this, there are so many, and of course everyone starts speculating as they always do, think they’ve worked out the ending.

“But I think for us as actors, that’s brilliant because there’s going to be so many layers of who he is, that’s going to come to fruition,” Lisa revealed.

While Paul is determined to build a relationship with Vinny, what about repairing things with Mandy?

“There’s a question!” Reece teased. “I would be guessing at that at the moment because you can only get

what you can get from your scripts and what you’ve been told, but my hunch would be, yes – because he comes back and is full of admiration for what she’s done and whatever reason he went away, it wasn’t her. 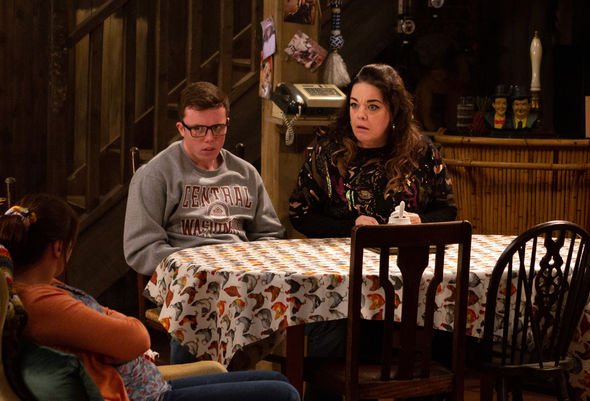 “And so my hunch is that yes he’s very much coming back hoping that Mandy will take him back. But primary reason is Vinny.”

However, it seems Mandy could get in the way of Paul getting to know Vinny.

When asked whether Mandy was protecting herself or her son, Lisa revealed: “Vinny, fully.

“With Mandy, as always, she’ll play bravado, as she does with anything. Then she’ll probably go to either Kerry or to Lydia currently and say, ‘I don’t know why this is happening, why am I feeling that way.’

“But she’d never show it, certainly not at the moment where we’re at. She’ll say to Lydia help, ‘how do I get out of this.’

“But then you have to remember Lydia’s also got a story running where she lost her parent, so Lydia will keep saying, ‘People do changeMandy….’

While viewers know Mandy can sometimes be melodramatic, what really happened between her and Paul all those years ago?