Megan, played by Gaynor Faye in the ITV soap, and Joe Tate’s enigmatic right-hand man recently enjoyed a romp together, behind the back of her long-term partner Frank Clayton after she wrongly jumped to the conclusion that he was cheating on her. 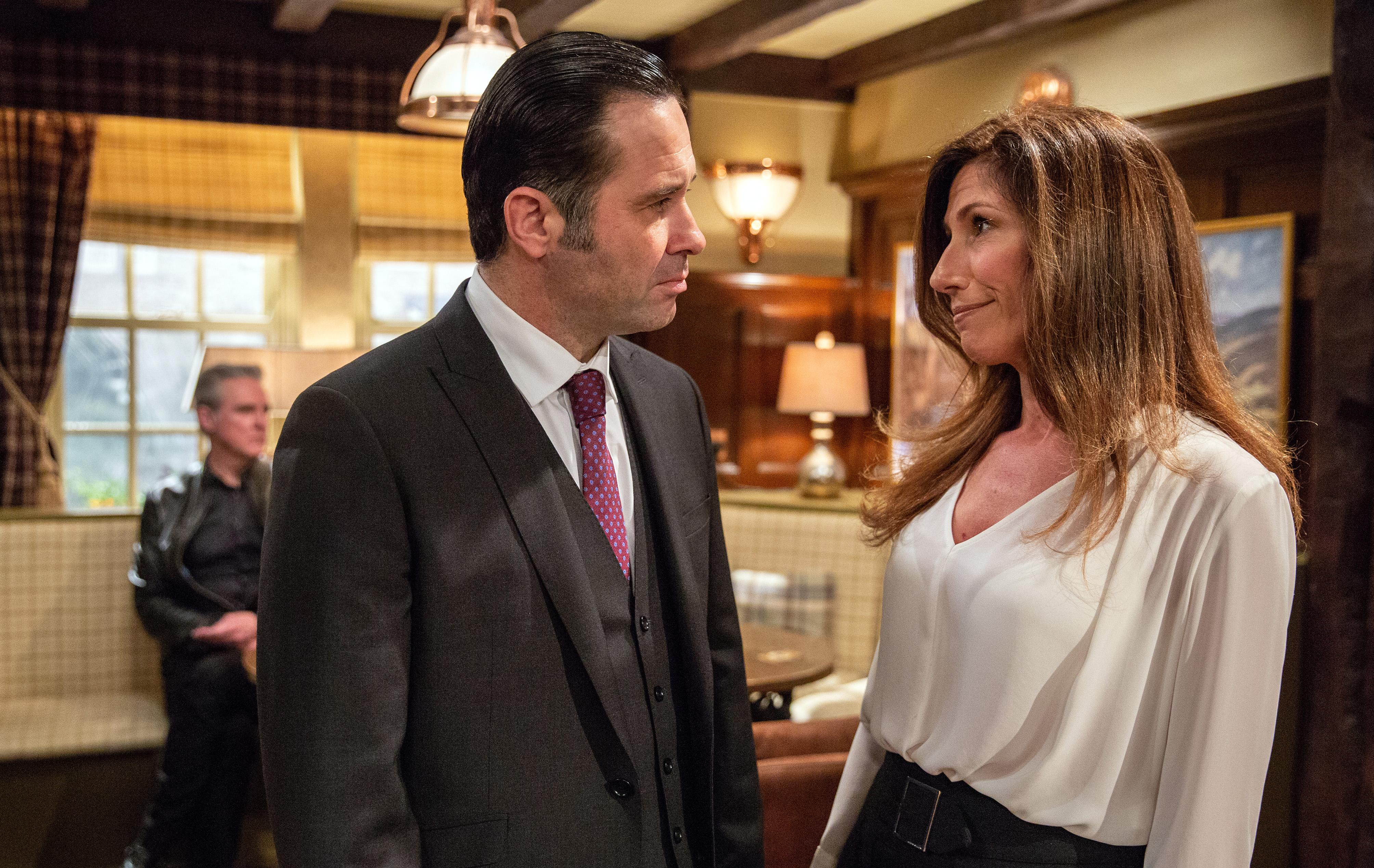 She got the wrong end of the stick when she overheard him whispering on the phone to someone, unaware that he was actually speaking to a jeweller about a ring as he was planning on proposing to her!

Frank previously cheated on Megan with Charity Dingle so you can’t blame her for jumping to the worst conclusion.

Despite initially not accepting Frank’s proposal, Megan eventually said yes so is obviously keen to keep her romp with Graham secret.

So far Megan and Graham have been able to keep their indiscretion from Frank, despite his daughter Tracy Metcalfe overhearing them talking about it in the Woolpack loos. 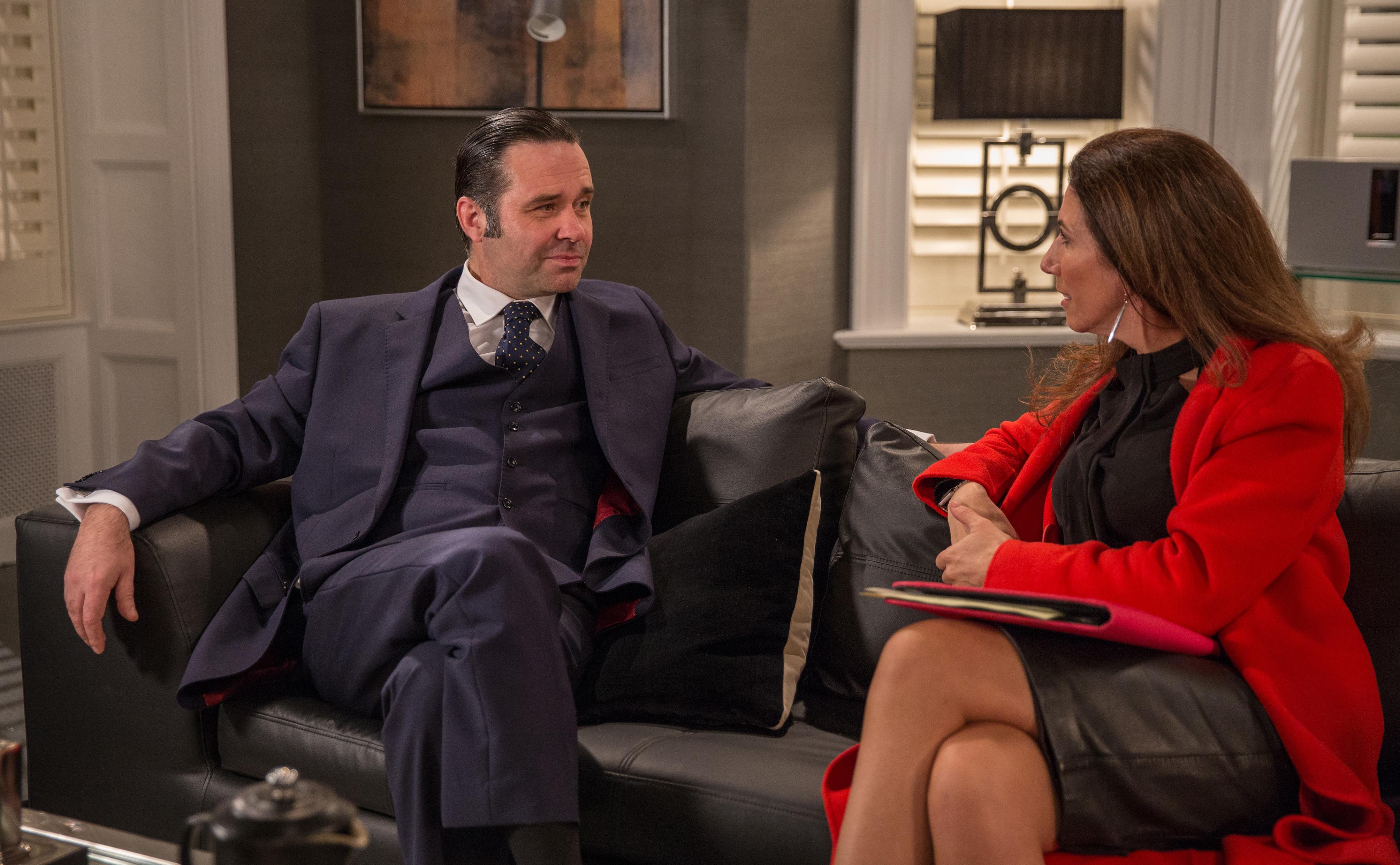 Megan managed to convince her step-daughter to keep her saucy secret but the women are concerned when oblivious Frank arranges to play a game of darts with Graham, former Downton Abbey actor Andrew Scarborough.

But when Megan accidentally gets locked in the pub toilets Graham is soon on hand.

But is he enjoying toying with the situation a bit too much? Especially since the obvious attraction between him and Megan is still strong. Will newly-engaged Megan be tempted again by mysterious Graham?