He is about to make his way back to the ITV village for an exciting new job in the vets.

No-one is more pleased than Rhona Goskirk (Zoe Henry) to hear Jamie is one of their candidates and rushes to tell Kim Tate (Claire King) her boy will be back.

However, Paddy Kirk (Dominic Brunt) isn’t best pleased, fearing the apple won’t have fallen too far from the tree with Jamie.

But Rhona urges Paddy to give him a chance and thankfully, he does.

Jamie doesn’t do much for relations, however, when he fails to turn up for his planned interview – and Kim is devastated as well.

The newcomer leaves the surgery a voicemail message and he couldn’t be more apologetic for his absence.

And it’s good news for everyone as he insists he’s still keen on the role.

However, when he finally does arrive, things don’t go exactly to plan.

While driving into the village, Megan Macey (Gaynor Faye) runs into his car while she is too busy texting. 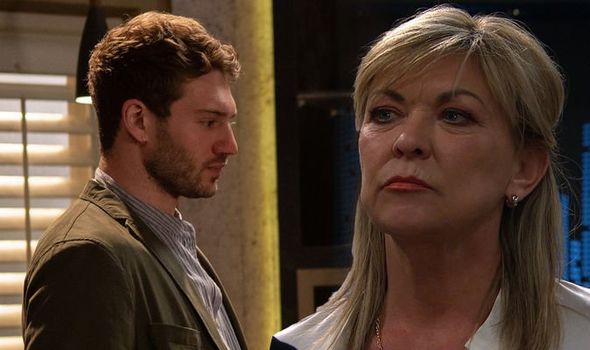 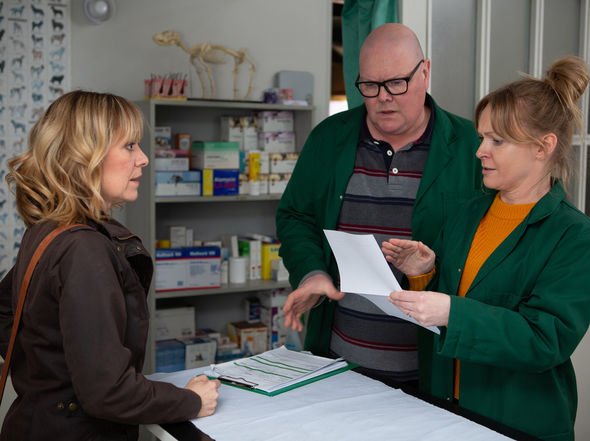 When Jamie tries to salvage the situation, he ends up crashing into an unexpected Eric Pollard (Chris Chittell).

Later on in the week, Kim somehow manages to pinch Jamie’s car keys.

He isn’t happy when he has to go to her house to demand the keys back but she innocently insists she doesn’t know where they are.

Of course, she does, she just wants to spend some time with her boy.

But with the pair not getting on at all, will they be able to put their differences behind them as Jamie returns to Emmerdale for good? 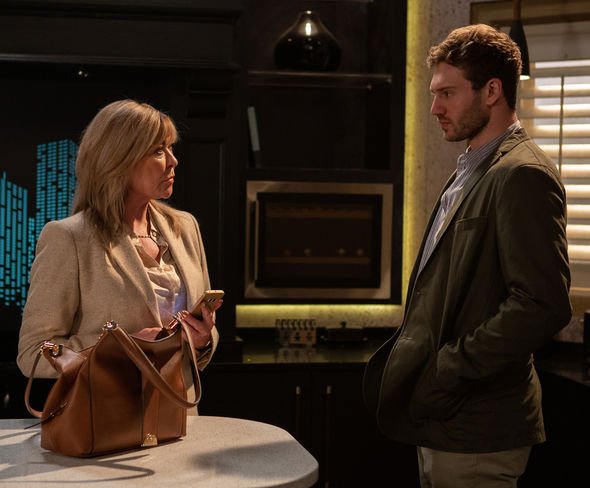 She has been leading on Jacob Gallagher (Joe-Warren Plant) for months but she is finally about to get her comeuppance.

Some think she might get in a deadly fight with Leyla Harding (Roxy Shahidi), who is Jacob’s real mum.

Actress Louisa recently spilled on some “physical scenes” hinting towards a violent clash.