Emmerdale resident Belle Dingle (played by Eden Taylor-Draper) saw herself put into a sticky situation last night when she was questioned for the hit-and-run on Moira (Natalie J Robb), which was committed by her boyfriend Jamie Tate (Alexander Lincoln). However, when Belle was quizzed about Jamie’s rival Nate Robinson (Jurrel Carter), fans noticed a huge error after the police officer referred to him as her “cousin” when he is, in fact, her nephew.

Jamie has turned to the more traditional Tate approach in recent weeks after he was involved in the accident which left Moira for dead.

Luckily, the farm owner has now recovered but as the investigation goes on, Jamie made a more dangerous move and decided to shift the blame.

He has tried to convince the police it is Belle and Nate who are responsible, with the former accused by Jamie of being behind the wheel.

But with the police still unsure who to believe, they brought Belle in for questioning last night – which led to a huge blunder. 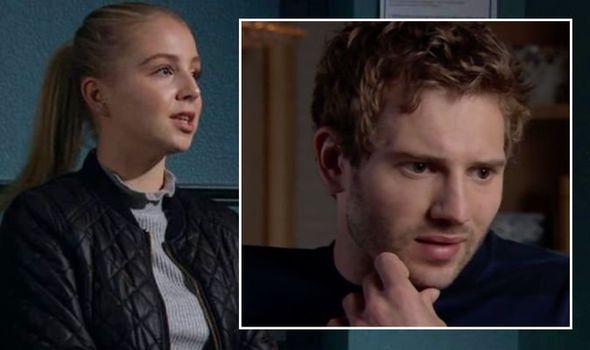 When Belle arrived at the police station, she was asked whether she was there to save her “cousin in need.”

Clearly referring to Nate, fans pointed out the error as they corrected the layout of the Dingle family tree.

Belle and Cain are half-siblings, both children of Zak Dingle (Steve Halliwell) – who is Nate’s grandfather.

This means Belle is Nate’s aunt, not his cousin – which fans soon picked up on. 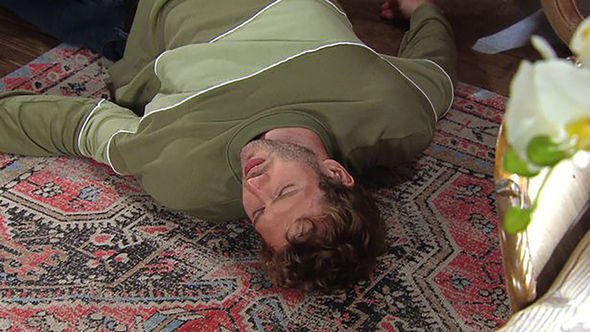 Taking to Twitter, one shared: “Just in case people forgot or didn’t know, believe it or not, Belle is Nate’s aunty! I never would’ve thought that but that’s how it is #Emmerdale.”

Another echoed: “‘Cousin in need?’ Someone needs to explain the relationship between a man and his dad’s sister to PC Clueless lol #emmerdale #dingle.”

“Nate is Belle’s nephew because Cain is her brother. #Emmerdale,” noted a third.

Elsewhere in the instalment, there was a clear continuity error when Jamie Skyped his mum Kim Tate (Claire King).

Fans know Kim will be returning to the Dales soon but in the meantime, she was quietly plotting with her son from afar.

Giving Kim an update about what was happening, Jamie seemed to have turned on both Andrea (Anna Nightingale) and girlfriend Belle.

But while explaining the situation, Kim soon gave him a warning to be careful of both women – in case they decided to plot together.

Although Jamie realised Kim had a point, it was something else which caught the attention of those watching.

In the scene with Kim, Jamie’s hair was seen looking longer and more curly than in the scene to follow.

One fan questioned: “Did Jamie have a quick haircut in between scenes in tonight’s #Emmerdale?”

“Who cut Jamie’s hair so quickly? #Emmerdale,” shared another.

“#Emmerdale So Jamie got his hair cut between scenes, did he? No continuity nowadays, as well as no decent storylines,” added a third.