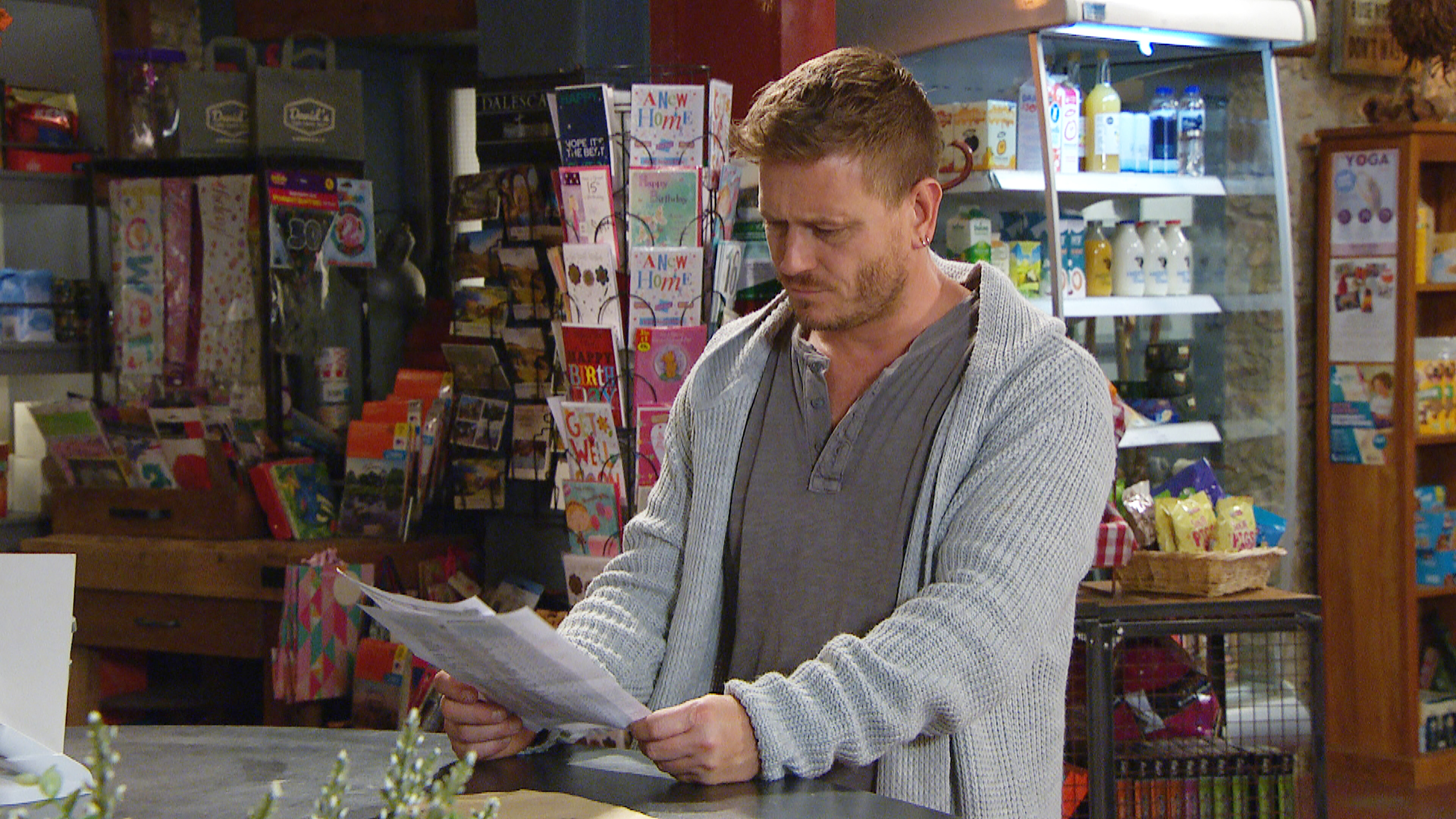 As we head towards the festive period, one character on Emmerdale is hoping that festive decorations might bring a change of fortune.

After putting a speeding fine in partner Victoria (Isabel Hodgins)’s name to avoid losing his license, things come back to bite him when Victoria is stopped by the police for driving through a red light and David has to admit what he’s done.

Following this, Victoria decides to move out of the house. She packs up all her and Harry’s belongings and prepares to move into Dale View with Wendy (Susan Cookson).

David’s heartbroken and desperate to win her back. Meanwhile Pollard (Chris Chittell), in an attempt to rescue the ailing shop, installs Bear (Joshua Richards) as the new delivery driver, much to David’s irritation.

But it’s a conversation with sympathetic Bear that gives David his next bright idea.

He decks the halls – or the shop, at least – with enough Christmas decorations to light up half the Dales.

Leyla (Roxy Shahidi) and Pollard are shocked to see the winter wonderland that’s suddenly sprouted up in the village – and they’re concerned that David has made yet another bad decision by spending lavish amounts of money that he can’t afford in an effort to boost his business and hopefully win back Victoria.